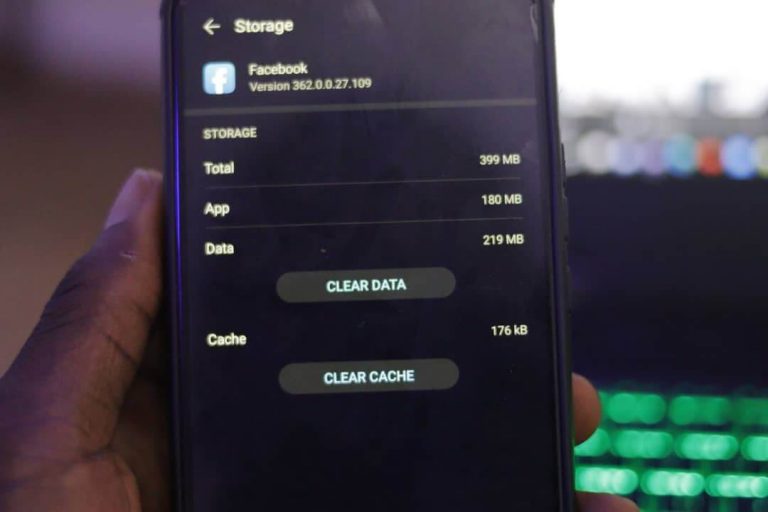 Managing storage space can be quite a bother, especially when your phone keeps lagging while using it. So apart from permanently deleting files to free up space, another recommended fix would be to clear your device’s cache so that it can begin to function as well as it should.

While this is an easy suggestion, people often wonder what clearing cache does, what happens when you choose that function, and if clearing cache deletes pictures and other essential files. This article will provide the answers to these questions.

What Does Clear Cached Data Mean on Android

Clear cached data on Android is a prompt or a suggestion telling the user to clear their cached data from the apps on the phone. Cached data are temporarily stored data from apps that you use daily. For example, it could be pictures, videos, audio, or text on your Facebook, Instagram, or Twitter timeline.

When you use these apps on your phone, it saves data in the cache, so immediately you open the app again, you can resume from where you stopped. It is not only limited to apps but also involves the websites you use, and this data helps the app or the website reopen quickly.

What Happens When You Clear Cached Data?

When you clear cached data, it also deletes the information collected from the apps and websites. This info could be files or posts that the device stored temporarily. Clearing the cache would free up the data and release memory for your device to run smoothly. We recommend that you clear cache data when it has built up over a long period. Clearing your cache too regularly might cause the apps to have some avoidable glitches.

No, clearing cache will not delete pictures. It only removes the thumbnails that appear in your gallery. These thumbnails are stored in your cache and make it easy for your gallery app to open. However, it is not advisable to clear cache in your gallery or photos app because it immediately builds up when you open it again. The action is similar to pouring water on a rock, as any memory you get when you clear the cache of your photo app is used up again when you open the app.

What Happens When You Clear Data on Settings?

When you clear the apps’ data on settings, it will cause all login credentials and app preferences to be removed. This would be like you just installed it. The existing accounts would be cleared but not deleted, and you would have to restart and set up your account by entering your details.

For apps like WhatsApp, clearing user data would cause all the messages to be deleted if it has not been backed up on Google drive. Therefore, before clearing your app data in settings, we recommend you note passwords, login details, backup messages, and other valuable information.

What Happens If I Clear the Cache on Google Photos?

When you clear cache on Google photos, it only causes recent thumbnails to be removed. And so, clearing your phone’s cache will not cause your pictures or videos to be deleted. Instead, it would only clear out the current operations of the app, and as you use the app, the cache data would gradually build up as well.

Advantages and Disadvantages of Clearing Cache

Apart from its advantages, some disadvantages are also associated with clearing your phone’s cache. Here are some of them:

How To Clear Cache On Android Phones

Here is how to clear the cache on an android phone:

How To Clear Cache On iPhones

You can clear the cache on iPhones in two ways. For regular apps, it is similar to deleting user data. However, you can either erase the cache or the entire data for a browser, including the history of sites visited, cookies, etc. To avoid losing your login details, we recommend that you note them down before clearing the cache on your iPhone devices.

For clearing cache in Safari, the built-in browser in IOS, you should follow these steps:

For clearing cache in other apps, we recommend the following steps

How Often Should You Clear Cached Data?

It would help if you tried not to clear your cached data very often because cached data needs to build up before it starts making a difference in your storage space. And so, clearing your phone’s cache every day might affect the performance of your frequently used apps. Therefore, we recommend that you erase your cached data once a month for the best results so that this action will not negatively impact the overall functioning of your phone.

Should I Clear Cached Data on My Phone?

You should clear the cached data on your phone because it releases needed memory but does not delete essential files like saved pictures, videos, etc.
Clearing cached data becomes a preferred option since you get extra space in your device without losing any of your important documents.

No, cached data is not important. However, it helps to improve your experience when you’re using your apps. Cached data makes it easier to pick up from where you left off without any issue. For example, opening an app or a website you always use would be slower without cached data.

Clearing cache on your phone will not delete pictures saved, and this works for both your Android and iPhone devices. Clearing cached data also has numerous benefits, like freeing up needed space for your phone to perform smoothly.

However, you shouldn’t regularly clear the cache as it might cause some apps on the phone to start having problems. Other ways to free up your device’s storage include uninstalling heavy-duty apps, clearing user data, and getting an SDcard.