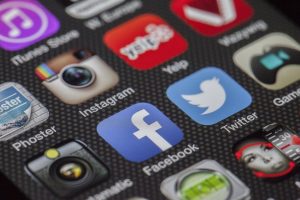 I remember the first “social media is dying” post that I read. It was early 2008 and MySpace was already showing signs of starting to implode upon itself. The article I read (wish I would have saved it) gave a very compelling argument about how social media was a fad and that privacy would eventually prevail once the glow of the “look at me” mentality that drives social media wears off.

It never did. It never will.

There’s no going back. Social media is the ultimate legal voyeurism into the lives of those we care about, whether we like them or not. We can see what our old high school friends are doing now. We can monitor the activities of our friends, family, coworkers, and anyone else of interest. We can keep track of the news as it’s unfolding, not told by a news anchor but told by the reactions of people we may or may not know.

Most importantly, it gives permanence to our escapades that the majority of humans like. We want to show everyone the cake we made for our kids. We want to let everyone know that we’re at the big concert and they’re not. We want to show off our dog (because everyone has the most awesome dog in the world).

I used to be one who believed that social media would eventually be replaced. It will change, but the concept has grown on us and will stay in one form or another throughout our lives until a major event changes everything. That major event would need to be extremely major – a cataclysmic infrastructure meltdown that takes out the grid, a meteor, the end times, etc.

Even as technology evolves to the point of near sentience, we’re still going to be social online (or through whatever eventually replaces the internet). The cat is out of the bag. The genie is out of the bottle. Pandora’s box has been broken down and tossed in the cardboard recycling bin.

For people, this is a good and bad thing. It’s good that we can communicate with more people. It’s bad that we’re no longer communicating as much or as meaningfully with the people who are close by.

For businesses, it’s a rockier road. There are too many factors that could take out the business benefits of social media long before the actual medium itself ever dies. This isn’t a warning to tell people that they shouldn’t be investing in social media for their business. It’s a statement of complete transparency; we’re one major hack, sustained outage, or obtuse piece of legislature away from Facebook crumbling to business-relevant dust.

It won’t be dying in the foreseeable future, but even something as sustainable as social media will eventually end.