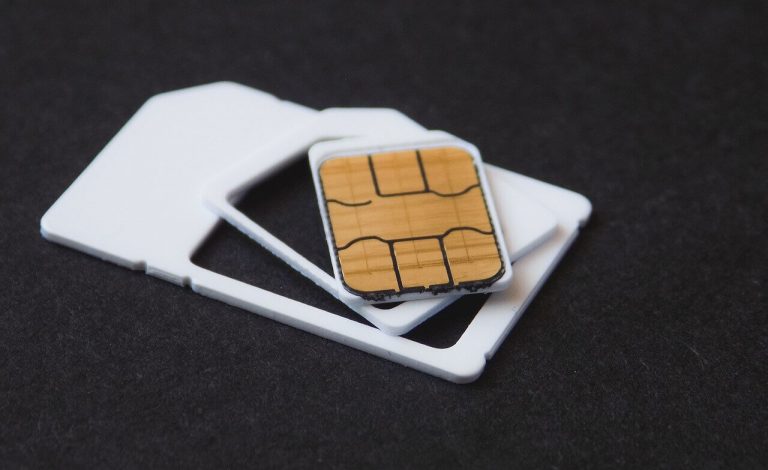 SIM card issues are becoming more common these days, and recently, the number of emails and comments we get of people asking “why is my SIM card not working?” has gone up. So we thought that it would be nice to write an article that will share possible causes and working fixes for the SIM card not working issues.

A lot of those asking “why is my SIM card not working” are using iPhones, Samsung, Huawei, and other android devices, so our fixes will be better tuned to those devices, but whatever phone you use, one or more of these should work for you. We also try as much as possible to build this article around issues people using Verizon, Airtel, Sprint, AT&T, and Cell C SIM cards are having.

Why is my SIM card not working? One reason why your SIM card is not working is that the SIM card’s copper plates are damaged or worn out. This remains one of the most seen reasons why SIM cards don’t work inside a device. If you have been using a Verizon, Sprint, Airtel, or Cell C SIM card for a couple of years, then you just might replace the SIM card to see if it would help things. Generally, when the plating on the SIM is going from gold to black, the plate is worn out and wouldn’t be able to connect as effectively.

Another reason why you’d be having to deal with your SIM card not working is if the copper plating on the SIM is dirty. Liquid and dust are things that shouldn’t be either on the SIM plate or in the SIM tray. Cleaning the top of the SIM card does the job for the SIM card, but if you’re using an iPhone or other android devices, you might need a professional to take a look at your SIM slot to be sure it’s neither wet nor dirty. If you’re asking “why is my SIM card not working?” sometime after your phone drops in water, you just might be dealing with water damage to your device.

If you have not inserted the SIM correctly into the tray, the SIM card wouldn’t work. On most Android phones, and every iPhone, the direction the SIM card is supposed to face and the size of the expected SIM card are shown, so stick to it. If the SIM card is smaller than or not the required size, if it’s facing the wrong direction, or if for any reason it’s not well-held in place, you will be dealing with the “SIM card not working” issue.

If your device is in flight mode, the SIM card wouldn’t work, so ensure your device isn’t. Another thing we would recommend is checking the network coverage in your area. The only way to tell if a SIM card is working in an area with no network coverage is access to the contacts and other information saved on the SIM. You wouldn’t be seeing any network bars, calls, and texts. So try other SIM cards in your phone and see if things work, or try inserting your SIM into another phone and see if it works.

We think you should know that some phones and SIM cards are locked to a carrier, so trying to operate them with another carrier is impossible. For example, if a sprint SIM card was inserted into a phone that was locked to Verizon, it wouldn’t work.

This is one we would recommend that you consider if the SIM card hasn’t been used before, like a new SIM card. Most network providers would need to activate a phone plan and/or SIM card on their network, and unless a new SIM card is activated, it wouldn’t be usable.

Why Is My SIM Card Not Working? Working fixes for iPhone and Android

The first thing we recommend for anyone, both on android and iOS will be removing the SIM card, cleaning the plate, and reinserting it into the device, this fixes so many of these issues.

We’d want to know if the issue is device-specific or SIM-specific. Insert the SIM card in another phone and see if it works. You’d also want to insert another SIM in your phone and see if it works. The result here will tell you if your phone is the issue or the SIM card in question. If it comes out that the phone is the one with issues, you might have to seek hardware help from professionals or take advantage of warranty coverage.

If you’re using an iPhone, a Samsung phone, and any other brand of smartphone, try to restart your phone if your SIM card suddenly stops working.

We also recommended checking that the device doesn’t have airplane mode activated. The next thing you can do is turning the airplane mode ON for some minutes and have it turned OFF, as this fixes so many SIM and network issues.

Some phones have a setting for enabling and disabling SIM cards, so you want to check if yours is enabled or disabled. Go to Settings >> tap on Mobile Network >> go under SIM Card info and Settings >> select the SIM >> then toggle ON Enable

Why Is My SIM Card Not Working? Working fixes for Verizon, Airtel, Smart, Cell C

If you’re sure the issue is SIM-specific, here are some things you would want to try out.

If you’re experiencing Verizon, Airtel, Smart, Cell C SIM card not working in a new phone, you want to confirm that the phone wasn’t locked to a carrier. For example, if the new phone is locked to the Verizon network, you likely wouldn’t be able to use an Airtel or Cell C SIM card on it.

Confirm that the SIM is active

This is generally the case for companies like Verizon, Sprint and AT&T. They have plans that need to be activated, and SIMs that need activation before use. So you want to contact them to confirm that they have activated your plan and your SIM.

While the above are fixes that have worked for many, these SIM issues can be device and user-specific, so we recommend contacting the customer support of your carrier and making a report of the SIM card not working. They’ll either fix things on their end or give you a new SIM card free of charge.

Read also: SIM Card Inserted but No Service on Android or iPhone Recognises SIM but No Signal Bars? Things to do