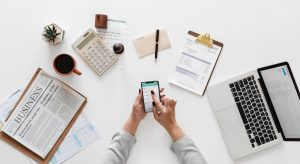 There can be no denying that social networking is something that is growing – more internet users than ever are now using social media on a daily basis. When you consider the size of social media you would assume that businesses are on the mark when it comes to social media campaigns and keeping in touch with their customers via social networking, but sadly for many their efforts still do not cut the mustard.

These stats show that social networking and the internet is growing – which is reason enough for companies to get on board and get involved. However, not only are more customers getting involved in social media but they’re getting more comfortable with it.

Gone are the days when a customer would write you a letter if they were unhappy with your service, now you’re likely to get an angry tweet or a long letter on Facebook. Their anger and unhappiness is the same as it always was, but now everyone else gets to hear about it too! We all know that word of mouth travels fast – so you want to be on the mark and dealing with customer complaints on social media because otherwise, you could quickly find the situation growing to one that is much more serious.

Did you know that fashion brand ASOS has more followers than Boris Johnson?

ASOS is a brand that is renowned for its social media efforts. If you see their Twitter you’ll notice that they always reply to customers promptly – often with fun and witty replies, which help to keep customers interested! They have a specific twitter account that is designed to deal with customer issues and problems and they’re always quick and efficient when it comes to dealing with any tweets that customers send.

The fact that a fashion brand has more followers than the UK’s Prime Minister is a pretty big deal. It goes to show that they are on the money when it comes to dealing with social media & that their hard work has paid off. With so many followers on one account, their influence on Twitter is massive!

Companies are Still Being Left Behind

While companies like ASOS are coming on leaps and bounds with their social networking there are still companies that are being left behind. The problem with this is that we live in a social media generation – people are used to being able to get in touch with companies immediately and expect quick replies, companies not doing this are doing themselves an injustice and will get left behind if they’re not careful.