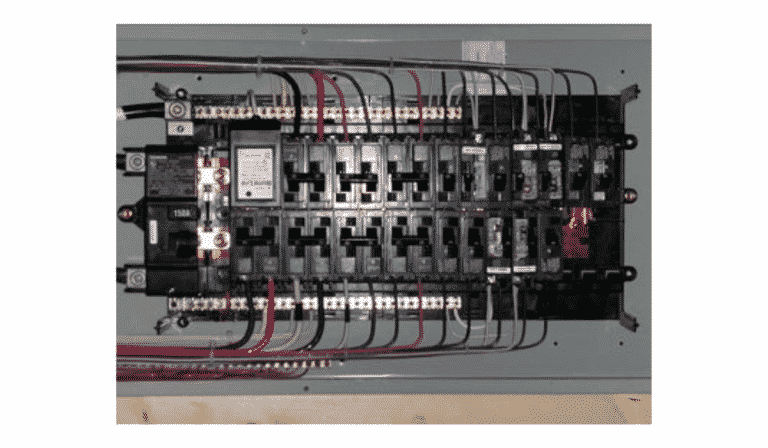 First, let’s talk about what surge protectors are, their purpose and how you can benefit from having them installed in your homes.

What is a surge protector?

One of these types of surges is the one caused when you attempt to insert a two-pin plug into a three-pin socket. There are just so many smart appliances in our home these days, and many of them have been designed to consume the least amount of electrical power, so not having surge protectors installed could result in many of your appliances getting fried. So the purpose of a surge protector is to protect you from all types of electric spikes, no matter how little.

What is a power strip surge protector?

So there is a surge protector, and there is a power strip. A power strip is what many people will call an extension socket, which can be plugged into a wall, and it then offers ports in which you can plug other devices; in fact, these days there are USB power strips.

How does a whole house surge protector work?

So how does a surge protector work? A whole-house surge protector comes with a device inside that will create a low impedance path to the earth whenever the voltage in the circuited goes beyond a threshold. The reason why the device stays pretty long and rarely gets damaged is that the surge doesn’t last for long. It’s like a spike, after a few microseconds, it goes back to normal. It also comes with a fuse, which will protect the circuit whenever the device is overloaded, or when the spike is repeated over a longer period.

I thought you’d need help in choosing the best surge protector. I have included a list of my hand-picked selection of the best whole house surge protectors and some of their key features. Feel free to comment on which of them suits your needs most.

Whole house surge protectors come with their benefits and downsides. Of course, the benefits outweigh the downsides but the latter borders on cost. Here’s a full analysis:

A surge protector protects devices in the event of lightning strikes, a transformer, or electricity generator overvoltage.

2.     Increases the durability of home appliances

A whole house surge protector protects your home and bank account as you’ll have fewer damaged appliances to replace. They increase the durability of your home appliances.

3.     They could earn you an insurance discount

Also, it’s worth noting that many insurance companies offer discounts for homes with surge protectors. Some could even punish you for not installing a power surge protector.

After installing a whole house surge protector, some people feel it’s the be-all and end-all for household appliances’ safety. They think their devices are secure from high power surges such as lightning.

Unfortunately, large protectors will not always protect the home from a surge caused by a direct (or even a close) lightning strike. Unplugging devices from the outlet is the only way to provide 100% protection against lightning strike surges.

Surge protectors are more expensive than traditional surge strips. Most cost an average of $300 to install, while some installers can charge up to $700.

However, if you’re a good handyman, you can install it while spending just around $100.

The most common way to distinguish the surge protector type is to look at the front panel where you should see the markings T1, T2, or T3.

Some manufacturers and installers use the old terminology and refer to these types of surge protectors as class B, C or D. However, these names are incompatible with the above standard.

These lightning current protectors are installed after the first short-circuit protection device, directly behind the electricity meter (in the main switchgear).

Their task is to limit the voltage pulse to a value below 4 kV; most manufacturers indicate the value reached as 2.5 kV.

To ensure proper operation, the cable length between type 1 and type 2 surge protectors should be at least 10 m.

Type 3 surge protectors are used for local protection. This means they are best installed as close as possible to the equipment to be protected.

They perform the function of secondary lightning protection while limiting voltage spikes caused by switching in the network.

They also prevent overvoltage disturbances from reaching electronic devices via the power supply lines, which can lead to their damage.

Using only this level of protection does not guarantee complete surge protection for the device.

With appropriate dimensioning, they are also suitable for use in photovoltaic systems. Type 1+2 surge protectors are typically used in installations where the distance between type 1 and 2 devices (minimum 10 m) cannot be maintained.

How Does a Panel Surge Protector Work

Surge protectors, also known as surge protective devices (SPD), are electrical protectors or voltage suppressors. During a sudden rise in voltage, the surge protector conducts the electric current directly to the ground, the earth.

It does not allow excess voltage into the electrical system so as not to damage the devices connected. They are designed to protect electrical devices from voltage spikes since they manage the electrical energy of an electronic device connected to them.

A surge protector regulates the voltage to an electrical device by blocking or grounding voltages above a safe threshold.

The general operation of a surge protector

Supposing that lightning strikes a few meters from an installation in a business or home environment. Then part of that voltaic charge from the lightning reaches the electrical installation.

Well, the surge protector consists of metal oxide varistors and dischargers. When the excess voltage reaches a specific voltage, the protector will drive that extra voltage to EARTH. This prevents the high voltage from reaching the equipment connected to the network.

When activating the protector, two things can happen. First, the integrated thermal magnet may trip, leaving the circuit in operation with the protector not melted. Then, all you have to do is reset it.

On the other hand, if the overvoltage is powerful enough, it could melt the protector. Therefore, it would have to be completely repaired.

How Do You Install a Surge Protector on a Panel?

Do Surge Protectors Need a Panel?

A surge protector must be placed on the general switchboard. This is also called a load center. This is for ease of connection with the voltage center of the building.

So, do not confuse surge protectors or lightning protectors with lightning conductors. In addition, unplugging all main electrical appliances from the mains is safer during the rain.

As we have just seen, the surge protector is a device installed on the electrical panel of a dwelling. It protects the installation and the electrical appliances connected to it from overvoltage. On the other hand, a lightning rod is used to protect the frame, that is, the house’s structure or the building for which it is installed.

So it’s always better to install a lightning rod and a surge protector.

The role of the lightning rod is not to attract the lightning towards it but to collect it when it is in a close radius. This, therefore, prevents it from coming inside the building and causing damage.