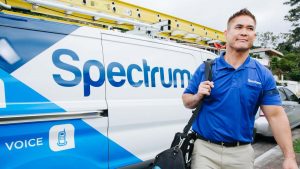 If your Spectrum internet keeps dropping, and it’s happening almost every hour or even in less time, there could be varying explanations, and in some cases causes of the issue. It could be caused by hardware issues with your router or devices, or it could be caused by some software issue on any of the devices. In few cases, the cause could even be from their end, so we put this article together to see possible causes and share tips on how to handle it if your Spectrum internet keeps cutting or going out.

There are just so many possible causes of why Spectrum internet keeps dropping every hour, and we will be trying as much as possible to share some of them in this article.

Now that we have seen some of the causes, let’s explore possible fixes if you notice that your Spectrum internet keeps cutting out.

Read also: Can You Get Someone’s IP from Discord?

For most issues you have with your Spectrum internet, we recommend contacting the company’s customer support and they’ll be sending a tech over to see firsthand what the issue is. If you have tried some of these that are within your skill level and your Spectrum internet keeps dropping, you sure will be saving yourself time and resources by requesting that they send you a professional.