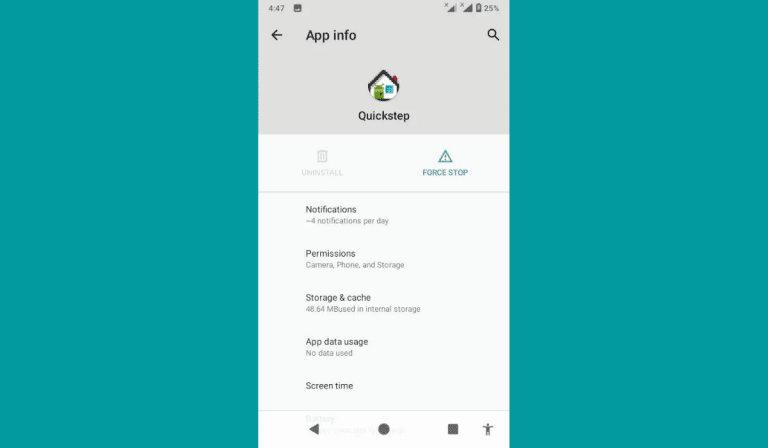 I know many apps on the internet with the name QuickStep, even those modified as Quick Step or Quick-Step. Of course, none are as popular as other top utility apps like Klok or what have you. But those who stumbled on them have had cause to think of them as spy apps or other irritating software.

Yes, some users can’t just tell how they got into their phone. This makes it a terrifying thought for those who know how spyware work. Today, I’ll be talking about the Quickstep by Sonata Technology app and the disruptive one, which works like a launcher and perhaps to spy on you or hack your phone.

What Is the QuickStep app? – A complete Review

So, what is the QuickStep app? Here, I’m referring to the one developed by Sonata Technology, a document viewer designed for those who need to share service manuals with many people. These can, for example, be product technicians or attendees in conference programs.

You can also use it for distributing reading materials or manuals to students and other audiences.

This app is designed for easy access to audiences using common devices. First, it is available for Android users on smartphones and the Google Play store. Then it was available for iOS users.

The app works for Android 4.1 and later.

This app was first released on March 12, 2017, but it was last updated to fix some bugs on September 19, 2017, which means you’re more likely to have unfixed issues with the app. However, during this last update, Sonata Technology Solutions were able to fix bugs that prevent package installations when used in devices that have no SD cards.

This app has no access to your phone messages or contacts. But it requires access to your camera, storage, and network connections. If you don’t trust it, you may restrict data for it, not grant camera usage permission or access to your shared storage.

Upon installation and before you start using it or accessing the features, a message like the one below will pop up, asking you to “Allow Quickstep to access photos, media, and files on your device.”

You have to tap “Allow” to ensure the app works as it should.

If you tap on “Deny” and then “Deny & Don’t Ask Again,” you will not be able to use the app. It’s then better to uninstall the app.

But if you accept the permission to access your media files, that’s the only way the app will be able to load media files to be viewed.

With Scan, the app works with your camera to scan any code for documents you want to view. Of course, you need permission to access your camera so the app can take pictures of any document whose Code you wish to scan.

With Code, you can enter any code provided, and the app will add the content provided by the content publisher on Quickstep.

Do I Need Quickstep App?

Suppose you’re a package publisher, a teacher, or any educator who needs to distribute tech or hardware instruction media files to technicians, apprentices, or students. In that case, you may find this app useful.

The advantage of QuickStep is that it is a fast way to deliver a collection of instruction PDFs (and other documents), videos, images, or any media in a way that is convenient to the users.

Is Quickstep App a Spy App?

No, Quickstep by Sonata isn’t a spy app and doesn’t work like one. But I’ve seen some nerds complain about another Quickstep app that appears mysteriously on their phones without installation.

So, what’s this mysterious Quickstep app?

It’s crazy when freeing up your storage one way or the other. You get to Other Apps in your phone settings and then see a Quickstep icon when you’ve not downloaded one. You can see in the image above that this icon differs from the one I just reviewed.

This might be your phone launcher or a visual interface of your phone (possibly an app drawer or the main home screen).

But don’t rule out spyware. Some have discovered that this could be spyware installed by a hacker or cunny neighbor through an open WiFi hotspot.

Some found this icon on their phone after using their neighbor’s hotspot. For some, they found their phone missing, and when they saw it, it showed they had to reset it.

Those who reported this issue mention that the spoofy Quickstep app or icon uses more battery power. Then games start lagging, and phones begin heating up.

This could be a way of a spy monitoring you, the target remotely, or having access to your private information. That’s why you shouldn’t jump on any open WiFi hotspot you see at home or in public.

But this security issue is in no way connected to the QuickStep app for document sharing and viewing.

Read also: What Does Draw Over Other Apps Mean?

How Do I Uninstall Quickstep App?

If the QuickStep you have on your phone is a kind of launcher or house-like icon and you suspect the handiwork of a hacker, it’s better to disable it as soon as possible.