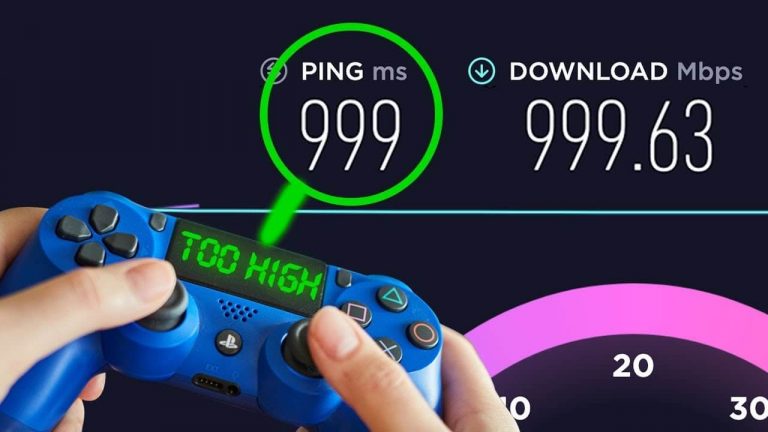 Have you been playing an online multiplayer game like Minecraft, and one player seems to be having extremely slow internet speed? Say they are constantly having lags or they are cutting off and on constantly? It has happened to every one of us. If you have ever had to deal with bad internet speed when gaming, you’ll notice that your ping is very high, while the faster your internet the lower your ping gets. What is ping spoofing? What does this mean for gamers? These and more will be discussed in this article.

What Is Ping Spoofing? – What It Means For Gamers

Ping refers to your connection to the game servers, or simply put, the time it takes for a signal to travel from your computer to and from the server. So Ping spoofing means that you or another gamer is faking lags by simulating high ping fluctuations.

People use ping spoofing as a way to cheat and make it hard for other players to attack them while they are in fact having stable connections to the servers; so they are getting an advantage over other players as they get to enjoy super smooth connection and gameplay, while the opponents are being put at a disadvantage.

Ping spoofing can be very hard to detect by most gamers because we really might not be able to tell if a person is actually spoofing the ping or are genuinely having a bad internet reception unless we are on the same internet as they are and in the same location, so most cloud games and servers just don’t go to the extremes by blocking any types of pings that look inflated.

The best way though, or the closest possible way to detect ping spoofing is to check whether the sender lags the data or not. If the data is not lagging, as it consists of high ping data, then it’s probably hard to detect a spoof. To detect this and get a result that’s close to accurate, you really might need to get a ping spoof detector as most ping spoofing is done using ping spoofing software.

Read also: What Mouse, Mousepad, Headset, and Keyboard Does Tfue Use

What Is A Ping Spoofer?

A ping spoofer is a program that sends high ping packets as if it’s originating from a user’s computer address. This system that receives the packet sends ping responses to the servers, and if you succeed in getting this figure high enough, the server succeeds in receiving hundreds, if not thousands of not-requested replies from different sources. This succeeds in overloading the channel, and since these high packets are not sent from your address, the server that’s under attack won’t be able to blacklist you.

That’s why most servers and cloud gamers make use of ping spoof detectors to know which players are ping spoofing. As we mentioned earlier, it can be hard to detect, but it’s very possible.

Read also: What Keyboard, Mouse, Mousepad, Switches and Headset Does Mongraal Use