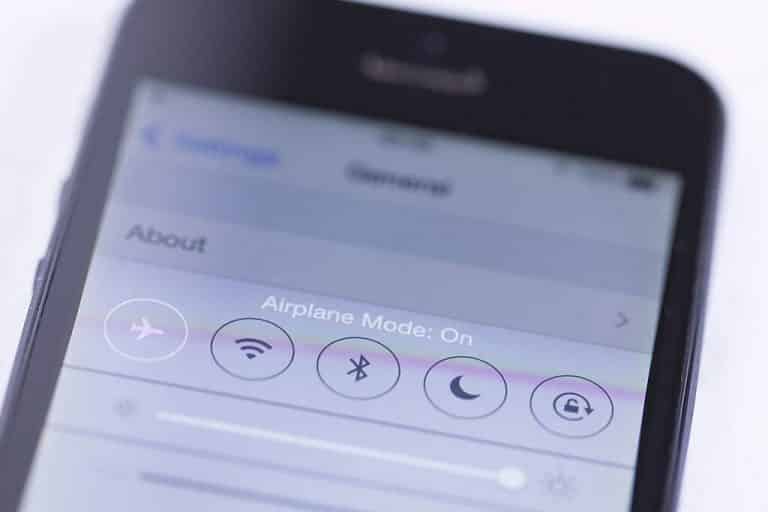 Everyone wants a break from stressful schedules or a very tiring day. Putting your phone on airplane mode provides that needed rest from the never-ending cycle of buzzing alarms and continuous conversations. You are also told to use this feature on flights so that the call signals will not interfere with the airplane’s control system.

However, the Airplane mode function on Android and iPhones covers other things apart from calls.

So, before you go ahead and turn ON airplane mode either to take a break or for any other reason, it helps to know what happens when someone calls you on airplane mode, whether on an Android or an iPhone device.

What Happens When Someone Calls You on Airplane Mode for Android And iPhones?

When someone calls you on airplane mode on iPhone and Android phones, it simply says that the line is not reachable or unavailable. The situation would look as if your phone was switched OFF or the user is in an area with a poor connection. This is why it is a handy tool when you’re looking for a bit of relaxation without disturbances from your phone.

On the other hand, you can still turn ON your WiFi and Bluetooth manually even while airplane mode is on, so if the calls are over the internet, such as Facetime or WhatsApp calls, they would be able to go through because of the WiFi connection.

Will I Get Notified If Someone Called Me When My Phone Was on Flight Mode?

You won’t get notified if someone calls you when your phone is on flight mode. This happens because flight mode, which is the same thing as airplane mode, blocks transmission signals from your device, and the person will not be able to reach you.

Options for Making Calls When the Phone Is on Airplane Mode

While Airplane mode limits call through the cellular network, there are other options you can use if you still want to make calls while using flight mode. These are some of them that would work when using a WiFi connection.

Here are some things you can’t do when your phone is on Airplane Mode:

On the other hand, here are some things you can do when your phone is on airplane mode.

If I Turn My Phone on to Airplane Mode, Will I Receive Any SMS Messages That Were Sent to Me When I Turn It Back OFF?

Airplane mode also helps the phone charge fast and conserve battery power. This is because the airplane mode function has already stopped all the energy-draining activities of the phone.

Why Do You See Missed Texts but Not Missed Calls When the Phone Was Powered OFF?

When your phone is switched OFF, text messages sent are not delivered. Instead, they are stored in the text messages server, and when your phone is switched back ON, the message is retrieved and sent back to the intended receiver. This is not the same for missed calls. When making calls through the cellular network, it connects to the person you’re calling at the supposed time. If that person has airplane mode or their phones are switched OFF, there’s no report of the call ever happening.

Is Airplane Mode the Same as Do Not Disturb?

No, airplane mode is not the same as do not disturb. Though they both serve the same purpose of allowing you to take a break from calls, text messages, and the internet, they do the following using completely different methods. The differences between Airplane mode and do not disturb are listed below:

Read also: Why Does My Phone Say LTE Instead Of 4G or 5G?

How to Turn ON Airplane Mode on iPhone and Android

For iPhone, you have to pull up the menu at the bottom of the screen. An airplane icon would be present alongside WiFi, Bluetooth, and cellular data functions. Tap on the airplane icon, and it will turn orange. This would activate Airplane mode.

How to Turn ON Do Not Disturb on Android and iPhone

To do the same on iPhone, follow these steps

From settings directly, click on Focus and then choose Do Not Disturb.

What Happens When Someone Calls You on Do Not Disturb?

When someone calls you on Do not disturb, the call ringtone is silenced, and so the person is not alerted that you called or not. Do not disturb is set to silence all types of notifications associated with your phone and leave you to rest without being awoken by calls, texts, or loud alarms. After turning off DND, you can still note down who reached out to you either by call or text message.

What Do You Hear When You Call Someone on Airplane Mode?

Now, when someone calls your phone while it is on airplane mode, you know what to expect. Airplane mode and the Do not disturb function play a part in blocking the disturbance that comes from handling devices that are always active for most of the day. And in all these, the two options also provide a much-needed timeout from the internet.