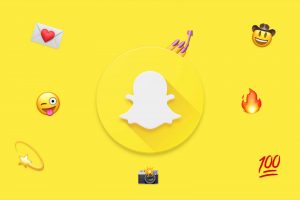 Snapchat has quite a lot of features, with these being called different names and in some cases using different abbreviations for these. In this article, we will be discussing a couple of different features and notifications on Snapchat, and we’d be seeing what they mean and how they affect your use of the social media application. Let’s begin by discussing; what does other Snapchatters mean on Snapchat?

What Does Other Snapchatters Mean on Snapchat

Other Snapchatters on Snapchat means that these set of people who have viewed your status have added you on their Snapchat but you haven’t added them on your own Snapchat. This will also mean that while they can view your stories, you wouldn’t be able to view their stories as you haven’t added them back. To add them and remove them from the list of other snapchatters, you simply need to click on their username and select the add as friend button on the person’s profile.

Even if you have set your profile to private after some time of it being public, you would likely still have those other Snapchatters be able to view your stories. To make them unable to continue viewing your stories, you might need to block them.

To stop anyone who isn’t your friend from viewing your Snapchat stories, you only need to go under your privacy settings and have it changed from “Everyone” to “Only friends”, that way, people who you haven’t directly added as friends won’t be able to view your Snapchat stories.

What does pending mean on Snapchat?

What does pending mean on Snapchat? Pending means that the person you are trying to send a Snap or chat doesn’t have you on their list of friends, either they haven’t added you back, or you have been removed from their friend list. It could also mean that they have blocked you. Any of these three could be the situation if your message isn’t delivered and you see the gray arrow next to the message.

In many cases the person you messaged probably hasn’t added you back as a friend, they have removed you or blocked you and then set their privacy to only allowing messages and Snaps from friends. All these, of course, are the case if you have working internet when you send the message. If you have no internet when you sent the message, you’ll probably get that pending notification.

What does the yellow heart mean on Snapchat?

The yellow heart emoji means that the person has been your best friend just as you have been their best friend as you both have sent the most Snaps to each other. If you manage to remain at the top on their list of friends by Snaps sent and received for the next two weeks, you should have this turn to a red love heart emoji.

What does the red love heart mean on Snapchat?

It’s possible to change the emoji to something else, though. On the top left corner of the screen on your profile, you will see the settings icon >> Scroll down to additional services >> click manage >> click friends emojis.

Read also: How to Watch Netflix For Free Online

What does 😬 the grimace emoji mean on Snapchat?

What does SFS mean on Snapchat?

SFS means Snap for Snap or Shoutout for Shoutout. It is the equivalent of retweeting or following back on Twitter. This is a type of agreement between two people to promote themselves to their circles.

Read also: Is Disney Plus Available On Comcast?

What does the hourglass mean on Snapchat?

The hourglass on Snapchat means that a Snapstreak is at risk. When you have been exchanging Snaps with a person for a few days consecutively, (pictures and videos, not inclusive of texts), you will have the fire icon show up, the number of icons indicates the number of days that the streak has been maintained.

When one of you sends or receives a Snap from each other at least once in 24 hours, the streak can be maintained, but the hourglass appears when you haven’t exchanged a Snap in around 20 hours, indicating that you’re at risk of losing your streak and a chance to have the yellow or red heart emoji appear beside the person’s name.

What does SB mean on Snapchat?

SB is short for SnapBack on Snapchat. It’s either sent as part of a message to either reply with a piece of information or to not reply.

What does OTP mean on Snapchat?

OTP means One True Pairing on Snapchat, Facebook, WhatsApp, or on dating apps. This is used when two persons seem perfectly matched. OTP can also be used by fans of celeb couples as a way to say the couple is the perfect match.

What does Streak mean on Snapchat?

Read also: How To Get 100k Free Instagram Followers Fast