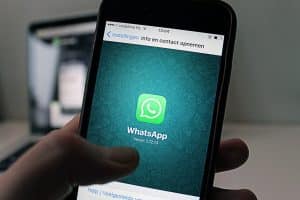 Whether you’re chatting with a friend on WhatsApp, via Snapchat, Instagram, or any other apps, there are a couple of texting symbols that can look strange and new to the average person, and these seem to be in much use. Some of these texting symbols are ^^, KPK, ^^” and ^_^, what does ^^ mean in chat? What does ^_^ and KPK mean in chat? These are some things we’d be talking about in this article.

What Does ^^ Mean In Chat and Texting Symbols?

In chats and texting symbols, ^^ means someone either agrees with what you have written, they are smiling with closed eyes, and it also means that a person is very happy.

The use of ^^ in chats and the meanings people read to the texting symbols is often subjective and goes hand-in-hand with the context of the discussion before the ^^ texting symbol was received. The ^^ sometimes means someone or somecat is smiling and their eyes are closed. The ^^, in this case, looks like the eyes of a cat.

Another meaning could be an agreement with what someone said. Say when someone sends you a message that they are tired, you replying with ^^ will mean that you agree with them, and are probably also very tired. In some cases, a person might reply with a lot more than two up-arrows, which is often understood to mean that the more up-arrows, the more enthusiastic the replier is.

In some areas, the use of ^^ means the person wants you to pay attention to a message they have written above. So as we mentioned earlier, the use of ^^is best understood by context and culture.

Read also: What Does Other Snapchatters Mean On Snapchat

What Does ^_^ Mean In Chat and Texting Symbols?

What does F in the chat mean?

F in the chat has its origins in a Call of Duty meme, and it has grown to become popular among millennials. In its simplest, F in Chat means paying your respects via text. It’s often used in gamer chatrooms, Facebook groups, WhatsApp groups, and private messages, as a way to pay respect, mostly to a deceased person, or the loved one of that person.

All you need to do is to reply by pressing the letter “F”, and this is because most PC games have F as the default contextual action key, (basically, a key that you press if you like your character to do something in the game).

In the original meme, the character was standing at the funeral of a loved one. After the eulogy has been delivered, the character will move close to the casket, and you will see a small text popup with the command, “press F to pay respects” when you press the ‘F’ key, you will see a cutscene, with your character reflecting on the relationship with the deceased and places a red rose on the casket as it lowers into the ground.

Read also: How To Get 100k Free Instagram Followers Fast

What does KPK mean in chat?

KPK is a slag that has different meanings, and depending on your culture, would mean different things. In Nigeria, using KPK in chat is a way to pay respect to someone who is probably richer than you, in hopes that you’ll get something (mostly monetary) from them.

Read also: How Far Can You Go With Ankle Monitor?