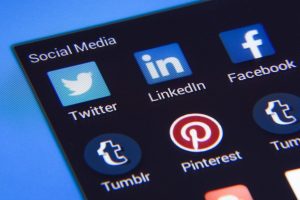 Are your Twitter images not loading all of a sudden? Could this be after you completed a software update or changed an internet router? Is this an issue you’re having on the app, mobile web version, or the desktop version of the application? In this article, we will be taking a close look at these picture and video loading issues, we’d try as much as possible to share possible fixes and workarounds so you’re able to start enjoying your use of the social media app in no time.

Note: We try to tilt this post towards people who are having issues displaying Twitter pictures and videos on the mobile app, and that will include Twitter applications on iPhones, iPads (iOS), and Android. First things first, confirm that your phone has a good mobile internet connection, either with a mobile data plan or a strong Wi-Fi connection as these are the most common culprits.

This fix works both for web browser and application issues. If you notice Twitter images not loading, try to have the app cache cleared and retry it, and things should work almost immediately.

To clear the Twitter app cache, tap the menu button on the top left corner of the screen (the one that looks like a hamburger (三) >> tap Settings and Privacy >> select Data Usage >> scroll down to the Storage section that contains both media and web storage >> tap on both storages and when the next page opens, select Clear Media storage / Clear Web Storage to clear the cached data.

If the above doesn’t fix things for you, the next recommendation will be a complete deletion of the local file data. As we use mobile apps and download files through them, including using the message feature and other features of the app, the app saves certain files to our phones to help with its use, like cookies, but for mobile apps. We have found that deleting the Twitter local file storage does a mini reset to the app and allows us open and restart anew.

To delete the phone storage and fix the Twitter images not loading issue, go to your phone Menu >> select Settings >> tap on Apps (depending on what device you use, these may be slightly different) >> on the next page tap on Apps again >> you will see a list of the apps on your phone on this page, you’ll scroll down to find the Twitter app and select it >> scroll down and select Storage >> you will see two options, one is to Clear Data and the other to Clear Cache, tapping on both of them will have these cleared. Try reusing your Twitter app and see if pictures and videos load well.

What this fix does is to set media such as videos and pictures to use more data than it used to. The reason we are trying this is to check if these things load. If they do, then just leave data saving disabled. But if they don’t, then you’d want to re-enable data saving.

To disable data saving on Twitter, tap the menu button on the top left corner of the screen (the one that looks like a hamburger (三) >> select Settings and Privacy >> select Data Usage >> have the Data Saver box uncheck.

Until recently, I didn’t know that if you experience Twitter images not loading all of a sudden, chances are that you may be in a region when the government has restricted access to the social media website. If you are in countries like North Korea, China, and recently Nigeria, countries that have bad records of freedom of the press, then you might need a VPN to access the Twitter website, whether on the app or with a browser. Any VPN on the Google play store will work though, as these will make it look like you’re in another country.

Read also: What Does Other Snapchatters Mean On Snapchat