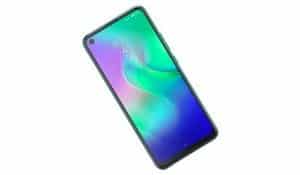 On April 2nd, 2020, Tecno Mobility officially launched the Tecno Camon 15 Series in an online launch, the first of its kind in Africa. Tecno also won a Guinness World Record for this.

The launch of the Camon 15 series, the Camon 15 Premier and the Camon 15 Air came with a lot of buzz from the media. The launch was done with Wizkid and top comedy and movie stars present. The company revealed the phones and features.

This is also a 64MP camera smartphone, produced by Sony Cameras. The rear has a 48MP Quad Rear Camera with Quad Flash, while the front sports 16MP camera with dual flash. The smartphone features 2.0 GHz Octa-core chipset, while it’s Android 10, bases on HiOS 6.0.

As for the Camon 15 Air, the smartphone also sports some stunning features, with the main difference being just a few things.

In our opinion, Tecno is gradually moving out of the middle to lower range of the market with these devices. The Camon 15 Premier is expected to retail for 95K, while the price of the Camon 15 Air is around 62K. These are some of the highest-priced Camon smartphones in all of the Tecno mobile range of smartphones.

An amazing camera and powerful memory for a little higher price, is it all worth it? Share your thoughts please in the comments.