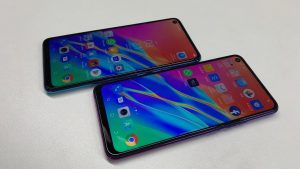 So Tecno Mobile released the Camon 15 Air recently, and it’s only right to take a look at the Tecno Camon 15 Air Price in Nigeria, some of the specs and features that make the phone an amazing option.

So let’s take a look at each of the phone’s key specs one after the other.

Tecno Camon 15 Air under the Hood

The Tecno Camon 15 Air sports some great features under the hood. From having the latest Android 10 Operating system based on HiOS 6.0 to sporting 4G and Dual Nano Sims. The smartphone’s having the latest operating system while being the least in the Camon 15 series still makes it as powerful as you can imagine. There are other features, though, that differentiates the Camon 15 Air from the other smartphones in the series, we will take a look at those soon enough.

Read my Tecno Camon 15 Pro review and price in Nigeria

The Camon 15 Air comes with a dot-in display that holds the camera. This means that the camera is on the screen. As in older models, the fingerprint sensor is also mounted on the rear of the Camon 15 Air.

The weight of the Tecno Camon 15 is 196g, the screen is 6.6inches, that’s 720/1600 pixels. The screen is rated IPS LCD and it sports an aspect ratio of 20:9. The smartphone also comes in three main colors. The Malachite Blue, Ice Lake Blue, and the Misty Grey. The casing of the phone is plastic.

All of these features make the Tecno Camon 15 Air worth every dime.

The memory and RAM is the main difference between the Camon 15 Air and the other smartphones in the Camon 15 series. The others have 4GB RAM and Higher, and 128GB internal storage.

Tecno also did a good job with the camera that the Camon 15 Air sports. The device runs with a 16MP front-facing AI camera. The camera comes with face recognition, dual flash and you can record videos of 1080pixels @ 30fps (Frame per second).

The Camon 15 Air sports some powerful sensors. You have the face sensor, proximity sensor, ambient light sensor, accelerometer, digital compass, and Google Assistant. All of these sensors are designed to help you get the best of your smartphone. From quick unlocking to stopping mistaken dialing to helping to improve your pictures, these Camon 15 Air sensors make the Tecno Camon 15 Air worth it.

The Camon 15 Air comes with a 5,000 mAh battery, which in my opinion is just too good. The bigger versions of the smartphone come with 4000mAh batteries, which, is completely abnormal in my opinion. I believe more features on a device qualifies it for a better battery. But that wasn’t the case for the other phones in this Camon 15 series.

I was able to enjoy hours of using the device. I was able to remain on juice until the phone died some 39 hours after a full charge. I played games, watched movies, used the internet throughout and played music. So, here is my thought on the Tecno Camon 15 Air and the Tecno Camon 15 Air Price in Nigeria. I believe the company did well on all the fronts. Having a battery of 5000mAh also makes this a great option for all smartphone lovers who prefer battery over anything. This is like having a Camon and Pouvoir together in one.

Checkout the latest phones and prices.