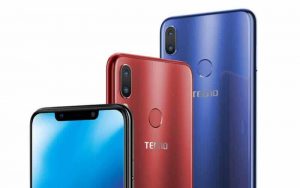 Tecno Camon 11 PRO Price in Nigeria. So the Tecno Camon 11 PRO is about to launch, just around 9 months after the launch of the Tecno Camon X PRO, and I am super excited. If you noticed, I have only written product reviews and articles on Tecno devices, and that’s obviously because I have only used these smartphones. I am a firm believer that a product review is best written by a firsthand user of a device and not just any random writer.

So, to the article.

Plan to see more on the Tecno Camon 11 PRO

I won’t be surprised if Tecno releases a number of devices with the Camon 11 PRO, this is basically because the launch of the Tecno Camon X PRO came with three or four new devices; some in the lower range and some in the middle range. Tecno will likely be coming with that much.

Yea. If there is one thing people will first find on this device, it’s likely the new features that will be coming with the device. The phone makers have been known to come with really unpredictable changes on new devices, and I am not surprised to see what came with the Tecno Camon 11 PRO. The Camon X PRO came with an upgraded 24MP front camera and 16MP rear camera, while the all-new Camon 11 PRO comes with a front camera of 24MP and a rear dual camera of 18MP and 5Mp.

The Camon X PRO camera came under criticism for being poor in low lights, and I personally wrote a review about how awful the front camera looks, and that is obviously one thing the company will rectify. The Tecno Camon X PRO likely has the worst camera of all the Camon range of devices I have used.

I was expecting an upgrade in the ROM and Tecno didn’t fail on the Tecno Camon 11 PRO. LOL. We might have to stick with the 64GB inbuilt memory and an additional 6GB of RAM. In my opinion, that’s likely the biggest upgrade Tecno will make on a device, and I am already loving the smartphone.

What about the display? The Tecno Camon 11 Pro comes with a 6.2-inch HD+ display. The screen sports a 19:9 aspect ratio and an 87.5% screen to body ratio. Tiniest bezels from Tecno yet, with the notch trend small enough to accommodate the front camera, speaker grill, and proximity sensors.

That means it will look like the iPhone X in that the screen real estate will be maximally used. I hate to say that if the phone doesn’t come with that feature, I’d really think Tecno is seating 4 years behind in the tech space.

I also wrote about the Good and bad features of the Tecno Camon X Pro, check it out.

We should still expect the Face ID to remain but improved. The Camon X PRO Face ID has been one of the standout features of the device, so Tecno will likely keep it on the Camon 11 PRO. It should be improved, though, but I wouldn’t care if it isn’t, the one on the Camon X PRO works great.

The fingerprint sensor on the Tecno Camon X PRO wasn’t really always cool. I had to deal with 3 to 4-second delays when trying to unlock my device. This wasn’t after a month or two thing, it was basically like that from the first day I got the device, so the company should work on that on the Camon 11 PRO and subsequent devices.

Android Pie 9.0 is on the market, so if the Tecno Camon 11 PRO is to sport any operating system at all, the Android 9.0 would have been simply amazing. I will show some of the features that will make an Android 9.o an amazing addition to the newly released device, and because of this singular failing, I think Tecno just needs to spend more time planning smartphone releases.

Users don’t mind waiting for you to release devices they’ll actually enjoy; but releasing two devices in the same year with no operating system upgrade, this is one upgrade I will likely not make. Android 8.1 came with amazing features, and for someone who gets too attached to something after getting a hang of it, the Android 8.1 is one I’d miss dearly, but I believe it’s time to move to Android 10, and the Tecno Camon 11 PRO just failed in that front.

Tecno Camon 11 PRO Price in Nigeria and where to buy

Android 9.0 takes us into gestures, and that’s one feature I can’t wait to devour. In fact, I believe we should see lesser button-based navigation, which will make the device one of the best on the market and one of the first in the Nigerian Tech Space to sport the OS.

With more Android operating systems giving battery life special attention, the Android 9.0 on the Tecno Camon 11 PRO will make anyone go jealous. Android 9.0 uses machine learning to know those apps you use most and when you use them, then it tailors your battery usage accordingly. So those apps and features you use less get less priority while those you use more get more priority. (Tecno Camon 11 PRO Price in Nigeria)

An amazing new feature we should see on the new device is an ability to restrict apps that use too much battery life on the background and we would be able to disable the always-on display.

We’d be getting a better notification bar, adaptive brightness, and better app action. So if the device notices that you’ll perform an action, like resume an audiobook or try to navigate with maps, it’ll toss that option up above the full listing, so instead of scrolling to the app, you’d have it already suggested to you up there.

The Tecno Camon 11 PRO is sure to be a standout smartphone, and I can’t wait to set eyes on it. If you’d like to buy the device, please revisit this page as I will be having links to places you can get the device in the coming days.