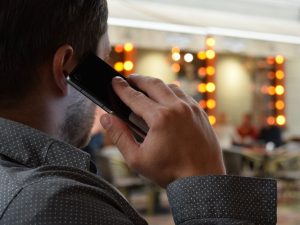 Say you’re trying to make calls on your smartphone that’s on Verizon, T-Mobile, Metro Pcs, Boost Mobile, or Sprint and you’re getting the message that the “subscriber you have dialed is not in service” and “the number you have dialed is not in service”, what does this mean? Why is your call not going through? What can you do to have this rectified? These and many more will be discussed in this article.

What Causes The “Subscriber You Have Dialed Is Not In Service” Message?

You’ll probably be getting the “the number you have dialed is not in service” error message from either an intercept service operator, a machine, or a person. When an Intercept service operator sends you this message, the call was intercepted by a live operator, and the message is sent to you to help you solve the problem. When this is the case, there is either a misdial of the phone number or some other problems – in some cases on the caller’s end.

When a machine intercepts this message, the “subscriber you have dialed is not in service” message is probably going to be a pre-recorded message, and in most cases, the issue is on the receiver’s end.

Read also: How to Activate GOTV after Payment and Clear E16 Error

In most cases, the “subscriber you have dialed is not in service” message is caused by any one of these:

Read also: Message Blocking Is Active – What It Means and How To Fix & Turn OFF

What Does “The Subscriber You Have Dialed Is Not Available” Mean?

The “the subscriber you have dialed is not available” message you receive when trying to make calls mean that the receiver is not close to any cellphone towers that belong to their carrier. This is often the case when a person travels through the mountains, somewhere far from a town or city, or an area with a lot of dead zones.

Chances are that the “the subscriber you have dialed is not available” message you get is because the receiver has blocked your number, in which case you wouldn’t be able to reach them even if they are close to a cellphone tower.

If you receive the “not available” message long enough, we generally suggest trying to call the phone number from another number – one that the receiver probably doesn’t have – and that should tell if they have your number on their block list.

You could also see the “the subscriber you have dialed is not available” message if the receiver either takes out their sim cards, their battery is dead or their phone is turned off. I should also add that if the receiver has canceled their phone plan, or has been suspended for not renewing their plan, you’ll probably be getting the “not available” message when trying to call them.

Read also: I Forgot My Apple ID Password and Email