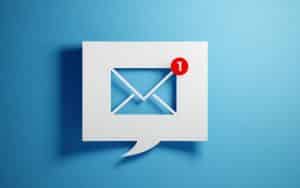 Even with the many third-party messaging apps, texting remains the most common way of sending messages. Nearly everyone who uses an Android device uses Google Messages since it is the default messaging app for many Android devices.

However, the case is quite different for Samsung users. Samsung has made the Samsung Messages app the default messaging app for their smartphones.

What Is Samsung Messaging App?

Samsung Messages is a messaging tool preinstalled by default on all Samsung devices. This app provides Samsung users with a comfortable way to send and receive messages safely.

What Is Google Messaging App?

Google Messages, also known as “Messages,” is a free, all-in-one messaging app for Android smartphones. It is an app designed by Google to provide features that include texting, chatting, and sending group texts.

In addition to that, the app also allows you to send pictures, share videos, send audio messages, and many more.

We will analyze the differences between the two apps in a series of sections:

Below the search bar, there are tags that sort messages into different categories, including Personal, Transactions, OTPs, and Offers.

The top half of the display displays the number of unread messages in the inbox.

Another difference is that Samsung Messages features a search icon, unlike Google Messages’ search bar. Tapping on this search icon will open up a separate page for search results.

Like it is on Google Messages, there’s a three-dot button beside the Samsung Messages’ search icon that opens the overflow menu. Also, both apps have a button at the bottom of their display for composing new messages.

Lastly, both apps offer a dark theme. However, you won’t be able to use dark mode on the Samsung Messages if your phone doesn’t offer a dark mode feature.

On the other hand, Google Messages comes with the dark theme option regardless of the device.

Google Messages and Samsung Messages have a similar process of starting a new conversation. Both apps show you your contacts list to make it easy to select a recipient for your message.

Once you enter the recipient’s details, you will be taken to the screen where you can compose the message.

The main difference between both apps in this aspect is the messaging features they offer differ. For instance, you can send GIFs on Google Messages, but you can’t on Samsung Messages.

You can take notes on the Samsung Messages app, but you can’t do that on Google Messages.

You can sync your Google Message with your PC. Like Whatsapp, it allows you to send and receive messages on your PC after pairing it with your smartphone through the web.

You will need to scan your Google Message’s bar code from your smartphone to your PC.

On the other hand, Samsung Messages does not offer a built-in web messaging service. Nonetheless, you can use Samsung SideSync to send messages from your PC.

It is easier to verify your phone number on Samsung Messages than on the Google Messages app.

Google Messages drains the battery more than Samsung Messages does.

Based on many users’ reports, there is a very high battery usage percentage in Google Messages. Its battery percentage use is around 40% vs. a much lower rate of about 2-3% that the Samsung Messages consume.

Choosing between the two apps will come down to personal preference at the end of the day. However, based on our comparative analysis of the two apps, Google Messages is better.

What Is the Difference Between Messages and Messages Plus?

How to change the background color of the Samsung Messaging app

How to change the bubble color on the Samsung Messaging app

How to customize the Samsung Messaging app

To customize your Samsung Messaging app, go to your settings and navigate to the category associated with whatever you want to customize.

If you want to customize your text message settings, go to your settings’ “Messaging” section.

The Verizon Message+ is an app that syncs your messages across all devices, including your phone, tablet, and computer. It is the default messaging app for Verizon phones.

Meanwhile, Samsung Messages is the primary application for sending and receiving messages on all official Samsung devices.

Both apps have varying features.

If your Samsung Messages’ chat settings are not working, you can try fixing it by doing this:

There is another thing you could do if your “Chat settings” are no longer accessible.

Go to “Settings” and select “About Messages“. Next, check if there are any available updates from there. If there are, install the updates.

If those two fixes don’t work out, try downloading Google Messages and making it your default messaging app.

Switching From Samsung Messages To Google Messages –  A Checklist

If you are ready to switch to Google Messages on your Samsung phone, all you need to do is install the app and make it your default app. After that, you will automatically get all your text messages in the Google Messages app.

Follow these steps to switch from Samsung Messages to Google Messages.

If the Google Messages app doesn’t give you the option to make it your default messaging app, you can do it yourself. Follow this procedure to change the default SMS app on your Samsung phone to Google Messages.

How to Get The Messaging App On A Galaxy Watch

The Messaging app is preinstalled on your Galaxy Watch. However, before you can receive text messages on your Samsung Galaxy Watch, you need to enable the feature.

How to Schedule A Message On Samsung

As described by Samsung, you can follow the steps below if you want to schedule a message on your Samsung phone:

Difference Between Chat Message and Text Message on Samsung

The difference between Samsung chat messages and text messages is mainly the user features. Chat message allows you to send and receive messages through WiFi or data.

It also lets you know when someone is typing a message to you and when the recipient of your message has read your sent messages. In addition, the chat message lets you send high-quality pictures and videos.

On the other hand, text message works like your regular messaging apps; instead of sending your messages through WiFi or data, it uses your cellular network.

Difference Between Samsung Messages and Message+

The Samsung Messages also offers many features, but they aren’t as many as those the Message+ app offers.

In addition, unlike Samsung Messages, which works only on Samsung phones, the Message+ app works on different smartphone brands.

What Is Samsung Android Messaging Used For?

Samsung Messages is a message application that allows users to exchange messages with people on their contact list. The Samsung Message gives users access to its features without signing up for a separate messaging feature.

The mySamsung app needs this permission to check if a Samsung account is already set up on the device. With this information, the mySamsung app can make the sign-in process seamless.

This extensive comparison of Samsung Messages vs Google Messages has covered everything you need to know about the topic. Hopefully, it has helped you figure out some things you didn’t know.