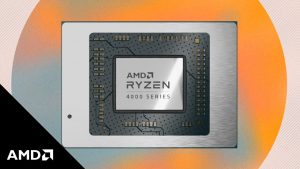 AMD (Advanced Micro Devices) is one of the top brands in the computer industry. It is known for its x88-64 microprocessors under the Ryzen line. AMD designs and markets these processors for desktops, mobiles, and any type of embedded platform that’s based on the Zen microarchitecture and its successors.

Speaking of performances of AMD Ryyzen processors, the 3700x is known as one of the most powerful on the market today, and generally, AMD Ryzen processors, including Ryzen 7 1700 Vs Ryzen 5 2600 have been known and trusted by customers. With fairly low consumption of power, these processors are known for delivering quite a lot.

When put side-by-side with Intel processors, these processors have been seen to cost less and consume lesser power. AMD Ryzen processors have also been known for beating Intel CPUs in terms of core counts, so for customers in the middle to high-end of the market, AMD Ryzen is often seen as the preferred processor choice with their core counts that range from 4/8 to 8/16.

On the price front, AMD CPUs have a history of being way cheaper than Intel CPUs, and they perform well with multithreaded applications.

Coming back to our comparison of the Ryzen 7 1700 Vs Ryzen 5 2600. These two processors are selling for pretty much the same range (not completely though, there’s around $40 gap between them), which has led to a need for a comparison of both processors.

If you are looking at productivity though, the Ryzen 7 1700 is just the best deal. The 33% high cores will generally make you overlook the fact that this processor comes with lesser clock speed and high memory latency. But if your workload isn’t the type that requires all the cores in the world, then 2600 will be a faster, better option. So the first main difference is the ability to carry the load. Ryzen 7 1700 carries more load, while the Ryzen 5 2600 carries more speed.

The Ryzen 5 2600 comes with the latest in tech, which explains its speed. But apart from sporting better speed, we have seen some of the latest innovations in this processor that makes it a superb mid-range processor. So there is our second point. The fact that Ryzen 5 2600 is a newer processor means it’ll come with the latest in tech. That doesn’t translate to power, though, so if you don’t care about age but power, the Ryzen 7 1700 is something you should look at.

The Ryzen 7 1700 is what we will call a truly multi-core processor. The Ryzen 7 1700 comes with a total of 8 and 16 threads. So if you are running a lot of really intense applications, the Ryzen 5 2600 may get slower and start lagging if you don’t overclock. 1700 comes with a lot more cores, so you shouldn’t see any need to overclock anytime soon. If you need something with a lot of cores, then the deal will be 1700.

But I still say, that everything still boils down to what you will be using these processors for. If you’re a heavy user, 1700 is a great deal, if you’re a lighter user with a need for more speed and lightweight, then 2600 remains the best option.

The AMD Ryzen 7 1700 might be the least powerful of the Ryzen 7 CPUs with a base and turbo clock of 3.0 and 3.7 GHz respectively. It’s also clocked at 65watts. The processor also offers a lot more power, being able to handle multi-core workloads better than other processors like Intel 6850K. While having better IPC, Ryzen 7 1700 seems to be limited by its low clock speed, so it might not serve you as well when it comes to gaming and desktop workloads. It has been a great option, though, for multi-core workstation use. If this is your plan, the Ryzen 7 1700 won’t be a bad investment.

The Ryzen 5 2600, though, comes as an older sibling to the company’s first-generation Ryzen 5 1600 processor. This processor comes with lithography of 12nm, which is 2 lower than what we have on previous models. The number of cores and threads on the Ryzen 5 2600 remains the same, 6 and 12, which is an area where we mentioned that the Ryzen 7 1700 came out the best. This all points to the fact that the company has driven more progress in terms of power efficiency for this range of processors. So you get more speed over other generations. The Ryzen 5 2600 also comes with a stock base of 3.4 / 3.9 GHz, which is higher when compared to 1600 which sports 3.2/3.6 GHz, and that also helps get better speed on 2600.

So what’s your take on this Ryzen 7 1700 Vs Ryzen 5 2600 comparison? Which do you think offers you the best value for money based on your unique needs? Well, feel free to share your thoughts in the comments.

We have found that the 1700X comes with 2 more cores, and it sports 4 more threads. While it could be said to have more power, it is still based on the old Zen architecture. If powerful performance is something you need, maybe to run your apps and work on really powerful features, then the 1700x, like 1700 will win the comparison of Ryzen 7 1700 Vs Ryzen 5 2600. But if you need speed, then 2600, sporting the new Zen+ architecture is a better fit as it offers more speed. So the winner still depends on what you need your CPU for.

The 1700X uses the B350/X370 chipsets, while 2600 uses the B450/X470 chipsets. This 2600’s chipset comes with better features, and one of the most important for us is its great overclocking capabilities. 2600 offers you less gaming experience and more multi-threaded performance, which is superb for workstation/Multi-tasking scenarios and more memory capabilities. The 1700X, on the other hand, offers lesser gaming experience, but better streaming, rendering and works great for every other operation that requires more cores. The 1700X doesn’t come with a cooler while 2600 does.

So the winner of the comparison between Ryzen 5 2600 vs Ryzen 7 1700x and Ryzen 7 1700 Vs Ryzen 5 2600 remains that it depends a lot on what you need a CPU for. More of power, gaming + streaming? The Ryzen 7 series works great. Less workload, but need superb speed? The Ryzen 5 series is a better option.

The AMD Ryzen 7 2700x comes with 8 cores and 16 threads, so it’s a high-end desktop processor in its own right. Released in 2018, it sports the Revised Zen+ cores, and it was the fasted CPU from AMD as at the time it was launched. The cores are 3.7GHz, using Precision Boost 2, it can go as high as 4.3GHz. These cores are divided into two clusters and they are connected via infinity fabric.

The 2700X is 12nm, and it has been found to cache faster, and have fast memory speeds.

2600 remains our six-core processor that can handle twelve threads simultaneously. Like we have mentioned repeatedly, it’s one CPU that eats up lesser energy, which means you’d be getting not as high a performance as you find on the Ryzen 7 processors.

The case is different, though, this time. We noticed that 2600 trumps the 2700x when it comes to gaming performances. The 2600 sports higher base clock than the 2700X, which simply means that games will perform better on 2600 because most games these days lack multi-core support, which seems to be the case for the 2700x.

The next comparison we have is the Ryzen 5 2600 Vs Ryzen 5 1600 CPU comparison. The Ryzen 5 1600 is based on the AMD Zen architecture. It sports 6 cores, which would be great for most games. This six-core processor is said to be around 75% better at multi-threaded tasks than most other processors in its range. We noticed, though, that compared to 2600, the Ryzen 5 1600 comes with 25% lower single and 33% lower quad-core ratings.

The Ryzen 7 1700x Vs Ryzen 5 2600x comparison seeks to focus on one CPU we talked about earlier and a new addition to this article, the Ryzen 5 2600x. The 2600x comes with a higher operating frequency than the 1700x, while the fact that the 1700x comes with more CPU cores means its ability to handle multiple tasks and a lot of heavily multithreaded programs.

The 2600x worked better on gaming with 1440p, it was way faster, but the difference between both wasn’t as much as we would expect, at least to make a judgment.

If you noticed, the Ryzen 7 series is great at multi-thread jobs. They work perfectly if you plan to use your CPU for a lot more than only gaming. The Ryzen 5 series has been great for more single thread jobs. So if gaming is the main thing, they offer speed and are often coming with the latest tech. Let’s know which of these does the job for you.