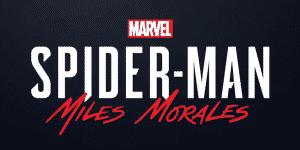 With the release of PS5 coming this year, things are looking up for the gaming community. Audiences at large got to know about Miles Morales recently through the blockbuster hit “Spider-Man: Into the Spider-Verse” which showed the web-slinging hero in all his glory. However, for Spider-Man fans and Marvel fans in general, Spider-Man: Miles Morales has been out there for quite some time.

In fact, he first made his comic book debut on the Ultimate Fallout #4 issue in August 2011, following the death of Peter Parker. While critics saw his creation as a publicity stunt motivated by political correctness, according to Stan Lee, he was considered a positive role model for children of color. The Afro-Latino teenager quickly become popular and a fan favorite.

According to the Marvel Database, Miles is from an alternate reality of Earth-1610, is 5’2” tall, weighs 125 lbs., has black hair, brown eyes, and has over nine different abilities/powers.

With a new trailer for a PS5 game already circulating the airwaves; let’s take a quick look at what fans can expect for Miles next big outing.

What You Need To Know Before Playing Spider-Man: Miles Morales

Here is a list of ten things you must know before playing the exciting game:

The game is clearly set to be an action-adventure game from what we have seen so far from the trailer. Developed by Insomniac Games who also created the 2018 Spider-Man game for the PlayStation 4, we can pretty much expect another third-person perspective and open-world dynamics to kick in.

There will be lots of interactions with in-game elements with the possibility of making choices along the way which can, in return, shape your path and the story that unveils as a consequence. Plus with a Spider-Man game, you better get your controllers ready for traversing through the map and city with ton loads of parkour and web-slinging.

So far fans can only speculate whether the new PS5 game is a sequel or a DLC of the hit 2018 game also by Insomniac. The PS4 game did make breakthroughs setting a new bar for all others to get their superhero games in order even to stand a chance.

We all got to have a taste of Peter training Miles on how to use his newly acquired abilities in the Silver Lining chapter of the DLC for the 2018 game called Marvel’s Spider-Man: The City that Never Sleeps.

The game is likely to follow the events further where Miles might have to confront a gang war between a high-tech criminal army and an energy corporation. All that can be said so far is that our favorite hero is bound to face a lot of action in the city of New York.

Without a doubt, the Spider-Man: Miles Morales is right now the biggest title that has been revealed for the new PlayStation 5, fans are already rooting and saving up to get a pre-order if that ever happens to be a possibility anytime soon.

Already being regarded as PS5 top-selling game in the near future, Dutch retailers have been spotted to post pre-order prices of 74.99 Euros which roughly equals $85.

This easily puts the title in the price range of a Premium or Collector’s Edition category if compared to titles on the PS4. With the price of PS5 to be expected around $500, however, pre-orders are known to be a feisty business in the first place. The actual game may turn out to have a lower price tag, considering the 2018 title for PS4 is currently priced around $30 at Amazon excluding shipping charges.

The fandom is still guessing whether they will be treated to a full-length game and a sequel to the 2018 title. We know for a fact that Insomniac did a fantastic job with the previous title for PS4, so if predictions do come to be true, and the game turns out to be a standalone project, then we can expect it to be at least half as long as the first game.

This means gamers and fans across the globe will be treated to some 20 hours for the main story to complete. Add in the cut scenes, side missions, and additional content, hardcore gamers will end up with a game that will satisfy them for at least a week.

When it comes to marketing a new console release, many follow the legacy of introducing a brand new title that hits home and delivers a punchline. The Miles Morales game on the PS5 is bound to follow in pursuit and is expected to be launched side by side with the new console from Sony PlayStation.

While the exact dates are a bit hard to prophesize right now, however considering Sony’s age-old habits, the game will likely be released with a late November launch.

Some rumors are going around that the Spider-Man Miles Morales game will be accompanying a remastered version of the PS4 title of 2018. If that is true, then lucky people with a PS5 are going to enjoy the original game from Insomniac with next-gen features.

While on the other hand, Marvel Comic book fans are gossiping about additional content, character galleries, and exclusive cut scenes that can be unlocked by completing side quests and missions. Fans definitely want tons of heroes making appearances or even have their names mentioned in the new game. This might be Sony’s biggest chance to succeed with the game where the previous reiterations failed.

Like always fans adore the addition of characters into the game that complete the fictional universe, play a role in the main storyline, or even appear as an NPC (non-playable character). When it comes to supporting characters people want to see in the new game, the list is overwhelming.

However, here are some which we all definitely want to see and without whom the game will evidently feel less impactful:

And then there are the villains that we all want to see, including the likes of Chameleon, Kraven the Hunter, Sandman, Symbiote (Venom, Carnage, or any other, but at least one!) and Jackal even if it just an appearance during ending cut scene.

Marvel’s Spider-Man title on the PS4 in 2018 was a critical and commercial success, and it was only just to see Sony pursue the storyline further. However, despite the impressive footage, there is still a lot that we do not know about the upcoming Miles Morales game.

The two-minute trailer, however, gets the heart and adrenaline pumping without giving you a breather. Gaming gurus agree that this one is going to be a standalone game and not a DLC, anything less would have left fans feeling ripped off. One thing for sure, the events of the game take after the Spider-Man storyline in the 2018 game.

So far, Insomniac promises a full story arc, including new villains, missions, side quests, and tremendous eye-candy content for fans to enjoy. So if you plan on enjoying the game to the fullest, it will be a wise decision to ask professionals to do my assignment and complete the story without being disturbed this year.

Unfortunately, Sony has already revealed that many PS5 exclusive titles and games will not be made available for the PS4 console. However, the PS4 will continue to receive new games and exclusive content for yet another couple of years after the new console officially hits the market.

This may hit hard for many fans out there, but it seems like game developers and Sony are really pushing you to go out and get your hand on the new PS5 that is expected to be released during the holiday season this year.

However, with that statement, there is also a possibility that many exciting PS4 titles may receive a remastered version for the new console. So yeah, we lose some, and we win some!

PS5 has already made a lot of claims about how speedy it’s going to be, and the next-gen graphics so far look pretty amazing. We want smooth gameplay without any lag and rendering of 3D surroundings at lightning-fast speeds.

Surely there is going to be a lot of brawling and smashing included in the game, but true fans would be interested in solving puzzles using the plethora of Miles abilities. Don’t forget Miles knows how to use camouflage to his advantage, so a couple of high-risk stealth missions would be great.

Many YouTube gaming channels are cheering the people at Insomniac for their latest web-slinger focused title. Fans online are going crazy, and there is no doubt that so far, Mile Morales on PS5 is on everybody’s wish list. I personally agree with saving as much as you can to get both the title and the console this year.

So if you got relatives offering you gifts and greetings this coming holiday season, you might ask them for cash instead of things. I know it sounds a lot cheesy, but hey, whatever can help you get your funds up and running.

The cause matters. Fingers crossed, and Cheers!!!

Looking for a controller? Here are some of the best controllers with paddles.

Written by Claudia Jeffrey who currently works as a Digital Evangelist & Content Strategist at Dissertation Assistance. This is where higher education students can buy an essay online from experts specializing in their field of study. During her free time, she likes to play both old and new hack ‘n slash games.