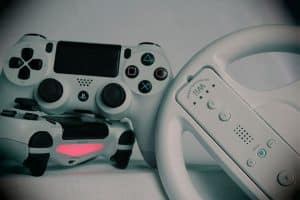 Imagine trying to navigate away from a mob of flesh-eating zombies in The Evil Within 2, engaging all your senses and reflexes to move on to the next level AND having to deal with your PS4 controller lagging and disconnecting at the same time. I know, it would be extremely frustrating and maddening. Trying to play your favorite games is no fun when your PS4 controller seemingly refuses to respond to your inputs and keeps disconnecting intermittently.

While the PS4’s DualShock 4 is a relatively solid game controller and is not exactly prone to this issue, they do happen regardless. In this article, we’ll be examining some possible causes of your PS4 controller lagging and disconnecting, and looking at some helpful tips on how to fix this problem.

What Causes the Lagging and Disconnecting on Your PS4?

There are several possible solutions you can test out to fix the lagging and disconnection issues on your PS4 controller. We would like to know which of them worked for you.

1.    Move or shut down devices that may be causing interference

If ps4 controller keeps disconnecting and lagging, you may need to move your Wi-Fi router, laptops, phones, or any other devices that may be causing an interference away from the general area of your game console. Even a PS4 hard drive with a USB 3.0 connection may be the culprit.

2.    Disconnect and reconnect your PS4 controller

If neither of the options above has worked to stop your PS4 controller lagging and disconnecting issue, then it is time to reset the controller. Resetting your DualShock 4 controller is quite simple and straight-forward. At the back of the controller is a small hole near the left shoulder button >> Insert a toothpick or SIM ejector into the hole and push the button buried in it >> Hold down this button for about 5 seconds. The controller should now be reset.

To re-establish a connection, follow the same step in the second fix. Simply press the PS button. If the controller refuses to reconnect, connect a USB cable from the controller to the game console.

Read also: How to Connect a Wired and Wireless PS4 Controller to Laptop

The next step if your ps4 controller keeps disconnecting would be to clear your game console’s cache. This is usually a reliable solution to game connection and lag issues. Since there are no Settings options to help clear your PS4’s cache, you will have to go about it manually.

The PS4 must be turned off to clear its cache. If it is in rest mode, the process will not work. Press the PS4 button and bring up the Quick Menu >> Select “Turn off PlayStation 4” >> Once the indicator light on the console has stopped flashing, unplug the power cable from the back of the game console >> Wait for about half a minute, the put the power cable back into the PS4 and start it up as usual.