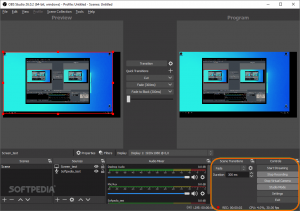 OBS studio is one of the best software for streaming audio and video content. The software is also a great addition to your setup if you’re on the lookout for free screen recorders for computers. So what are the OBS studio system requirements to be able to run it on your computer without the glitches and the delays that come with using software on a computer it’s not suited to run with?

Machine: The OBS studio is compatible with computers running Windows, Linux, and Mac. From experience, we think running the latest versions of these operating systems will be giving you better operation and better support from the company.

Processor: You will need at least Intel Core i5 or AMD FX series. You’d be better served by a dual-core, 4-core processor, or anything higher. You’d also need a DirectX 10 capable graphics card. We tried using a computer with Intel Core i3, and while the performance wasn’t as cool as what we got on an Intel Core i5 machine, we were able to handle most operations and tasks with ease.

RAM: We would recommend that your computer have a minimum of 4GB RAM to run this software. While we recommend 4GB for smooth operations, we have been able to run it on a 2GB RAM machine, so that should also work. The only difference was that we got better, faster, and smoother operation of the software with a 4GB RAM machine.

What are some features that have made OBS Studio one of the best audio-video tools you have on the market for YouTube, Facebook, and YouTube video making?