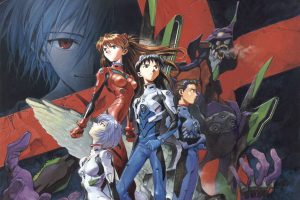 Neon Genesis Evangelion depicts a time when monsters descended on the earth intending to destroy every trace of humanity. One young boy goes under the cold dictatorship of his father and joins a squad of pilots to drive back the invaders using giant machines that have minds of their own. This movie, first launched in 1995 is one movie that made the childhood of most of us fun, and in a twist of fate, the movie is now available on Netflix, a great comeback.

This is the first time that the Neon Genesis Evangelion is legally available in over 20 decades, and being able to watch the movie today, in 2020 is fascinating, and for me, more fascinating than watching it back in 1995. One of those things I couldn’t help but expect to see is how today’s generation will take the movie. For many, the Neon Genesis Evangelion is the best anime of all time, from portraying the awful courage needed to stop an apocalypse to seeing how much work people who have the job of protecting others have to do.

Shinji is the 14-year-old who was conscripted by his own father to join the fight against the invaders. The father runs a secret intergovernmental agency, whose main purpose is to defeat the large aliens that are bent on destroying humanity. The weapons we spoke about at the beginning are the Evangelion, the only weapons that are strong enough to destroy the aliens.

Like in many movie plots, the 14-year-old earlier mentioned refuses to pilot the Evangelion but was later compelled as that was the only way to save humanity. So it’s either he pilots the Evangelion or everyone dies. At a point (in episode 4) Shinji breaks down from the stress of piloting the Evangelion Unit 01 and from fighting the aliens.

As a whole, the movie did enjoy a measure of real success. Although it doesn’t make perfect logical sense for many of today’s viewers, we still believe its great filmmaking. So we just take our minds off the major shortcomings and focus on the fact that this show became a resounding commercial hit. Let’s now take a look at Neon Genesis Evangelion Watch Order and episode list.

Episode 15 – Those Women Longed for the Touch of Others’ Lips, and Thus Invited Their Kisses. – 10 January 1996

What is the perfect Neon Genesis Evangelion watch order? This section of our article will be examining the episodes and helping you see in what order you should enjoy them.

The movie has a total of 26 episodes, it also has special episodes like Death and Rebirth and Rebuilds. The Rebuilds retrace the plot of the movie, but they don’t have any form of continuation of the story, so they’re not very essential. The order we placed it above is the order in which they came, so you can just watch in that order. But if we will suggest a watch order, considering that some of the episodes and parts are either repetitions or have no new things for viewers, here is our own watch order: