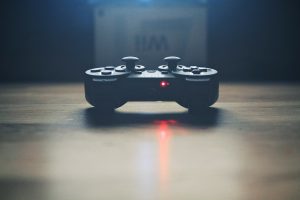 There are roughly tens of thousands of video game titles available across different consoles and computers. If you include mobile video games on that list, then the numbers would jump to hundreds of thousands. This means that there are many different game options for you to choose from. But with so many choices, which among them is the most preferred before all others? Surely, there are many popular games out there. These are the top 5 most favorites.

Do you look at revenue earned, the number of copies sold or downloaded, or the game’s name recognition? Do you consider different game titles of the same franchise or series or you count it as one? In coming up with this list, each game title is considered, even if it belongs under the same franchise.

Below is the list of the top 5 most favorite video games of all-time.

We give the nod of the most favorite and most popular video game of all-time to the simple yet addictive Tetris. It’s a game that was released in 1984 and it continues to be popular even to this day. But what’s amazing about Tetris is that it’s a game that doesn’t offer out of this world graphics or very captivating gameplay. It’s a very simple game where your goal is to get to achieve the highest score. You just need to guide the tetromino as it is falling, making sure that it won’t just stack one after another and cause the game to be over.

Though it’s simple, it is very challenging. You never know what tetromino will appear since the game doesn’t follow any order of appearance. So you have to be quick in reacting once the tetromino appears and starts falling. This simple but challenging gameplay is what draws people to Tetris. It’s also a game that everyone can play. You don’t need to be an avid gamer to play Tetris, which makes it a very popular choice for people.

The second most favorite game of all-time is Minecraft. It is currently the most played game in the whole world and has been a staple at any popular games list since it launched in 2009. The only reason Minecraft loses to Tetris on this list is that the latter is older. Similar to Tetris, Minecraft doesn’t boast exceptional graphics. But what makes it popular is its flexible gameplay.

People can choose to play it in survival mode where the goal is to survive from the monsters that come out and attack at night. They must gather resources and use it to build a shelter for their character’s protection. They can also choose to play the game in creative mode, where players have the freedom to express their creativity and build anything they want inside the game. They will have access to infinite resources and use it to fuel their creative juices. (Minecraft cracked servers).

The Legend of Zelda: Ocarina of Time 3D

One example is that the game was the first to introduce assigning specific items to certain buttons on the console controller. You can assign health potions on button B (one of the buttons on an N64 controller). So every time you press the B button, Link will use the health potion. It’s also a game that introduced 3D, which was still at its infancy during that time. (The Legend of Zelda breath of the wild pc)

World of Warcraft — Battle for Azeroth

World of Warcraft (WoW) is fourth on the all-time list of the most favorite games ever. The massive multiplayer online role-playing game (MMORPG) is one of the popular game genres and WoW is its most popular one. This is even after more than 15 years of being online. But what makes this game from Blizzard so popular?

One of the main reasons is that it is a game that everyone can play. Whether you are a beginner, a seasoned gamer, or even an expert, you will enjoy playing WoW. The game’s tutorials are simple and easy to understand, and it offers many different contents for every type of gamer. You will enjoy playing it, regardless if you are someone who enjoys PVP, doing quests, or raiding. The game is also updated constantly, so there is always something new to play. (World Of Warcraft download).

Completing the top 5 most favorite video games of all-time is Grand Theft Auto (GTA) V. The GTA franchise is another well-known game around the world. And out of the many different titles they released, GTA V or GTA5 is the franchise’s most popular. Released in 2013, many people continue to buy and play this game.

The game garnered many positive reviews because it combined a great open-world environment and compelling narrative. There are also many side-missions, sub-quests, and secrets that players can find, which made it popular for a long time. But the launch of the shared-multiplayer mode GTA Online, gave GTA5 its staying power, even up to this day. (Grand Theft Auto V PC game download, Grand Theft Auto V apk free download).

Lea is a Content Writer at Games.lol. She is an avid PC and mobile gamer who is always on the lookout for the best games to play. She is also up to date on the latest news and happenings in tech and gadgets, and uses her knowledge and findings in writing features, reviews, and guides on a freelance basis.