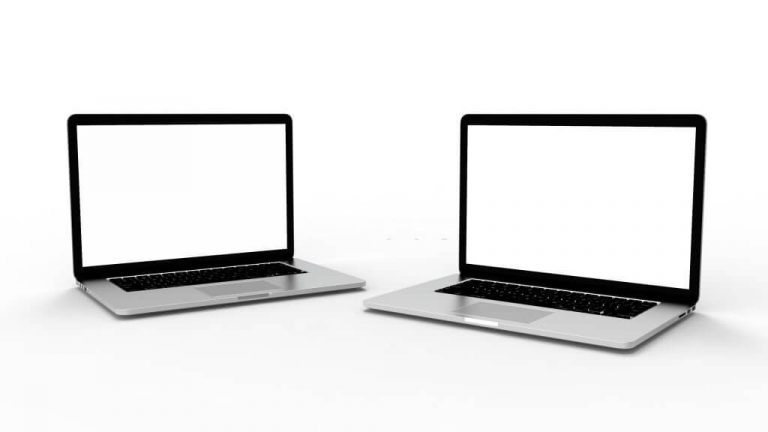 Clash of Kings, battle of giants, whatever you choose to call it – a Lenovo Vs Dell Vs HP comparison is inevitable every passing year. Reviews like this have been written a million and one times before and will be written some more after this.

These three companies are the biggest, most successful, and most popular computer brands in the world and they are in steady competition with each other, finding bigger and better ways to wow their customers, and widen their customer base even more.

It is no wonder that the vast majority finds it difficult choosing between the brands – with so many similarities and factors to consider, who wouldn’t be confused?

This article discusses the similarities, differences, strengths, and weaknesses of all three brands in overall, desktop, gaming laptop, and monitor comparisons. If you are trying to decide which to purchase, this article would be the best first step.

As similar, as they might seem, several distinct features make each brand different. The design, performance, prices, and graphics of each have specific differences that make one more suitable for specific needs than the other. This and many other reasons are why we would continue to see the Lenovo Vs Dell Vs HP comparison.

A Chinese brand founded in 1984, producing and marketing a wide range of laptops, smart TVs, tablets, smartphones, printers, and various other electronic devices. The majority of their laptops come with Intel processors; they also stick to intel for graphics processors.

Their laptops come in a wide selection of screen sizes, and 6-cell batteries. They are mainly built for productivity, durability, convenience and are known for exceptional battery life and performance.

Battery life is one area where Lenovo shines compared to its contenders and it loses a few points with high-resolution screens. Lenovo batteries are famous for better performance and lasting the longest – between 6-10 hours.

Lenovo laptops are also quite portable which makes them the top choice for students and those who work on the go. However, these laptops tend to lack high-resolution screens.

When it comes to pricing, Lenovo’s starter laptops can cost as low as $140 – perfect for those on a budget who still want fair enough performance. Lenovo laptops also have prices as high as $2500 for gaming laptops. Lenovo costs a little higher than HP laptops, mostly because they are very innovative.

We will award another point to Lenovo for its never-ending innovation. Some of the more recently released models of Lenovo laptops are so innovative, you’d want to buy every single one.’

Lenovo makes an effort to build laptops for every possible user and their specific needs – professionals, students, gamers, for personal use, and even budget laptops. They have some of the best-designed laptops yet.

This versatility is one of the many ways in which they draw in more and more customers by the day. Lenovo laptops are most suitable for workers, students, and personal use.

Dell is an American brand under the parent company, Dell Technologies, also founded in 1984. The company is known for the production, distribution, marketing, and repair of computers and computer accessories.

Dell laptops use processors like Intel/AMD and are famous for their build quality, flexibility, performance, and customization. They are built with higher quality materials and can survive falls that HP or Lenovo laptops cannot survive.

Dell laptops are flexible in the sense that the batteries and chargers can be interchanged between different models. This makes it easier to find and replace parts of a Dell laptop.

They typically come with standard charging ports which means that some can even use HP chargers. This is another area that Dell wins against HP and Lenovo laptops. The majority of their laptops have specific chargers and batteries.

You can also customize and upgrade your Dell laptops easily, and if you can’t find a Dell laptop that perfectly suits your needs, Dell will make one for you, isn’t that great? These typically cost more – as expected – but it is a great way to entice high-end customers.

Compared to Lenovo, Dell laptops come with 3-cell batteries, which are fair enough but tend to depreciate much faster.

Performance and display are additional points for Dell. Not only do Dell laptops have better and improved performance, they also provide a variety of storage and memory options. They also have the best display amongst the three brands with high-end screens and HDR on the majority of their models, as well as the option to easily upgrade to a 4K display.

In terms of design, Dell laptops are mostly built with simplistic designs. They come highly recommended for heavy usage and complex/graphics-intensive tasks like games and video editing. If you don’t want something for heavy usage, they also have Chromebooks that are more than efficient for light usage.

The higher-end models provide amazing graphics and are built to provide excellent performance. Dell’s mid-range laptops are suitable for business and light gaming, while the lower-end laptops are typically recommended for personal use but are also great for work.

Of all three, HP is the oldest company. An American company founded in 1939, HP is the most popular computer brand in the world producing a range of computers, phones, servers, and computer accessories. With several years in the industry, HP has found many different ways to tantalize its customers. From user-friendly keyboard and touchpads to the best in responsiveness and smoothness.

What it lacks in build quality compared to Dell, it makes up for in display quality and screen resolution compared to Lenovo. HP is the friendlier and easy-to-manage option when it comes to responsiveness, sensitivity, commands, and smoothness.

HP laptops are also cheaper than Dell but not quite as cheap as Lenovo. These laptops come with better-lasting batteries compared to Dell, however, finding a replacement that lasts just as long is almost impossible.

Although aesthetically pleasing, HP laptops have a more generic and typical design compared to Dell and Lenovo.

Lenovo is more innovative in terms of providing comfort and convenience to its users, while HP developed innovations like webcam kill-switch and SureScreen views. HP also has high-end screens and impressive display quality similar to Dell and much better than Lenovo.

In terms of performance and durability, HP falls short compared to Dell. The more recent models of HP laptops have improved in performance but still have a long way to go. HP laptops are more popular for issues like heating issues, noise, and depreciated performance. They are also much more fragile – the first fall will be the beginning of many problems.

Looking at our Lenovo Vs Dell Vs HP comparison, we recommend considering each brand in their different categories as each has hits and misses that are worth noting.

Much like Dell’s laptops, its desktops have an amazing reputation. They are also easily upgradable, cheaper than Lenovo, and offer great performance, especially with multitasking – you can literally use them for anything and they will perform. Lenovo on the other hand also makes great desktops but they fall short when it comes to performance and upgradability.

While Lenovo desktops are great for office work and light gaming, they might not do so well with higher-end games.

They are also not easily upgradable – if you want to upgrade a Lenovo desktop, you would have to pay a lot more than when you upgrade a Dell desktop. Finally, HP desktops are very similar to Dell desktops, in terms of build and performance.

Dell’s overall customer service beats every other company except Apple.

Graphics and performance on HP laptops are more impressive and cheaper than you would think. Finally, Lenovo laptops lack high-resolution screens, which means the display would suffer and most gamers cannot compromise on display.

Read also: Apple Watch Stainless Steel Vs Titanium – Which You Should Go For

Lenovo monitors are much prettier and more innovative compared to HP and Dell, and they also have better graphics cards. Dell laptops are built towards multitasking. HP and Lenovo monitors are built for office use. Each brand has pros and cons n different aspects and picking one would depend on your specific needs.

With graphics, Dell takes the lead – sound, Lenovo does best – prices, Lenovo has the cheapest – performance, Dell wins – durability, Dell also wins – designs, Lenovo rules – tech/customer support, Dell does it best and finally, with the build quality, Dell takes the gold. HP is more of the fair option of the three. The majority would pick up a Dell laptop first before any other.

So, for a Lenovo Vs Dell Vs HP comparison, the ultimate decision comes down to personal preferences and needs. After reading this article, you should be able to decide which brand has more of the specs you desire, whether for a laptop, monitor, or desktop.

There are many different opinions about which brand is better, which is why we believe that each person has a reason behind their decision and it might not always work for the next person. In other words, we encourage you to make your own decision with the facts we have presented. Good luck!