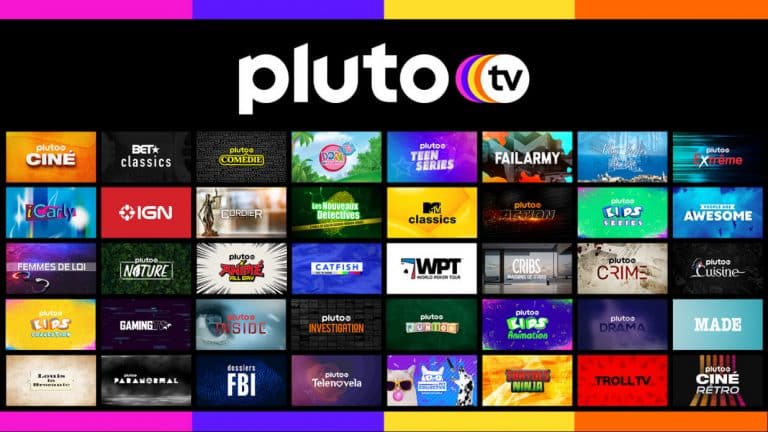 Streaming services have become a useful way to catch up on the latest TV shows and series. However, many popular ones ask you to subscribe with a monthly fee to view their channels. On the other hand, for some streaming applications like Pluto TV, you don’t have to pay to access the movies on their platform. So, how does Pluto TV work?

Pluto TV is a free streaming service that only requires an internet connection to watch the available TV shows.

Still, it’s not uncommon to entertain doubts about this app. For example, is Pluto TV safe to use, Is the App even legal, and how can they offer free streaming services? This article would help explain that.

Yes, Pluto TV is safe. And although it contains numerous ads, there is no presence of malicious software or viruses on the Application.

Yes, Pluto TV is legal. The streaming service is owned by Paramount and was launched in 2014. In addition, the content that you can access on their application is entirely from legitimate sources. They curate lots of old TV shows, series, and on-demand movies.

What’s more, since its launch the selection of movies has increased. And, recently the application interface has also been updated to improve every user experience.

Why Is Pluto TV Free? How Does Pluto TV Make Money?

Pluto TV is free because of the use of advertisements. When you watch the selected programs available on the platform, ads play at intervals. This allows the app to stay free and offer on-demand content.

A movie or show that plays for 30 minutes typically has four (4) commercial breaks and if it’s for an hour, these breaks increase to eight (8). The adverts usually last 20-30 seconds, and the whole experience is similar to watching Cable television. Pluto TV generates its profit through these adverts.

What Channels Do I Get with Pluto TV?

Pluto TV comes with a good selection of channels that you can either stream on the website or the downloaded app. These channels include:

How Many Channels Does Pluto TV Have?

Pluto TV has 250+ channels, but this number varies based on the country you are watching it from. It also contains over 1000+ movies and an extensive library of TV shows that are still growing.

It is important to note that most news and sports channels of this service do not show live streams of events. Instead, it is often repeated news or the past highlights and analysis of important matches.

Although Pluto TV offers exciting channels, it is only available for use in specific countries such as The United States, South America, etc. Alternatively, only some channels are gotten in the United Kingdom, Canada, Spain, and Germany.

Pluto TV is inaccessible in India, New Zealand, Kenya, Nigeria, other parts of Africa, etc. If you still want to watch Pluto TV despite the restriction in your country. We recommend that you do the following:

How Do You Watch Pluto TV?

To watch Pluto TV, you either go to their website or download the app on the Google play store or the App store. You can begin streaming your favorite shows immediately without signing in to the website. But if you’re using the app. It is required that you create an account before you would be able to access the platform.

And if you have doubted the app’s credibility by asking: Is Pluto TV safe, now you have your answer, which should undoubtedly be yes. This is because Pluto TV does not ask for your card information or any other sensitive details before you begin to use the streaming service.

Are There Any Sticking Points with Pluto TV?

Using Pluto TV comes with its advantages and disadvantages. And although Pluto TV is safe to use, free as well as legal. It has some sticking points that do not make it a top pick for some users. The cons of using Pluto TV are

These reasons are why Pluto TV might not be everybody’s favorite, but we must remember that the streaming service is entirely free. Hence it is understandable why it would have some limitations.

What Devices Can I Use to Watch Pluto TV?

You can watch Pluto TV on these devices:

How Much Data Does Pluto TV Use?

The amount of data used while streaming a movie on Pluto TV depends on the internet connection and speed. This figure is also affected by the device you use and the streaming quality. On average, a video of standard definition (480p) uses 700MB per hour to stream. For high definition (720p and above), it requires 900MB-2GB. Keep in mind that these are not specific values. Instead, it should serve as a guide.

Pluto TV is a free service from the get-go. So, you can use it alongside Amazon Prime. However, since Amazon Prime is a paid streaming service, it is sometimes recommended to use them both in order to have an additional selection of TV programs at no extra cost.

How Do I Activate and Watch Pluto TV On My Samsung Smart TV?

To activate and watch Pluto TV on your Samsung Smart TV. Follow these instructions:

Can You Watch Pluto TV Offline?

No, you cannot watch Pluto TV offline. The service has made no provision for users to be able to download TV shows and watch them later. And, it is unlikely that this feature will be added later on, so for now, you would require a steady internet connection to stream the content available on Pluto TV.

How to Search for Movies and Shows on Pluto TV

Although Pluto TV does not come with a traditional search bar, there are other ways for you to look for movies and shows.

If you’re interested in watching live channels on Pluto TV, then using the channel list is the advisable choice. This lineup from their website serves as a valuable guide.

What’s more, it also has the channel name and number alongside the category that they fall into. The only thing not stated is the time for shows, and you can find that out by checking the channel either on the website or app to see the list of programs slated for that day.

How to Use Pluto TV On Android

The steps to use Pluto TV on Android devices are as follows:

How to Remove Pluto TV On Windows 10

If you have had enough of Pluto TV and want to uninstall it from Windows 10. Do the following

How to Change the Language on Pluto TV

Watching Pluto TV in a language you don’t understand can be a bother. But unfortunately, you cannot change the language of the audio. What you can do is switch the subtitles to the language that you know. The process to do this differs in each device.

For iOS and TVOS devices

For Roku TV and Devices

How to Turn OFF Subtitles on Pluto TV

The steps to turn off subtitles on Pluto TV vary slightly for every device. However, once you previously enabled closed captioning (CC), you can toggle it off to remove the subtitles from your screen.

Go to Options/Settings >> Subtitles >> Closed Captioning (CC) >> Turn it OFF.

While Pluto TV has a vast selection of movies, there are some that you should definitely check out

Can You Record Pluto TV?

No, you cannot record Pluto TV. This is due to the absence of the Cloud DVR feature in the streaming service provider. Cloud DVR helps customers store content and record shows simultaneously, so the lack of it makes recording impossible.

Downloading Pluto TV is a good choice because it offers a lot of value despite being a free streaming service. In addition, questions like “Is Pluto TV safe?” and “how does the parent company make their profit?” have already been addressed.

Consequently, if you’re looking to watch movies while on a budget, going for Pluto TV could be a worthwhile solution.