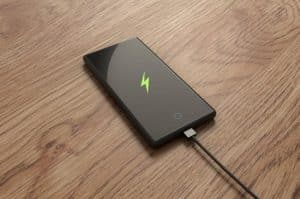 Most of us can’t do without our phones. Our phones help connect us to other people, to the world, to everything basically and some of us might find it difficult to let go of this connection even for a few minutes.

Almost every phone user is guilty of using their phones while charging. Even if it was ‘just for a second’ or ‘just one time’ – we’ve all done it. You plug your phone in and then notice some notification on your screen that distracts you and causes you to keep using it instead of letting it charge. Some of us even answer or make calls while charging.

Is it bad to use your phone while charging? Keep reading to find out! We will also be answering some other pressing questions in the minds of most phone users.

Is It Bad to Use Your Phone While Charging?

Every battery has a specific amount of time that it needs to get fully charged, but when it is being used while charging, it takes a lot longer and charges a lot slower. This causes the battery to bulge and once that happens, it would cause a lot of problems for the user – especially with built-in batteries. There are also cases of electrocution or batteries exploding and causing serious damage, although most high-end phones have an improved thermal system to cool the phone down in this situation.

Is It Okay to Use Phone While Charging with A Power Bank?

Your battery could also get damaged if you are using a poor-quality power bank or one with the wrong voltage. If you need to use your phone while charging with a power bank, then you can, otherwise, you shouldn’t.

Is It Good to Switch OFF the Phone While Charging?

Most people are not okay with turning their phones OFF while charging as it might cause them to miss important calls or messages. It is not necessary to turn your phone OFF while charging to get a fast charge, putting it on airplane mode is a decent alternative to turning it OFF or just not using it while you charge.

Is It Okay to Use Samsung Phone While Charging?

It is okay to use your Samsung phone while charging once in a while. It is not recommended to do this often as it will cause your phone to heat up and damage not only the battery but other components in the phone. There have also been cases of an explosion of the battery and electrocution. So, we strongly advise not to use your phone while charging except you really need to.

Is It Bad to Answer Calls While Charging?

No, it is not necessarily bad to answer calls while charging but it might be dangerous and inconvenient to put the phone on your face and answer a call while it’s charging, mostly because of heat from the phone. The safer option would be to put your phone on speaker or unplug the phone, answer the call and then plug it back in when you’re done.

So, is it bad to use your phone while charging? Not necessarily.

However, while there might be no need to panic, it is a lot safer to just give your phone time to charge properly. This will help you avoid battery problems and might help your battery last a lot longer, so why not?