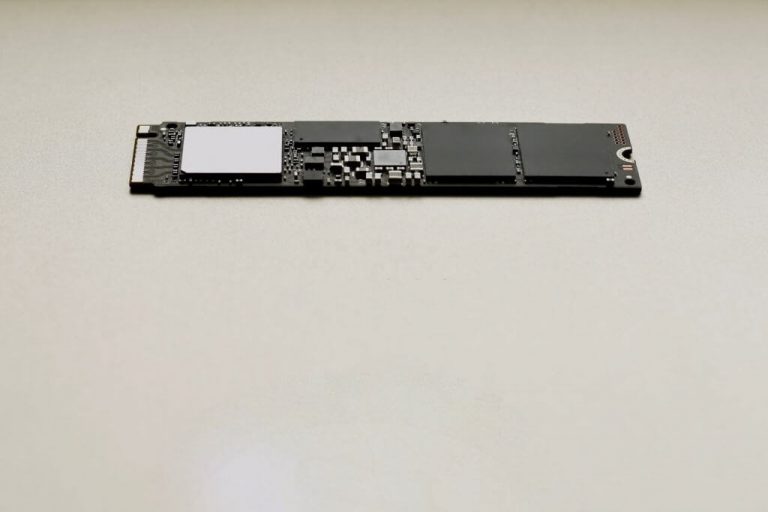 If you only intend to use the 128GB SSD for basic browsing, streaming videos and music, and saving data in the cloud, it should be enough. The demand for extra local storage is decreasing as more web apps are available to perform most of our tasks.

The computer market is gradually moving from traditional hard disk drives (HDDs) to chip-based solid-state drives (SSDs). The issue, as you have discovered, is price. SSDs are faster, but per gigabyte of storage space, they are far more expensive. The current option for some people is to make do with smaller and thus less expensive SSDs.

Yes, 128GB SSD is enough for Windows 10. The standard edition of Windows is around 15GB in size. And once you’ve installed it, you’ll have 75 to 80GB of free storage to which you can add some of your most important and often used applications to reduce their startup times and make them operate faster.

You should keep in mind, though, that big updates to Windows 10 are released regularly. For these updates, you’ll need more than 10GB of free space. As a result, having some extra space on your SSD will be beneficial. Therefore, we can say 128GB SSD is ideal but not practical in the long run.

Yes, 128 GB SSD is enough for most laptops, as long as there is enough external or online storage space and no gaming requirements. Otherwise, the laptop’s overall performance may be seriously affected.

When purchasing a 128GB SSD laptop, it is typical to realize that the entire 128GB is not available for use. Partition management, the Windows recovery environment, and a few support utilities are already installed. These hidden or invisible partitions reduce the space to 120 or 119 GB.

We all use laptops for storage purposes also. However, if you need to save a large number of images, music, or videos, this may not be enough. I recommend storing them on a memory card or external hard drive. Another option is to maximize the use of online storage. We can simply keep a significant number of our media files in Google Drive or any other cloud storage service. Even if you have some of your files on a regular hard drive, you will have amazing speeds as long as your windows and software are loaded on your SSD.

Is 128GB SSD Enough for Gaming?

No, 128GB is not enough for any real gaming. For the most part, I would recommend a 256GB or 512GB SSD because not many people will benefit from 1 full terabyte of solid-state storage. On the other hand, 120–128 GB SSDs aren’t all that much cheaper than a standard 240–256GB SSD, but they can hold a lot fewer data.

Yes, 128GB SSD is enough to install Microsoft Office. Microsoft Office, in the Program Files (x86) directory, could take up 2GB or 3GB, depending on which programs you have installed. That should still leave plenty of space on your 128GB SSD drive.

Is 128GB SSD Enough for Students?

Yes, 128GB SSD is enough storage for most students. This changes, though, if you are in a field that requires you to save a lot of applications, software, and audio or video files. Therefore, you’ll be alright with 128GB, but 256GB will be preferable in the long run if you’re not on a tight budget. Even so, if you have a 128GB SSD, having an extra HDD when the time comes will solve your problem.

Read also: Is 512GB SSD Enough for Gaming on Laptops and Desktops?

Is 128GB Laptop Enough for College?

Yes, 128GB SSD is enough for college especially if you’re just a freshman or your field doesn’t require you to install heavy programs on your laptop. However, unless you simply cannot afford it, I recommend going with 256GB or 512GB SSD storage. The reason for this is that 128GB will likely become insufficient after a while, and shifting files to and from an external drive is inconvenient.

Also, if your 128GB drive is 80-90 percent full, you may not be able to download a huge file, do updates, or do anything else.

128GB SSD is enough for all your programs and a decent amount of data. However, users who have lots of demanding usage like games and huge media collections will want to store some files in the cloud or add external storage.

Of course, 256GB or 512GB SSD is preferable to 128GB, and larger SSDs perform better. However, “most modern computer programs” do not require above 256GB. That much capacity would only be required for processing enormous files, such as re-encoding films and multiple video games.