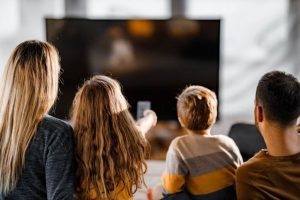 There are times when you just have to deal with your insignia TV’s ‘acting up’, like when it fails to turn ON.  We understand how frustrating this can be, especially when this happens at odd times of the day when help may not readily come your way. But what if you can troubleshoot your Insignia TV yourself and get it to work without much stress?

This article provides working fixes that can help you when your Insignia TV won’t turn ON. But before attempting to solve any problem, it makes perfect sense to know why it is happening. Afterward, we’ll look at best practices for when it misbehaves.

The most common cause of most power issues with TVs is loose or no connections to power sources. To ascertain if the issue is coming from the power source, trace the connections and check the point of contact between the TV’s plug and the wall socket.

If these connections are not as they are meant to be, if the power socket is loose, causing partial contact, or if the TV is not plugged at all, your Insignia TV won’t turn ON no matter how long you spend trying to power it ON. Another mistake some people make is plugging the TV into a power extension box but failing to put the extension box ON while trying to power ON the TV.

Read also: Do Smart TVs Have Bluetooth for Headphones and Speakers?

Faulty Remote Control: The remote control plays a major role in turning ON most TVs regardless of the brand. Every remote control has a power button that turns the TV ON. If the power indicator light is ON but this button is not turning your Insignia TV ON, your TV remote is faulty and needs some kind of fix. Either the remote is bad, the battery is low or just the power button is no longer functioning as it should.

TV hardware damage: There could have been some form of damage to the power board or some other component on your Insignia TV, causing your TV not to turn ON.

By now, you should know what is causing this issue. It is now time to try out working fixes for when your Insignia TV won’t turn ON.

Unplug your Insignia TV from the wall socket and hold down your TV’s power button for at least 60 seconds while it is not plugged into a wall socket. This drains any remaining electricity from your TV. After doing that, gently plug the TV back into the wall socket and confirm that the power indicator light on the TV is ON. When all these are done, press the power button on your remote to get your Insignia TV up and running.

Alternatively, if you would normally plug your TV into a power surge protector before plugging it into a wall socket, you could try plugging directly into the socket to get your TV back ON. When the TV works fine, you can now reconnect your TV to the surge protector.

If none of these works for your Insignia TV but you are sure the problem lies with the power source, plug your TV into another wall socket. You could also plug another device, maybe your smartphone charger into that same socket, to be sure there is nothing wrong with that socket.

If after observing the batteries you strongly feel that they are due for a replacement, take them out and replace them with new batteries. If the remote is faulty and no longer working even after changing the batteries, consider changing your remote.

Fix 3: For Any Hardware Issue

It is best to visit a technician for any hardware issue with your Insignia TV. But in most cases, the first and second options would have fixed your “Insignia TV won’t turn ON” issue.