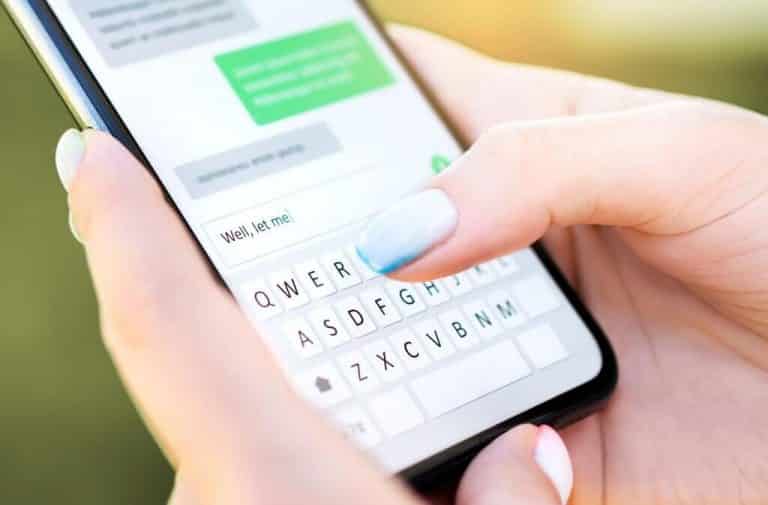 Do you suspect that one of your contacts has blocked your phone number? And now – while contemplating about texting them – you’re asking, “if someone blocked me will they still get my texts?”

Unfortunately, you may see the messages sent at your end, but the recipient will not receive them if the contact has truly blocked you. The only way, however, is to hide your caller ID or make use of anonymous SMS services that allow you to send texts without including your phone number.

But how do you know if someone blocked your texts? In this article, I’ll be answering those asking, “if someone blocked me will they still get my text.” I will also be telling you how to know when you’ve been blocked and how to text messages to a contact who blocked you.

If someone blocked me will they still get my texts?

If a contact has blocked your number, he will not receive your SMS even if everything happens at your level as if the messages were delivered successfully.

The difference on Android is, when the contact blocks you from sending them text messages, your messages will go straight into your Spam and Blocked section, just like in your email account, as can be seen below:

From the above, the first message is a Spam message, and the second is a message from a blocked contact.

How do you know if someone blocked your texts or number?

If you send texts to a contact and they’re not responding, or you suspect they’ve blocked you from texting, one way to know is to try calling them. Remember, you won’t receive an SMS from a contact who has blocked your number.

Sometimes, you will hear no ringtone when you try to call them, or you may be redirected to voicemail after hearing the ringtone for some seconds. If there are two or even more rings, this confirms that you have not been blocked.

Before concluding that your number has been blocked, note that you can obtain the same results (one or two rings) if your recipient has a bad reception signal or if his mobile is switched OFF.

To rule out the possibility that the contact you want to reach has turned OFF their phone, you can call them back immediately using a hidden number.

To make a hidden number call on iPhone, go to Settings >> Phone >> Show my Caller ID and toggle it to OFF.

If that’s not the right path for your Android, go to phone, and tap the three vertical dots at the top right of the screen. Then go to Settings >> Calling Accounts (select the network provider) >> Additional Settings >> Caller ID and then toggle ON Hide Number.

Smartphones cannot block unknown numbers. So, if you make two calls, one with your number, the other with an unknown, and the second call does not automatically redirect you to voicemail, then your recipient has blocked your number. Sorry about that! But there are ways to still send them messages.

But do not rely on or abuse hidden number calls. Most people do not respond to it, which can lead to legal consequences, as it can be seen as harassment. Operators can reveal the caller’s identity in the event of a complaint.

You can, however, text your blocked contact, although not in a conventional way.

How can I text someone who has blocked me?

First, you cannot text them using your phone’s message app since they blocked you. But you can always text them anonymously using an anonymous SMS service like Send Anonymous SMS, which is free.

If a phone is OFF, will the message say delivered?

If your recipient’s phone is switched OFF, you won’t get a Delivered notification until their phone is back ON. This applies to Android and iPhone users.

The same happens when you send a message to someone on WhatsApp or other platforms. For example, if you message someone on WhatsApp whose phone is turned OFF or whose data connection is not turned ON, you’ll only get one checkmark that signifies that your message has been sent. Two checkmarks would mean it’s been delivered. Blue checkmarks mean they’ve been delivered, received, and read.

How to know if someone blocked you on iMessage

You can know if your number has been blocked on a recipient’s iPhone by sending a message. For example, if you send an iMessage and the message never shows the “Delivered” or “Read” indicator and remains blue, you may have been blocked, but not always.

If the iMessage goes through and displays the “Read” prompt, you can be sure it hasn’t been blocked. However, you should remember that the read indicator may be disabled on the recipient’s iPhone.

You probably haven’t been blocked if the iMessage goes through and shows the “Delivered” indicator.

If the message can’t be sent and after various attempts to send the message, it turns green instead of blue, it can mean many things. For example, perhaps the recipient doesn’t have service on their iPhone, does not have a data connection, has iMessage turned OFF, or uses an Android (or other operating systems), etc.

There are many reasons why some iMessages might not work, and it is not always an indicator that the recipient has blocked you on their iPhone.

Also, remember that when sent messages are green instead of blue, it means that the iPhone is trying to send a traditional text message (SMS) instead of an iMessage.

Read also: How to Text Someone Who Blocked You on Android

You can crash and turn OFF someone’s iPhone with a text by sending them the following message on iMessage:

How to get someone’s messages to come to your phone

You can read someone’s message on your phone by using spying software. This is one of the ways intruders and hackers get information from their targets’ phones, including gaining access to passwords and pins.

Why am I still getting texts from a blocked number?

Some operating system bugs are the cause of this. Try updating your OS. Another reason can be your message setting; if you didn’t set it to block SMS from the contact, you might still receive their texts. Also, it may be that the blocked number is using an anonymous SMS service to send the message.

Will iMessage turn green if blocked?

If you block someone on iMessage, does it delete messages?

If you block a number on iMessage, you can’t receive the messages sent by the contact, and your iPhone doesn’t save them. So, it’s impossible to retrieve them from your iPhone. You’d better find messages from the blocked phone or unblock them and ask them to resend the messages.

No. Their messages will remain in your inbox. Although you’ll need to unblock the person to chat with them again. Blocking people on Instagram doesn’t affect past messages, even if it means new messages will not come in from the contact.

How do I know if someone blocked me on TextNow?

Technically, there is no way to know if someone has blocked you on TextNow, but you can get an idea. Send a message to the TextNow number and see if you’ll get a Delivered notification. If it doesn’t get delivered after a long time, this might be self-explanatory.

So, if you’ve been asking, “if someone blocked me will they still get my texts before now, I hope you’ve gotten your answers. Technically, if someone blocks your number, they won’t be getting your calls or messages.

It’s hard to tell if someone has blocked your phone number, but there are some unmistakable signs. If your contact never responds or calls you back, I’ve shown you several things to do.

However, know that repeatedly calling the same recipient in an unknown caller mode is considered harassment and has serious legal consequences.