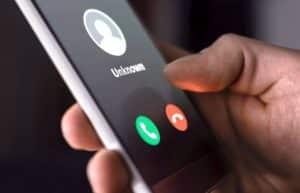 Scammers have several methods of cheating honest individuals of their hard-earned money. One common method is spoofing. For those who don’t know, spoofing is when the information displayed on your caller ID is deliberately falsified, showing a local number or company instead of the actual caller.

We have come across some of these scammers and have enough knowledge on how to deal with them. If you have not experienced this before, then you probably cannot tell if your phone is spoofed or recognize a spoofed call. This article will cover how to tell if your phone is spoofed, what actions you can take to stop it, and how to unmask the scammer.

How To Tell If Your Phone Is Spoofed

Your number is probably spoofed if you are receiving messages or calls in response to conversations that you were never involved in or people calling and texting, asking who you are. Getting these calls or messages from numbers you never contacted is a major sign that your phone is spoofed.

Read also: How to Overclock Android With and Without Root

My Phone Number Is Being Spoofed, What Can I Do?

If you can tell if your phone is spoofed, here are a couple of steps you can take to protect yourself:

Unfortunately, there is no real way to stop scammers from spoofing your number. These are only some steps you can take, hoping they will work. Once you can tell if your phone is spoofed, then you can go ahead to try the steps above.

How to Stop Someone from Spoofing My Phone Number

To stop someone from spoofing your phone number, you can try to use an app that blocks calls from unknown callers. One such app is ‘SHOULD I ANSWER’. After getting the app, you should also change your voice message, politely letting people know that your phone is being spoofed and they should block your number to stop getting the calls. The app would direct unknown callers straight to your voicemail where they would hear the new message you set. This would reduce the number of people the scammer can call using your phone number.

Read also: Why Am I Getting Spam Text Messages?

Can You Unmask Spoofed Caller Id?

No, you cannot unmask a spoofed caller ID. Spoofed calls look exactly like regular calls which makes unmasking them impossible. Trying to identify the scammer spoofing your phone would require a lot of time and effort that might not yield any progress in the end. Some common methods you can attempt are:

It is important to be extra careful when answering calls from strange numbers. Never give out personal information, do not press any button, and hang up if you feel it might be a spoofed call. Protect yourself and those around you from scammers and identity thieves by sharing your knowledge on how to tell if your phone is spoofed and dealing with spoofed calls.