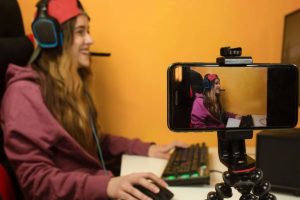 When the Nintendo Switch was released in early 2017, it took the gaming world by storm. Its versatility is unmatched because this tablet can be used as a home game console, or can be used as a portable gaming device.

However, because Nintendo Switch is currently one of the most popular gaming systems, users have always wanted to share their gaming adventure through interactive live streaming services. Unfortunately, the Nintendo Switch was not made to stream out-of-the-box like the Xbox and PS4. Most gamers use a capture card to stream Nintendo Switch.

How to stream Nintendo Switch to PC without a capture card

Wondering how to stream Nintendo switch without a capture card? Feel free to use any of these two methods.

Use the Xbox One Console

To use this method, you will need the following:

If you have all of these set:

Use the Streamlab OBS Software

To use this method, you need a very good internet connection in addition to the following:

How to stream Switch on Twitch without a capture card

Twitch is a live streaming service platform where you can stream just about anything, including games. Although streaming your game on this platform requires a capture card, downloading Streamlab applications remains one of the best alternatives.

The easiest way is to use an Xbox One console as mentioned above. Follow the same steps outlined above, but remember that on the Xbox Console Companion, Twitch will be the new preferred platform you’re streaming to.

How to record Nintendo Switch with a PC no capture card

If you wish to share your gameplay on the Nintendo switch with your friends afterward, you need to record the gameplay. The easiest way to do this is to use the game’s built-in capturing tool. While it is free and effortless, it has a defect. You can’t record the gameplay for more than 30 seconds.

When playing your Nintendo Switch,

If you want a longer recording, you need to buy a capture card.

How to stream Nintendo Switch on YouTube without a capture card

From the information shared so far, the only two methods are:

Is there any connection option that is different from the ones highlighted above? No. The only thing you should keep in mind is the difference in your destination platform. The new platform you are streaming to in this case is YouTube.