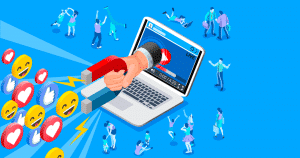 The trends have been pointing in this direction for a while, but now many social media companies are making it official. The “pay to play” model is in full swing, and despite how this might make social media content companies feel, this is a really good thing for businesses.

Facebook is the most recent to announce that spam from businesses won’t be tolerated. This has really been the unspoken case for a while, but now they’re upping the ante by threatening to remove posts from brands that are too promotional.

For businesses, it really comes down to two options: pay to play or keep it simple. Some are proposing abandoning the site altogether, but until search engines and the users stop putting so much credibility in the site (it ranks for most businesses on Google and Bing when people search for the company by name), abandoning the site would be a poor idea.

Here is a breakdown of the two options:

If Facebook is going to prevent unpaid posts from being seen or even allowed on its site from brands, then the first valid option is to start paying for placement. The bad news is that the platform has been free for many businesses for a while, so paying is a hard pill to swallow. The good news is that it’s cheap, especially when you compare it to other forms of digital advertising like banner or PPC advertising.

Businesses that adopt pay-to-play can take advantage of social media without it hitting their advertising budget too hard.

Yes, I said it. For years, I’ve been against automation on social media. I’ve written about how bad of an idea it is. Today, there’s a valid reason for the right type of automation to fill the gap for those who do not want to advertise.

Let’s look at the automotive industry as an example. The social solution by LotVantage is a perfect way for dealers to make it happen without spending much money. It fulfills the three basic needs of automation: relevant content, diversity of sources, and scaling levels of control by the user.

The content is relevant; it focuses on automotive websites, a dealership’s videos, their blogs, and the inventory from their website. This wide range of content types also fulfills the diversity of sources necessity for proper automation. Lastly, it allows dealers to set it and forget it, manually vet every post, or anywhere in between. This last part is important because the goal of automation in the first place is to be able to establish a strong presence without investing much money or time into social media.

This is a trend that isn’t going to change. Those who believe that they can work their way into social media success without spending money are not being realistic. It’s spreading to other networks. It’s the end game that has always been planned (in some cases unwittingly) by social sites since the dawn of Web 2.0.

Even though the direction of social media has been set, there are still very valid options available for businesses. That won’t change until they start charging users or decide to become non-profit… and those things will likely never happen.