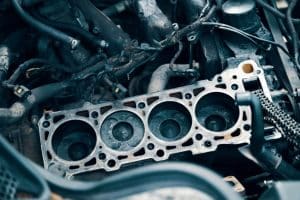 For most car enthusiasts, there is nothing quite like the feeling of your car accelerating at a very fast speed. Whether you’re willing to start very fast at a race or you want your vehicle to be the fastest, increasing your car’s horsepower can help you accomplish this. The addition of a supercharger is an excellent way of increasing your horsepower.

However, before you do that, you should know how much hp a supercharger adds. Additionally, you want to exercise caution to avoid adversely affecting your vehicle’s emissions.

How Does a Supercharger Work?

The supercharger increases air intake by squeezing air above the pressure exerted by atmospheric weight and ensuring there is no room for escape. Through this, the supercharger can add about 46 percent more horsepower and 31 percent more rotational force to the engine.

The supercharger also delivers high-pressure air in high-altitude conditions where the air is of low density and pressure. This automatically increases the speed of the engine.

To be able to show results, a supercharger must spin faster than the engine itself. Superchargers spin as high as 50,000 to 65,000 rotations per minute. They can get this power from the crankshaft. Superchargers are steered by accessory belts wrapped around a pulley and linked to a drive gear. The drive gear rotates the compressor gear, which draws air, compresses it, and pushes it into the intake manifold.

Cool air is important for the supercharger to be very effective. However, during the process of compression, the hot air is not very dense and will not expand. As such, it is the intercooler’s job to cool the compressed air before it gets to the intake manifold.

The intercooler, which can come in the air to air or water, has cooler pipes that immediately cool the hot air upon contact. This increases the air’s density and allows it to have a higher charge as it goes into the combustion chamber.

How Much Hp Does a Supercharger Add To a 6 Cylinder?

When using a supercharger, the engine’s intake is always connected directly to it, which boosts the horsepower. In addition, the engine’s power and torque are increased by 30 to 50 percent while using this mod as the supercharger operates in the engine and determines the RPM, simultaneously increasing the fuel efficiency. As a result, a vehicle’s performance can be quickly and easily improved using this method.

Furthermore, this process depletes the engine’s energy by up to 20% since it is connected to the engine’s power.

How Much Horsepower Does a Supercharger Add To a 4 Cylinder?

How Much Hp Does a Whipple Supercharger Add?

How much hp does a Whipple supercharger add depends on some functionality of the engine? For example, Whipple’s supercharger systems for the Mustang GT increase power by as much as 300 horsepower. So if you have a good engine, sound fuel system, good exhaust, and a good tune, you can get well over 1200hp with a 20psi pulley!

The amount of extra power you’ll get from any supercharger is mainly dependent on your goals and how far you’re willing to go with it. There is nothing better than Whipple for getting immense easy power from your car.

Can You Add a Supercharger and Turbocharger?

Yes, an engine can have a supercharger and a turbocharger. It all comes down to how much power you want to put into the engine. Exhaust gas powers turbochargers. A belt or chain attached to the camshaft drives the supercharger, which boosts the engine’s horsepower.

They both function as turbines forcing more air into the engine through the intake manifold, which ultimately increases its power. To increase the amount of oxygen injected into the engine, turbochargers, and superchargers both serve as compressors.

Although an aftermarket supercharger and turbocharger system can be installed on a car, it is an expensive option that is unlikely to be a wise financial decision.

Root, twin screw, and centrifugal superchargers are the three most common designs. If you want a turbocharger, you’ll have to spend money on it and upgrade the fuel system and perhaps the engine control module. Another option is to buy a turbocharged engine to replace your current one.

However, your car gets a boost of about 50-100 horsepower when you connect a supercharger to your engine. At the same time, a turbocharger adds about a 70-150 horsepower boost to your vehicle.

Read also: How to Screenshot on Toshiba, Lenovo & Dell Laptops