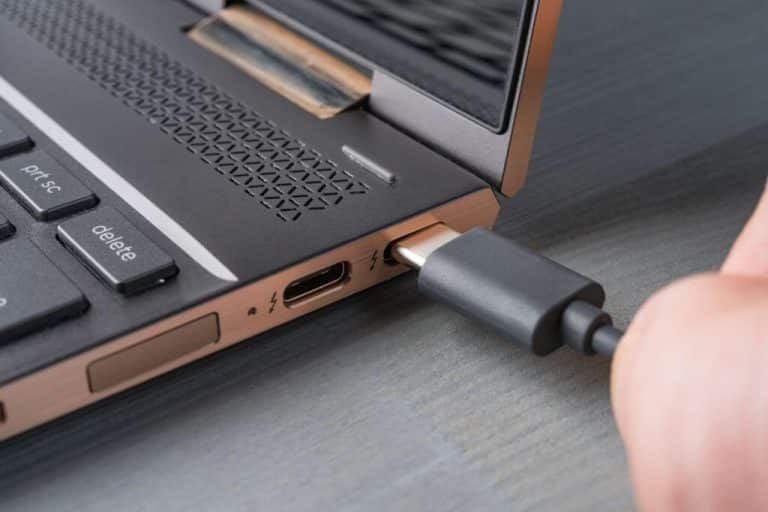 Understand that in measuring how many watts a laptop and desktop computer use, several external factors should be taken into consideration. These include screen brightness, graphic card usage, background apps running on the machine, and so on.

In this article, we answer the question: “how many watts does a laptop and desktop computer use?”

How Many Watts Does A Laptop and Desktop Use?

The industry standard for a typical 15-inch laptop is 65 Watts of power. 11 to 13 inches laptops can use 50 watts, while a 17-inch laptop may consume 70 to 80 watts. However, this can increase up to 100 or more depending on what you use the laptop for.

How Many Watts Does A Laptop Use When Charging?

A laptop uses between 90 and 150 watts when charging. Most laptops come with the wattage indicated on the chargers, so these are often good indicators of how much power your laptop draws when in operation. I have noticed, though, that laptops draw far less power after the battery is fully charged and when they are still plugged onto a power outlet.

How Many Watts Does A Desktop Computer Use?

Most desktop computers use between 60 to 250 watts. For desktop computers with no active screen savers, the Watt usage could top 300W. This is an average power consumption estimate, although it could be more if you are a high graphic desktop user.

How Many Watts Does A Monitor Use?

Computer monitors use between 20 to 100 watts of power on average. However, this value depends on certain factors like:

How Many Watts Does A Gaming Laptop Use?

A gaming laptop uses between 150W and 300 Watts. However, this power consumption depends on other factors like:

These factors can cause the power consumption to be slightly higher or lower.

Most HP chargers are rated 65W, but there are a few that are rated higher than that. While the only difference will be how fast they charge your computer, it is best to use the charger that is recommended for your HP laptop.

A typical Dell laptop charger is rated 65W. This means that the charger is capable of providing power up to this output wattage and of course, anything in between. This rating should not be confused with how much power your Dell laptop consumes per hour.

Most Acer laptop chargers have a 65Watt power rating. While this value is written on it, it doesn’t mean that your Acer laptop will consume 65W of power. Depending on how you use the laptop, the power consumption may vary. Also, if you are charging your Acer laptop with a 65 W charger, it might consume less when charging.

Can You Charge A Laptop in A Car?

Yes, you can! You can use a laptop car charger, a universal charger, or a laptop power bank.

Use a laptop car charger

There are cheap laptop car chargers available on the market. The chargers have a jack that can fit into your car’s outlet or cigarette lighter socket on one end. On the other end is another jack that will fit into your laptop’s power jack. This way, you do not have to manipulate any car part; just plug and charge on the go. However, for this process to work, your car’s engine will have to be running before you can plug it in. Do not plug it in before starting your engine if you don’t want to damage both your charger and your laptop.

Use a universal charger

Buy a universal car charger at any electronic store near you. This universal charger can fit into your car’s cigarette lighter outlet, while the other end has multiple jacks including one that can fit in your laptop’s power jack. Start your car engine, plug in the laptop, and charge even if you are on a road trip.

Use a laptop power bank

There are power banks that can charge laptops. You do not need to plug them into the car’s cigarette lighter jack and you can use them even when the engine is not running.  However, confirm if your laptop supports charging with power back before investing in it. This is because, for some reason, few laptops do not charge through the USB Type-C inputs.