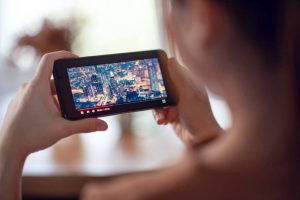 Just like a grocery store has different sizes of bags for carrying customers’ groceries, memory cards and storage devices come in different sizes too, and each user will decide which size to purchase. When making this decision, each user will weigh some factors, including the size of videos they intend to store on the SD card.

How many hours of video can 16GB hold?

How did we arrive at 10 videos? Typically, a 2 hours video will take about 1.5 GB. That means a 4GB SD card will hold two movies conveniently with some free space left. Multiplying this figure indicates that a 16GB memory stick can hold 10 hours of videos at a time.

How many downloaded movies does 32GB hold?

The normal size of one downloaded movie is about 1.5GB. At this rate, all you need to do is to prorate this value to get how many movies a 32GB memory can hold.

Going by that calculation, it is obvious that with your 32GB storage space, you can have between 20 and 22 downloaded movies of that size on it.

However, if the movies are further compressed, the number of downloaded movies you have on them is likely to increase, depending on how much the video files have been compressed.

How much recorded video can 32GB hold?

A 32 GB storage space will hold varying amounts of recorded videos based on the resolution at which the recording is done.

For instance, at a resolution of 720p at 120fps, a 32 GB storage will conveniently hold about 5 hours of recorded video.

At a resolution of 1080p at 30fps, a 32GB storage will conveniently hold about 4 hours of recorded video.

And at a resolution of 1080p at 60fps, a 32GB storage will conveniently hold about 3.5 hours of recorded video.

On a 64GB memory card, you can store 20 hours of 720p videos files in HD quality. Converting this amount of time to minutes will become around 1200 minutes.

720p is a high resolution, and this suggests that with a lower screen resolution, you may be able to have more than 20 hours of videos stored on the same size of SD card.

How many hours of video can 64GB hold?

Approximately, a 64GB storage device can hold more than 1 hour 20 minutes of video time based on the standard GoPro video resolution of 4k at 60fps.

Recording at a resolution of 1080p at 60fps creates enough space for about 5 hours of video time on a 64GB memory card.

How many videos can 128GB hold?

Assuming a video is just 3 minutes long, a 128GB memory card can hold nearly 75 or 76 videos. This estimate is based on the standard GoPro video resolution of 4k at 60fps.

Generally, the format and codec of the videos can influence the data rate of the videos. When this happens, it can affect how long it may take for a memory card that size to be full.

As a general rule, a resolution of 1080p at between 2.7k and 4k will typically make room for 2 to 3 minutes of video in one GB of digital storage.