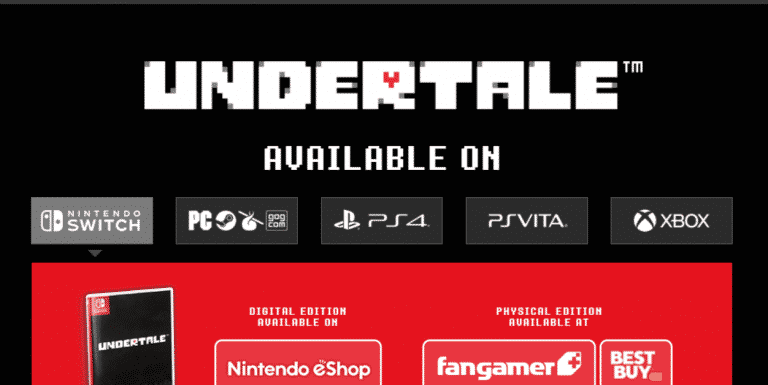 At the end of 2015, Undertale was on everyone’s lips – indie game enthusiasts, podcasters, critics, journalists. So when I started seeing the first shock waves of the game on social media, I had a very normal reaction. A pixel-heavy, critically enjoyable indie game with overflowing and sometimes slightly creepy enthusiasm from all sides.

The hype around the game continued for months, with the game making a massive comeback on game of the Year lists. Then I thought I’ll give it a shot; it would be a shame not to try my luck.

And then, I launched the game, finished it, and restarted it immediately. I finished it again. And now, I think it’s time to talk about it. I’ll start with the most frequently asked question: “how long is Undertale.” I used to ask this question too. And now, I think I can do justice to it!

How Long Is Undertale?

The short answer is that it takes 6 to 20 hours to complete the game. Next, I’ll break down how long it would take to get you through Undertale, depending on player type and skill.

If you’re a player who goes straight to the game’s main story, Undertale’s runtime is around 6.5 hours. However, experienced players can complete it in approximately 4.5 hours.

If you are a calm player who progresses at your own pace, you can complete the game’s story in 13 hours.

If you’re a gamer who wants to experience the main story and most secondary content, Undertale’s finish time is around 10 hours. However, experienced players can complete it in about 7 hours and 10 minutes.

If you are a calm player and progress at your own pace, it may take 33 hours and 35 minutes to complete it.

If you’re a dedicated gamer and will be 100% interested in the game, Undertale’s runtime is around 20 hours. However, experienced players can complete it in about 13 hours.

What type of game is Undertale?

Undertale is an independent role-playing game designed, developed, soundtracked, and distributed by Toby Fox, its sole creator, after raising just over $50,000 during a Kickstarter campaign in 2013.

Undertale pays homage to the classic Japanese RPGs of the NES era and tells the story of a human child who carelessly falls through a crevice while hiking and ends up in a mysterious underworld.

There it meets a group of survivors of the monsters banished from our earth. According to legend, humans and monsters once lived peacefully in the upper world, but mankind became greedy and banished the unwelcome creatures underground. Since then, a magical barrier has ensured that the monsters are trapped there forever.

Although there is a way to free the monsters, it comes at a high price. As unwilling visitors to the underworld, we are now free to choose whether to take the arduous path and free the monsters or kill everything and everyone to get back to the surface.

How to play Undertale?

The game is played via keyboard or gamepad. You have to control the 2D character from the JRPG-typical side view over the map, conduct dialogues and interact with objects at the push of a button. If we get into a random battle typical of the genre, the screen switches to a turn-based battle mode.

Here, you have to choose whether you want to attack, flee or use an item.

If you attack an opponent, you have to place a bar swinging from left to right in the hit zone in a short mini-game. On the other hand, when the opponent counterattacks, you have to dodge projectiles with a small heart like in a bullet hell shooter. Skilled players have a chance against stronger enemies.

How to play Undertale on phone?

You have two options to play on your mobile phone; you can do this in automatic mode or insert the game by yourself. Both are very easy:

Droidtale takes the media from the game and puts it into an APK by applying small changes to the code to make it compatible with Android.

Also, you should know that it is necessary to have a USB or Bluetooth controller since it is not compatible with touch controls. But even if it were, it would be quite challenging to control the game on the screen since certain areas require a lot of precision.

How to play Undertale on PS4

Two years after its release on PC, Undertale also arrived on PlayStation 4, specifically in 2017. Animated by a unique and hardly equal sensitivity, Undertale on PlayStation 4 is the same writing and gameplay miracle that has been able to enchant PC players. Purchase the game on PlayStation, download, install and play from the console.

How to speedrun on Undertale

The best way to speedrun is to boast without getting hit. Type “legs” in the essay part of the Mettaton EX battle, for example, and you’ll be able to get up to 350 points, the most for the battle.

With so many options, a speedrun of this game can last just over an hour or more than 30, depending on its mode. Speedrunners never get tired of setting themselves new challenges, as if completing a game in the shortest time possible wasn’t one of them.

How to start Genocide run on Undertale

To do a Genocide run, you have to kill all the monsters in the area you are in, that is to say, not just those you come across. To make enemies spawn faster, one technique is to go to a place where there are monster pops and go to a top wall, then press the up and down arrows at the same time to “walk” considerably faster.

How much is Undertale on Switch?

Undertale isn’t available for direct sale on Nintendo Switch. Still, you can purchase it at varying prices from retailers online. Currently, Best Buy sells it for $29.99.

How much is Undertale on Xbox?

Undertale isn’t available for direct sale on Nintendo Switch. Still, you can purchase it at varying prices from retailers online. Currently, Best Buy sells it for $29.99.

What can I play Undertale on?

You can play Undertale in Microsoft Windows, macOS X, Linux, PlayStation 4, PlayStation Vita, Nintendo Switch, and even Xbox One. You can also play the game on an Android phone with some tweaks.

How long is Undertale Pacifist?

True Pacifist can take you around six hours. But if you want to skip the story and dialogues and wish to progress in the game, it shouldn’t take you longer than two hours. On the other hand, if you’re going to experience all the interactions, backstories, and more, this could take you up to 32 hours.

How long is the Undertale Sans battle?

It takes two to three hours to beat Sans. In the New Home, you have no enemy other than Sans, who will be the final boss. It’s the most difficult battle in the game. Don’t accept “Spare” or it’ll kill you.

How long is Muffet Fight Undertale?

It takes 17 turns to beat Muffet. However, buying a Spider Cipher or Spider Donut can help you prevent the fight with Muffet.