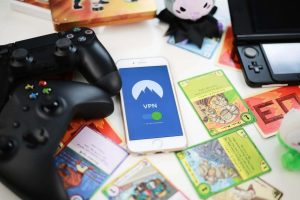 From the days of Pac-Man and Mario to the days of Fortnite and Overwatch, gaming has been a popular pastime. Created as a measure for leisure, it has now evolved into a money-making pursuit.

If you’ve lost your job due to COVID-19 or are simply bored as heck, try online games. Beat unemployment with fun and entertainment. Try being a gamer to pay your pending bills. I have picked 10 of the best games that make real money without investment for you to try.

Though some people think this is just a scam, online games do make decent money. This article will cover some legit gaming apps/websites where you can cash your hobby for actual currency, what’s better than to earn money, playing video games at your home!

Many games-hosting websites hold gaming tournaments. You can participate in these tournaments individually or with your team. Usually, you have to pay a few dollars as an entry fee, and then you can fight rival groups. Winning each tournament will make you eligible for a prize.

These activities are called esports and, like real-life sports, people bet on them. Therefore, esports betting is also a quick way to earn easy bucks online. League of Legends and CS: Go have a massive betting volume. Some betting websites even pay you a signing bonus when you join. This welcome gift, or an esports betting bonus, can be up to $100. Earning money via online gaming needs dedication and passion. Here are ten online games that pay your real cash for playing:

Offered at Miniclip and Skill 4 Win, 8 Ball Pool is a popular multiplayer pool game. It even has an app now for smartphone users. It lets you play billiards for free against strangers or friends. If you win a 1-on-1 tournament, the game awards you Pool Coins for your victory. They even offer a starter guide for people who want to learn how to play 8 Ball Pool. No wonder it was downloaded hundreds of millions of times on people’s smartphones. The highest you can reach in this game is the 150th level.

This game seems like something dreamt by Elon Musk. Exodus 3000 is a multiplayer RPG strategy game. It takes you a thousand years into the future. The earth is no longer a sustainable planet. So, humankind leaves its birthplace in mass “exodus” or migration. There’s a human colony on Mars where players have to find minerals and collect “Mars Dollars.” There are three ways to earn these alien dollars:

You can turn this weird Martian currency into real money. The exchange rate is $20 for 300,000 Mars Dollars. Exodus 3000 claims to have paid its members more than $65,000 since 2006—no need to download any external software. You just earn these Mars Dollars and upgrade your inventory. They also have an Exodus 3000 forum where they post updates and announcements.

GamerSaloon – Play Video Games Where You Can Make Real Money

Do you like playing Halo, Call of Duty, or other related games? If yes, then the GamerSaloon is the perfect spot for your gaming skills. You can play your favorite games here and earn real money. This website lets you participate in multiple tournaments where you win to get paid. But you’ll have to deposit an entrance fee before you start competing against other teams. Cash withdrawal options are PayPal or check. These guys claim they’ve awarded $70 million in prizes since 2006.

Games they host include Tekken 7, NHL 7, Apex Legends, Mortal Kombat II, and many more. For instance, Overwatch has an entry fee of just $2 with a $3 prize.

Let’s talk about serious esports. My 11 Circle is an Indian website that lets you participate in esports. As the name suggests, you create a team of 11 cricket players, which makes you productive. They claim they have 5 million downloads and more than 5 million users. They have also distributed a billion crore rupees as prize money that roughly translates to $13 million. It’s some sort of fantasy cricket where you can earn millions with the best cricket strategy. Although it’s free to download, you do have to pay some money as a registration fee. For sports fans, there are also online soccer/football options available as well.

Not to be confused with the children’s cartoon channel. Pogo is an online gaming website where you can play different exciting games here and make easy money. But there’s one catch. Before you can start playing, you have to watch ads for five days. You are awarded tokens for the ads you’ve viewed. After five days, you’re allowed to use these accumulated tokens to participate in online gaming.

Interestingly, this website doesn’t allow a person above 150 to join. That’s a bummer! The 50 games they offer are solitaire, Monopoly, Scrabble, and stuff like that. Created 21 years ago, it was once one of the top 10 sites with the most U.S. visitors.

Do you like answering questions and earning a little side money? If you do, try Point Club, an online survey platform. Their marketing catchphrase is: Become a survey superhero. You get paid to take surveys. Just participate in polls in your free time and become financially healthier. They even offer a signup bonus. You can join the site with your email, Google, or Facebook account. Register and they immediately award you $5. But, if filling out forms isn’t up your alley, they give a variety of options. You can play online games instead of answering survey questions.

Owned by a Canadian company, PokerStars is an online casino experience. This online poker game is free to download. But it requires a simple fee if you wish to enter cash contests. Your winnings depend on which variation you select. There are nine variations, such as RAZZ, Stud, Omaha, and many more. It has more than 50,000 players online and more than 4,000 active matches. The website organizes daily and weekly tournaments. If you’re new to poker, they even guide you on how to play cards.

Living a life in the digital realm is a very appealing concept. Second Life provides you such an opportunity with financial benefits. It lets you create your avatar that serves as your second digital life. You can even begin your own business in this virtual world and can create a new community around yourself. This online game has some fascinating history attached to it.

There was a woman who became the world’s first virtual millionaire by playing Second Life. CNN even called her the “Rockefeller of Second Life.” This 17-year old world of polygon still claims more than half a million active users. You can buy/sell virtual real estate in this game. But there are numerous other earning opportunities as well. For instance, you can have your own business, become creative, or go to the entertainment industry.

It’s a California-based loyalty-program, founded 12 years ago. You earn credits at Swag Bucks called – guess what? – “SwagBucks.” It has word games and arcade games. But this site lets you make money with other ways too.  Just using its search engine is like gold-mining. If you want to turn your Swag Bucks into real money, the credit score can get transferred to your PayPal account. Right now, they claim to have paid their members over $436 million. This website promises you coupons, paid surveys, and Amazon gift cards. You can redeem your credit in these three forms if you like.

Play crossword puzzles and turn your mastery of the English vocabulary into money. Wealth Words offer trivia and scribble to people with a passion for language, and it even has their own Wealth Words application. The website’s construction is also fine-looking. You can read their rules or visit their blog. Wealth Words also lets you try your luck with poems and stories. So, it’s a fun activity for literary individuals.

Smartphones and computers have become as common as shoes and clothes these days. The trend of video games started in the late ’50s and grew to popularity by the ’70s. Atari and Nintendo ruled the industry in the ’80s and the ’90s. In 2017, the U.S. video game industry generated $36 billion in revenue. That’s how much Americans are crazy about video games. As per Vox (2017), 73% of Generation Z owned a video game console.

A 2017 Pew Research article revealed that 43% of adult Americans often or sometimes played video games. Most gamers among men and women were aged 18 to 29. Therefore, it’s no surprise some people earn more than a thousand dollars every month playing games.

Most of the best games that make real money we’ve mentioned require you to have a computer. But many apps offer decent earning opportunities too. Some apps even pay you just to rate other apps. Getting productive with online gaming is quite easy-going for you once you get the hang of it. Like said before, all it takes is passion and dedication.

Looking for Android Games like Summertime Saga? Here are the best.