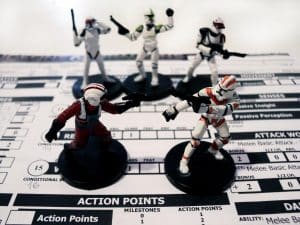 Some of us hate having to download games first and having to deal with games that are heavily tilted towards having multiple players. While multiplayer games look like the future of gaming, many still love the age-old single player modes in games either online or offline.

We love playing on our terms, at our own pace, on our time, and we don’t have to deal with teammates sabotaging games. I did some research and came up with a list of some of the best free online single player RPG games for PC, these games are available for download on websites like steam, and some don’t even require downloads, you just play online.

This remains one of the best free online single player RPG games for PC that I have played, and surely deserves its place on this list. Released in February 2021, this game features beautiful maidens who have superpowers, and they are tasked with standing up to a threat that has caused the fall of the champions of the world.

The League of maidens is tasked with fighting for the survival of man. You will be enjoying features that include extensive air, ground, and sea combat, there is gun shooting, melee fighting, human flight, swimming, extensive character customization options, and many other interesting features that this game offers.

Another game you’d want to try out if you want to play free online single player RPG games is Planet Explorers. Planet Explorers is set in the year 2287 when one of the first colony ships arrive on planet Maria from the earth. Something appears in front of the ship during the landing sequence, resulting in it losing control and crashing into the planet. Even though some of the colonists survived on lifeboats, they are faced with a land filled with creatures that are ready to outdo them. They now have to explore the planet, fight these creatures, gather and build a new home on this planet. From the story mode to the adventure mode to the build mode, this game is one of the best you’ll get your hands on.

Another game you will love to play and another deserving entry on this list of the best free online single player RPG games for PC is Genshin Impact. On the subject of game modes, Genshin Impact has both the classic single player mode and the co-op mode where up to four players will be able to play together.

Genshin Impact takes place in the massive fantasy continent of Teyvat. There are multiple characters, a very lively open world, lots of combat and exploration to do, and an engaging storyline. You will be playing as a mysterious traveler on a mission to find your lost sibling. You will be exploring game worlds with a lot of creatures and enemies, mysteries, and hidden treasures. As you win each scene, you will be able to play in even more expanded cities, meet new characters, and you will be able to play seasonal events.

Read also: Best Games Like Slay the Spire for Android

You’d definitely want to play this free online single player RPG game from Phoenix Labs, Dauntless. Dauntless is set in a world that has been torn apart by a cataclysmic event, and this has released dinosaur-like behemoths that are constantly attacking and killing the survivors. You will be fighting against these behemoths, collecting loots, and you will be crafting and upgrading powerful weapons so that you can take down more powerful behemoths.

To win in this game, you will need to defy extinction by stopping the behemoths who are trying to destroy the planet and consume the land. You will also have to master the hunt so that you will be able to win the ever-stronger opponents in-game. You will also have to craft as many items as possible to have improved weapons against your enemies.

Read also: Best Games Like World of Warcraft for Android and iOS

The last game on this list of the best free online single player RPG game for PC is Dissidia Final Fantasy. Dissidia Final Fantasy is set in a period of extreme conflict, a time of war between the gods of light and darkness. The gods, including the goddess of science, and the god of magic, Spiritus all bring their warriors together to face a very great threat.

The gameplay is intriguing, and you will be able to play in a couple of different modes. In the turn-based combat mode, you can engage in turn-based combat, and the bravery system challenges you to balance between offense and defense.