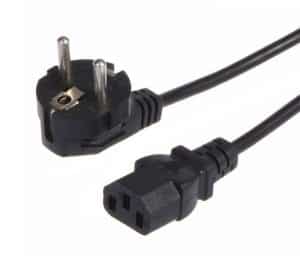 Sometimes caused by something as small as an improper connection, DisplayPort Not Working on Windows 10 running machines – laptops and desktops, can have a very huge impact on your processes, from causing downtime on the job to making it almost impossible to connect your computer to your monitor.

DisplayPort ensures that a high-performance display is delivered to the end-user, compared to other modes of connection, using an HDMI cable for connections delivers far improved display quality. If your monitors do not receive a signal when your devices are connected via DisplayPort, we thought of a few options that would surely come in handy in fixing the DisplayPort not working on Windows 10 for users. These fixes are working for Dell, HP, Sceptre and many other screens.

It’s possible that the DisplayPort feature isn’t working on your Dell machine because the monitor soft boots, resulting in a dysfunctional DP. We have found that turning OFF the monitor Power Saving feature from the monitor OSD should either fix the problem or help to avoid it.

While this fix has been tested and has been found to work on Dell and HP monitors, we generally encourage that you should try it on your machine to see if it works.

Another fix to try out on Dell machines is to: Connect both DisplayPort and HDMI cables to the monitor >> Start Windows with HDMI Mode >> then make the switch to DP via the OSD (you’ll see no message, just sleep mode and black screen) >> Remove the power cord from the monitor (don’t use the switch) and wait for some time >> Re-insert the power cable and Restart.

Another fix to try is an update of the BIOS of the GPU. In our case, that was the GTX 970, after completing the update, test to see if it works first before updating the drivers. If it does, you don’t need to touch the drivers. When the BIOS update didn’t work in our case, we updated our NVIDIA drivers, we then installed a monitor driver. You should use the NVIDIA Graphics Firmware update tool for DisplayPort.

Read also: How to Update GPU Drivers on Windows 10

Another option will be playing with your NVIDIA control panel itself. Open the NVIDIA Control Panel >> click Manage 3D Settings >> under Global Settings, set Power Management Mode to Prefer Maximum Performance. Forcing the graphic cards to maximum performance fixes the issue of the card entering an energy-saving state.

If none of these has fixed the DisplayPort Not Working on Windows 10 issue, then you should try playing around with the cord, the monitor, and the computer, because any one of these three could potentially be causing these issues. You might want to try using another monitor with the same DP cord and computer, if it stays the same, try testing the monitor and cord with another computer, and if the problem persists, try swapping the cord for another one to see if that fixes it for you.

Read also: How to Create an INI File on Windows

If you have recently done an update on the software side of things before experiencing this issue, we recommend rolling back the update to see if something was broken by the update. You would also want to change the refresh rate on your monitor to see if it works.

To roll back the driver update, click Properties >> select the Driver tab >> if there is an option to roll back, click it.

Read also: How to Stop Chrome from Opening New Tabs When You Click Links