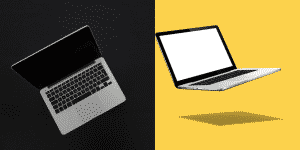 There have always been controversies surrounding the differences between Windows laptops and MacBooks. Whether you are here to make an informed purchase or just for the sake of knowing, we will make their differences clear. Are MacBooks better than Windows laptops? Or is the reverse the case?

We will be focusing on the differences between Windows laptops and MacBooks. We will also look at the pros and cons of each.

Differences Between Windows laptops and MacBooks

While their commands and shortcut buttons are different, there is more to the differences between them. The most basic difference is that a Windows laptop and a MacBook run on different operating systems. Their software and user experience differ. Let’s take a closer look at that.

Another interesting difference is that MacBooks can run other operating systems “legally and natively” and are the only laptops that can do that.

Also, Function keys on Mac laptops often have extra functions. Most people who learned to use a computer on the Windows operating system find it easier to navigate Windows laptops than MacBooks.

The MacBook’s design is second to none with its slim and sleek look. It is very durable, with impressive build quality. One word to describe its build and design is ‘Cool’. Other brands of Windows laptops may have eye-catchy and attractive designs but the MacBook is undeniably undefeated. The Apple logo on the back of the MacBook glows, which is pretty interesting.

Interestingly, there are Windows laptops that are optimized for touch on supported touchscreen devices while some are convertible 2-in-1 Windows laptops. Apple is yet to implement any of these on its Macs.

The MacBook is very expensive. Except you are really keen on its beauty, long lifespan, and screen quality, other Windows laptops are great alternatives.

You can find other Windows laptops with similar system hardware and specifications for half the price of a MacBook. Although this is rare, if your MacBook develops a fault, the cost of repair is high because of its premium hardware design and quality.

Other Windows laptop brands are relatively cheap and affordable. Their cost of maintenance is not as high as well.

Apple’s ‘audacity’ to remove every single port except the 3.5mm and replace them with USB-C remains a major downside of the brand to this day. Windows laptops are not so low on ports, as most brands have maintained, and even increased the number of ports you have on the laptop.

MacBooks are non-upgradable. You are stuck with whatever you get. Windows laptops, on the other hand, are upgradable. So, if you are a tech enthusiast looking to mess with your computer and enjoy a lot more freedom and customizations, the MacBook is not for you.

Read also: How to Factory Reset Windows 10 Without Settings, From BIOS & Boot

Are There Windows Laptops that are better than Macbooks?

Depending on what you are looking for, yes. What you feel gives the best value for your money can be considered better. Some people consider Dell XPS, Lenovo ThinkPad, HP ZBooks, HP Elitebooks, Razer Blades, and Microsoft Surface Pros as able competition to MacBooks. I use an HP Pavilion Gaming, and it sure beats any Macbook I have ever used.

MacBooks are in fact laptops. It’s just that MacBook is a unique name given to this brand of laptops manufactured by Apple.

Which Is a better Laptop, Mac or Windows? And Why?

In this case, the term “better” is ambiguous. In terms of price, the Windows system is better because it is more affordable. In terms of expandable memory and upgradable workspace, gaming, and tech-related activities, Windows laptops are better. In terms of security and professionalism, design and longevity, battery life, and reliability the Mac is better.

There is no one-answer-fits-all for this question. Each person will decide which is best depending on personal preferences.