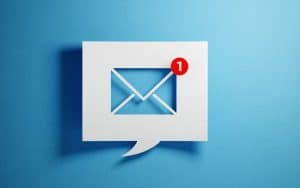 Quite a number of people seem to believe that “Sent” and “Delivered” message tags are the same. However, this is not the case.

If you don’t know the difference between Sent and Delivered message notifications, keep reading to find out.

Difference Between Sent and Delivered? Main Ones

Let’s look at the main difference between the sent and delivered message notifications.

When you see a “sent” tag just after sending a text message, it means your message is on its way to the recipient’s phone number. Meanwhile, seeing the “delivered” tag means the recipient has received your message on their mobile phone.

If your phone only shows “sent” and it doesn’t show “delivered,” it means the recipient is yet to receive your text message.

Why Did My Message Go from Delivered to Sent?

The likely problems associated with this issue are either technical or human-related. We’ve explained the reasons in detail.

1. The recipient’s network carrier may have flagged your message as spam:

Hence, if your message contains some content the recipient’s carrier sees as inappropriate, your message may not deliver. This is even more likely to happen if you are messaging the person for the first time.

2. The recipient’s phone is turned off

If the recipient’s phone is switched off, they won’t be able to receive your message until they turn their phone back ON. After that, all you have to do is wait because your mobile network will keep trying to resend the message, at least for as long as possible.

3. You’ve sent too many messages to that number within a short time:

Similar to the reasons we’ve discussed above, if you send too many messages to someone, your messages may end up in a spam filter.

If your phone number works in P2P designated traffic, you will usually be allowed to send 1 message per second. Therefore, the distribution between the messages you send and receive should also be fairly balanced.

For instance, if the messages you’ve sent out are about 200 and you’ve only received 9, the excessive imbalance will be tagged as a red flag. Consequently, the recipient’s carrier may block your messages.

If you are trying to send a message internationally, there are chances that your carrier may not be able to deliver your message.

If you must send the message, use the correct country code to increase the chances of your message getting to the recipient.

You should also ensure that your carrier allows international text messaging, because if they don’t, the recipient won’t be able to receive your message.

5.  The recipient may have put their phone in “Do Not Disturb” mode

Sometimes people turn ON the Do Not Disturb mode on their smartphones to avoid the disturbance that comes with calls and messages. If the person you are trying to send a message to has their phone in Do Not Disturb mode, your message may not deliver.

You will have to wait until they turn off the Do Not Disturb mode before they can receive your message.

Read also: What does Message Blocking Is Active Mean on Android & iPhone

6. The recipient has blocked your phone number:

If the recipient blocks your number, you won’t be able to contact them either through calls or messages. Hence, your message won’t deliver whenever you send one.

7. The recipient may have turned off the “receive SMS messages” setting on their phone

As weird as it may sound, some people are likely to deactivate their phone SMS messaging. This is most common among people with many applications conflicting with their SMS messaging.

If you are trying to send a message to someone who has disabled their SMS messaging, your message won’t deliver.

8.  You may be texting a landline

You will be surprised that some people still make use of landline telephones. So if you are messaging a landline number, your message won’t deliver because a landline can only receive calls.

9. The recipient is experiencing network issues:

Though it is not a common issue, the recipient’s network may have technical issues. If this is the case, it will cause a delay in the delivery of your message.

10. You are messaging the wrong number:

Funny right? As funny as it may sound, it’s not beyond the possibility that you are attempting to message a number that’s not in operation. To avoid that, you should confirm that you are messaging the correct number.

Read also: Why Do Apps Need Access to Phone Calls?

Here is how to turn it ON.

If you are using an iPhone:

If you are using an Android:

If the above procedure doesn’t work for you, try going to “Settings“>> “Advanced“>> “Get SMS delivery reports.”

The difference between sent and delivered on Grindr is similar to what you’ve learned so far.

Again, the difference between “sent” and “delivered” on Facebook is similar to what you may have already learned.

When you send a message on Messenger, and it reads “sent,” it means your message is already saved to Facebook’s server and is ready for the recipient to view. Meanwhile, the “delivered” message tag means that Facebook has delivered your message to the recipient.

It would mean that they can now view your message.