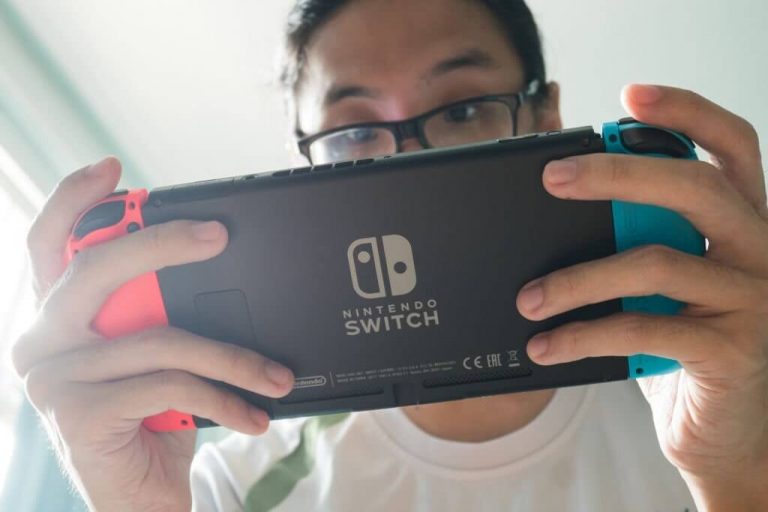 When Nintendo hinted at a new release after the disastrous Wii U console, it was still unclear what the latest product had to offer. Then, finally, the handheld console, Switch, was revealed and became increasingly popular, but there was a drawback. Due to its new features, this fan-favorite gadget was not equipped to play Wii games.

Still, the situation is not a black and white one. Some alternatives are available if you want to play Wii games on Switch. And if you have gotten to this point in the article, you are probably wondering what these options are.

Can You Play Wii Games on Switch?

No, you can’t play Wii games on Switch through the usual methods. This is because the Switch was manufactured without backward compatibility and a disc drive. These features must be present if you want to play your old Wii games on the device.

While Nintendo did not include these features in the Switch, they made the device using cartridges equipped with flash-based technology, eliminating the need for other bulky physical parts. This, in turn, made the Switch a portable device, unlike its predecessors. However, even with the new design, all hope is not lost, as you can still play some Wii games on the Switch.

How to Play Wii Games on Switch Homebrew

To play Wii games on Switch homebrew, you have to be aware of the risks involved with taking that decision.

If jailbreaking your Switch works, you can install several retro, unofficial apps and games, including Wii and Wii U games. NB: Jailbreaking means installing the homebrew application on your Switch, giving you access to a vast selection of games.

However, if you are still willing to go ahead despite the risks involved, follow these steps:

If your screen shows ‘2000-1337’, then the installation was successful. Your homebrew applications and games can now be accessed from the Album icon on the home menu.

If you are not comfortable using this method due to the risk that it comes with, you can stick with playing the Wii games that have been made available on the Switch. In addition, there have been some remastered Wii games that you can get legally.

How Does Breath Of The Wild Run On Wii U?

The legend of Zelda: Breath of the wild runs on Wii U with the following specifications.

How to Transfer Wii Games to Wii U

Here are some things you have to get to transfer your Wii games to Wii U:

Steps to do this

There are some things to note:

How to Play with Friends on Wii U

You can add your friends to your Nintendo network and start playing all your favorite games together by following these steps:

How to Tell If Wii Is Gamecube Compatible

Wii consoles bought in 2011 or after might not be GameCube compatible. However, you will know by checking the console’s Model number. This is how it works:

What Are the Best Emulators to Use for Switch?

Using an emulator for Switch would enable you to play switch games on other devices. And the great thing is that Emulators are considered legal.

However, if you use them to download illegal games or share copyrighted ROMS, it will be tagged as a crime and a breach of Nintendo T’s & C’s. Below are some Switch emulators that would make for an enjoyable gaming experience.

•Yuzu: it is known as Nintendo’s first switch emulator. To add to its credibility, it was developed by the same people who did Citra, one of the best emulators for 3DS games.

In addition, Yuzu is also done in a programming language called C++, which supports high-performance apps.

There is a list of games compatible with this emulator and some titles that don’t fare well on it. The aim is to go for games that would run on the emulator without hitches.

Some of them are Mario Kart 8, Super Mario Odyssey, and Legend of Zelda: BOTW. To download the emulator for use, click here.

• Cemu: This emulator has an advantage because it can run both Wii U and Switch games. It is also frequently updated, so you would be able to access modern games here.

Additionally, Cemu offers other advanced features that make it easy for you to modify games in settings. The options available include graphic packs where you can switch up mods, resolution, and rendering quality, among other things.

What’s more, the games in this emulator can be played at 60 fps. You can download it here.

• Rjuyinx: This emulator is compatible with Linux, Windows, and OSX. It is open-source and written in the C# programming language, giving it precise emulation and an above-average gaming experience. The emulator also has a lot of Switch games available for play.

Furthermore, on their website, they indicated which of their games are still being worked on and which ones contain bugs and glitches.

How Much Do Wii Games Cost?

Wii comes with a vast library of games that is still on the increase. And they all have their various prices. These are some of them:

To find a comprehensive list, with more up-to-date prices sorted from the cheapest to most expensive. Check out Price Charting.

The Switch comes with 32 GB of storage space for games, impacting how many games you can download into the device. However, games like Mario Kart 8 Deluxe, which is (7 GB), and I am Setsuna (1.40 GB) can be downloaded easily.

But when it comes to larger games like Legend of Zelda (13.4 GB). You would have to consider getting a microSD card.

This would increase the storage space and help you download more games without issues. Another thing to note is that digital copies of a game consume more storage than physical copies.

What Wii Games Can You Play on Switch Right Now?

You can play Wii games on Switch now. These games made a comeback with the Switch, and they all have minor to major improvements. Some of them are:

Best Wii U Games That Are Not on Switch

Even with the number of games available to play on Switch, there is still a considerable number that are exclusive to Wii U.

These games might be ported to the Switch later on, or they’ll never make it since the Nintendo Wii U eshop is closing on March 2023. Before that happens, here’s our list of Wii U games that you have to experience

While you might not be able to play Wii games on Switch. There are a few good alternatives, and you can still take advantage of the remastered and enhanced versions of the games available.

However, if you still want to take the drastic action of homebrewing your Switch, then you have to understand the risks before proceeding.