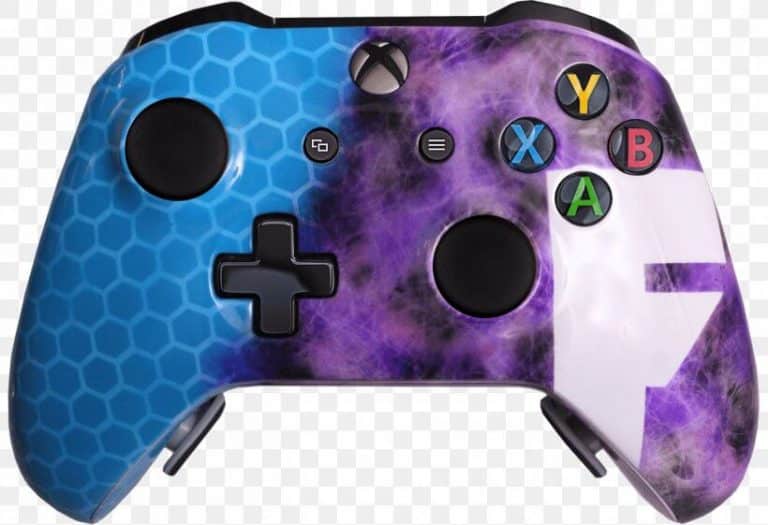 We’ve all contributed to the success of the Fortnite Battle Royale survival game genre. However, one of the latest barriers broken down by Fortnite is cross-platform compatibility. This made it the first video game ever available for full cross-play between major consoles, computers, and mobile devices.

Players worldwide can now compete against each other, regardless of whether they are playing with PlayStation, Xbox, Switch, iOS, or Android. You can download it for free on PC through the Epic Store on your Mac, Android smartphones and tablets, PS4, PS5, Xbox One, and Xbox Series X / S. And what about older consoles like PS3 and Xbox 360? Can you play Fortnite on Xbox 360?

Can You Play Fortnite on Xbox 360?

I hate to be the bearer of bad news, but you cannot and may never be able to play Fortnite on your Xbox 360 and other older generation platforms.

Unfortunately, the Battle Royale that has become a cultural phenomenon cannot be downloaded and played on consoles two generations ago. When Epic Games released the game in 2017, it had already been three years since the launch of the PlayStation 4. And Sony had no interest in making Fortnite compatible with the console of the past generation. Of course, this also applies to Xbox 360, which has been replaced by the next One for some years.

The next-gen PS5 and Series X consoles have been launched, and it is becoming less and less likely that a compatible version of Fortnite will appear for PS3 and Xbox 360.

Is there a hack that makes it possible to play Fortnite on older consoles?

Some daring geeks came up with the idea of ​​installing the Linux operating system on the PlayStation 3 and, from there, launching Fortnite via the Epic launcher.

In theory, this would be possible, but the problem is that the hardware of the old consoles would not be able to withstand the game in any way. It’s rather dated and with completely different architectures compared to current consoles.

Fortnite was developed for the new generation consoles, and extending compatibility to previous models will not be possible. So those looking to download Fortnite on Xbox 360 should forget about it: the game is neither available nor a compatible version in development.

Why Isn’t Fortnite Compatible With Xbox 360 and Older Consoles?

Fortnite needs a nice “engine” to run well and work perfectly. Just think about it, the mobile version needs 3 GB of RAM, an Adreno 530 or higher graphics accelerator, and to have Android updated to Oreo or higher.

That’s a big step up from the Xbox 360 when you consider that the Microsoft console barely has 512MB of RAM.

Will Fortnite do a light development for Xbox 360?

You should never say never since Fortnite has finished its distribution on all popular platforms. It has landed on PlayStation, Xbox, Windows 10, iOS, Android, and Nintendo Switch.

So, maybe Epic Games may think of doing a “light” development for older consoles. But this is very unlikely to happen. And if it does, will Fortnite think as far back as Xbox 360?

With the Xbox UI release in view (2023 possible release date), I think Fortnite will be focused more on developing newer platforms like UI than going back to 2005. Nonetheless, you can still enjoy old-time classics like Assassin’s Creed, Minecraft, and Grand Theft Auto V on your Xbox 360!

Consoles and Devices That Work Well With Fortnite

Fortnite is available on many computer operating systems, smartphone OS, and consoles. You can play it on a Mac, Windows, Android smartphones and tablets, PS4, PS5, Xbox One, and Xbox Series.

Below is the ranking of the best consoles to enjoy Fortnite:

Nintendo’s console is less powerful than Sony and Microsoft’s, but it also has some advantages.

First of all, unlike smartphones and PCs, Fortnite is perfectly optimized to the technical characteristics of the Nintendo platform.

Despite having 30 frames per second and lower quality textures than those of PlayStation and Xbox, the game looks more fluid and even higher quality than in certain mid-range computer and mobile configurations.

On Switch, a detail also stands out; if you play online Battle Royale, you’ll find less experienced players than on other platforms. Without a doubt, this can be a very good option to start with.

Sony consoles require an optimal experience to play Fortnite. On PlayStation 4, we play at 60FPS with very detailed graphics. On PlayStation 5, you can select the 120FPS mode, and the game offers an even more impressive visual aspect.

I must also add that Sony consoles are at a very competitive price, especially if you compare them with that of a computer that reaches similar levels of graphic quality.

3. Xbox One and Xbox Series: a little more power

Microsoft consoles offer levels of graphic quality similar to Sony’s. However, if we look at the most powerful, Xbox Series X, it is one point above the Playstation 5. In contrast, if you look at Xbox Series S, you’ll find a very competitive price (although with fewer features).

However, if you have to choose between Xbox or PlayStation, it is best to do so based on other video games you want to play. This can be ‘Uncharted’ on PlayStation, ‘Halo’ on Xbox, etc.

Today’s mobile devices offer more notable features for their small size. You have one of these devices. So you won’t need to buy a new one to play Fortnite, but logically this platform is not the best for Fortnite.

First, smartphone optimization is more complicated, so even if you have a very powerful mobile, the Epic Games game doesn’t have to work at a great level. On the other hand, the touch controls are very difficult to handle. But the good thing is you’ll be able to connect a controller.

Read also: Can You Play Fortnite on A Dell Laptop?

Fortnite lets everyone play together. The Battle Royale game offers cross-play, cross-saves, and cross-buy between PC, PS4, PS5, Xbox One, Xbox Series X/S, Nintendo Switch, Mac, and mobile versions for iOS and Android. Here we will tell you how it works and what special features there are.

How to Play Fortnite Across Platforms

The most important step for the Fortnite cross-play to work is creating an Epic Games account. And as a console player, you must link it to your PSN, Nintendo, or Xbox account. To do this, log in to the Epic Games website via a browser on your PC, click on “Account,” and then on “Connected Accounts” – or use this link. Next, select the “Connect” button under the desired service and follow the instructions.

Now launch Fortnite on the desired platform, open Battle Royale mode, then open the “Options” menu in the top right corner of the screen. Select “Epic Friends” (the icon with the cone-shaped game pieces), and click on the silhouette with the plus sign next to it in the open list.

Now look for the players you want to play with. Note: You must search for them by their Epic Name, NOT their PSN, Xbox Live, or Switch account username. Once you have found them, you can add them as friends. You will now receive a message and can confirm the friendship.

The rest is easy because now all you need is to invite your friends. First, click on one of the floating plus signs next to your character in the main menu. Then add one or more of your logged-in friends to the group from the list. Now you can start the Battle Royale together!