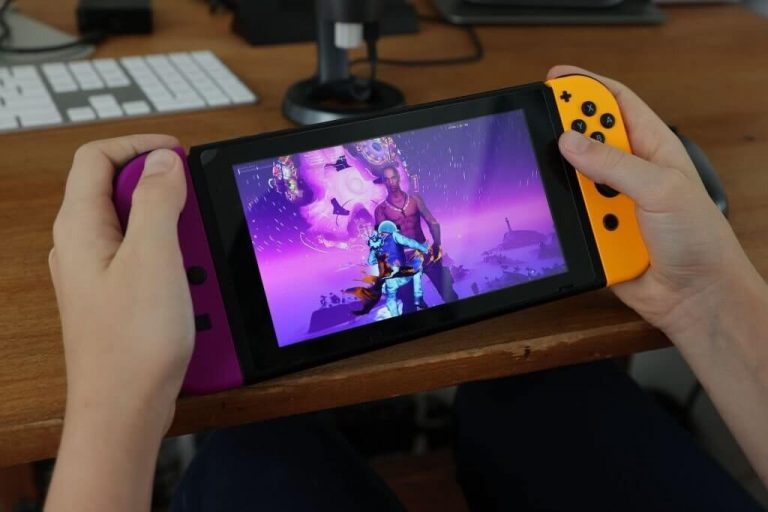 If you’re just a regular gamer and aren’t ready to go into some hacking/emulation, this is not possible. Unlike 3DS, which is a successor to the older Nintendo DS and Nintendo 2DS models, the Switch is a completely redesigned console that is not backward compatible. Therefore, neither the Nintendo 3DS games nor any other accessories are compatible with the new Switch console.

However, if you really want to do this, then you can install a DS/3DS emulator on your Switch. While I wouldn’t advise you to do this, I think that’s the answer to the “can you play 3DS games on Nintendo Switch” question. Note, however, that it can put your console at a risk which is why Nintendo advises against it and is at war with the emulation community.

Can you play 3DS games on Switch?

If you’re not ready for some hacking, Nintendo 3DS games are not officially playable on the Nintendo Switch. The Switch is neither a new edition nor a successor to the Nintendo 3DS, so it only runs games developed specifically for the console. Besides, 3DS is a dual-screen console, and Switch is a single screen, so the games are built differently.

Yes, you can with some emulation!

You will need some emulation done to play 3DS games on Switch. But you most likely won’t enjoy it – there are always performance issues, and Nintendo will most likely block you.

There are now unofficial 3DS emulators for the Nintendo Switch, but they only run on hacked Switch consoles. However, this is no longer easily possible with current Switch models. Also, downloading games for the emulator is illegal.

Many games developed for the Nintendo 3DS would only play to a limited extent on the Switch anyway, as 3DS games often make use of both displays on the handheld – and the Switch only has a single display. Also, the 3D effect would be impossible on the Switch screen.

Can you play DS games on 3DS?

Consumers don’t need to worry about backward compatibility since the Nintendo 3DS supports all Nintendo DS games except those that use the GBA slot accessory.

Other exceptions may be games that have been purchased country-specifically. For example, an American game version may not work on a European Nintendo 3DS.

Problems can also occur with various games in the Nintendo DSi series. However, these are also usually limited to country differences.

Note: These are for educational purposes only, and we neither encourage nor can be held liable for any damage following this would cause to your Switch. In fact, we do not recommend playing 3ds games on Nintendo Switch.

How to play 3DS games on Switch

Even though it’s not officially possible, the only way to play 3DS games on Switch is by installing custom firmware. Then you need to install a custom homebrew.

3DS vs Nintendo Switch – key differences and why we love each

Let’s first look at the fundamental differences between the two consoles:

The Nintendo 3DS is a portable dual-screen console that benefits from the excellent reputation of its predecessors. However, the Nintendo Switch adopts a hybrid concept that allows you to take it with you while serving as a home console.

New 3DS and 3DS XL are the latest models in the family that allow you to optionally view games in three-dimensional images without wearing any glasses. Furthermore, they have a facial tracking system that detects the player and modifies the viewing angle of the 3D effect.

Switch is Nintendo’s most recent console, and I like that it is a hybrid model between a portable and desktop console. So, you can start a game comfortably from your sofa and then take it with you to continue playing anywhere.

Switch consists of the console, which can be separated from the controllers (called joy-cons), the two controllers, and a base into which the console can be inserted.

There are three ways to play: in TV mode, by placing the screen on the base and separating the two controls (called Joy-Con); in desktop mode, designed for when there is no television and the screen is placed vertically, holding it with a pin, and in portable mode by attaching the controls to the sides of the console.

2. The technical power of the two consoles

The Nintendo 3DS compensates for its modest power with a double screen, one of which has touch functions. As its name suggests, a 3D option is available. You get a standard HD resolution (720p) for the Switch, and it can suit a living room TV and the 6.2-inch portable screen. This is also tactile.

3. For which player profile?

Like its sister, the Nintendo 2DS, the 3DS is primarily for a young audience. This is not only due to the content offered but also to the robustness of the console, its autonomy, and its accessibility.

On the other hand, the Switch is aimed at gamers looking for a different way to play. With multiplayer games such as Mario Kart 8 Deluxe or Super Mario Party, it is also suitable for a family audience. However, fans of handheld consoles will be won over by the two models with different game offers, despite common franchises.

What games can the Switch play online with other 3DS?

Is there an adapter to play 3DS games on Switch?

Unfortunately, there is no adapter to play 3DS games on Nintendo Switch. Neither the Nintendo 3DS games nor any other accessories are compatible with the new Switch console. There will also be no support for 3DS modules in the future, as the Nintendo Switch does not have a suitable slot.

The DeSmuMe emulator is only designed to play DS games. DeSmuMe, which also bears the tagline “Nintendo DS Emulator,” makes it explicit enough on its landing page that “We won’t make a 3DS/2DS emulator.”

If you’re looking for an emulator that runs 3DS games, check out Citra.

When does Minecraft come out for Nintendo 3DS?

Minecraft was digitally released on the Nintendo eShop in 2017 and was first made available in North America and Asia. The Nintendo Switch version was first released on May 12, 2017, and the New Nintendo 3DS version on September 14, 2017.

Games you can place on both 3DS and Nintendo Switch

Games you can place and play on both 3DS and Switch include Captain Toad and Dragon Quest XI. Luigi’s Mansion, Persona Q2, and WarioWare Gold can play on 3DS to 3DS. Meanwhile, Fire Emblem, Dark Souls Remastered, and Bloodstained can be played on Switch.

Does Minecraft 3DS have local multiplayer?

Yes, Minecraft 3DS now has a local multiplayer. The Minecraft development team announced on Twitter in 2018 that local multiplayer is now available. This means that we can play the project offline with other users who also have the console.

Of course, first, you will have to update the game. However, this feature is relatively easy to set up and run. You need to connect the two consoles locally, use wireless connections, and play on the same stage.

Read also: How To Stream Nintendo Switch Without a Capture Card

Can you play old DS games on 3DS?

Yes, unlike Nintendo Switch, you can play most games from the DS family on your 3DS. However, this doesn’t include games using GBA slots. Also, DSi games taken outside of the PAL region can’t be played on a 3DS.

Can Switch Lite play all games?

The Switch Lite is only compatible with Switch games which are playable in handheld mode. Games that require Joy-Con features like the HD rumble, motion sensors, and IR Motion Camera cannot be played on Lite.

Can you transfer games from 3DS to Switch?

Due to backward compatibility, you cannot transfer Nintendo 3DS games to Nintendo Switch. In addition, 3DS is dual-screen, and Switch is a single screen, so the games are different from each other.

However, Nintendo has already ported some games initially released for the 3DS to the Switch. Examples are Resident Evil Revelations, Monster Hunter Generations, Rune Factory 4, or Xenoblade Chronicles. So, your favorite 3DS game may already be available in an adapted version for the Switch, although you’ll have to repurchase it.