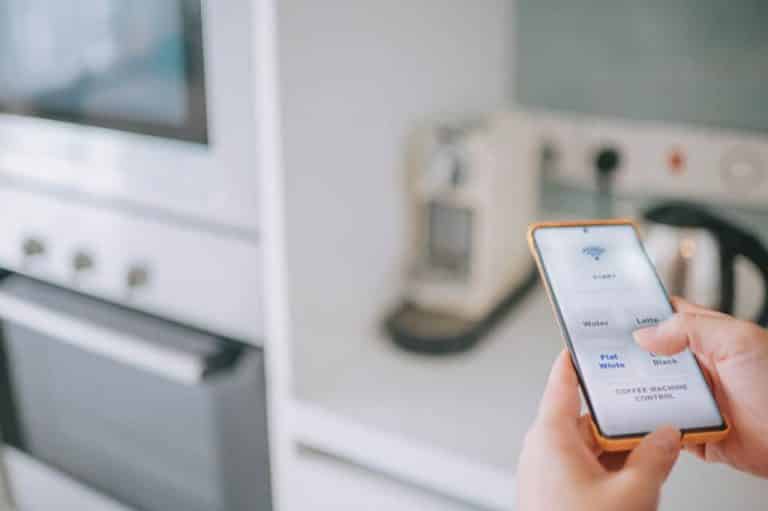 Here’s a list of the best universal remote apps for non-smart & smart TV sets. I’ll review their features, tell you what operating systems they support and whether they’re free or paid for.

The real perk with these apps is that they can be used for controlling multiple TV brands and various electronics (like your home theater, air conditioner, DVD, etc.). With no further ado, here they are!

The first pick on my list of the best universal remote apps for Non-Smart & smart TV is this remote control from Vsray Technology.

This is a free-to-download app for Android users. The universal TV controller is compatible with non-smart and smart TVs from Samsung, LG, Hisense, Toshiba, Sony, Vizio, Insignia, Philips, Sharp, MI TV, Roku to JVC. The app is also compatible with more than 220,000 models of home theaters.

With a download size of 9.93 megabytes, it’s a very light file. It’s an IR-based TV remote that also works with Wi-Fi. Some of the key features of the universal remote control include power control, volume control, and channel lists.

Downloaded more than 100 million times on the Google Play Store, the CodeMatics-developed app is one of the most popular universal remote apps for non-smart & smart TV.

However, the app has a download data size of just 7.77 MB and it’s totally free. So, you can try it out to see if it’ll be compatible with your TV. Just ensure the TV and your smartphone where you have the app installed are connected to the same WIFI network.

According to users, it’s a user-friendly app that functions exactly as is described. However, a few users mentioned that there were too many ads while others said they would have appreciated if the developer provides a set of instructions to follow.

Here is another application that can turn your smartphone into a universal remote control for your smart televisions. Besides its 4.5 user rating and impressive user reviews, what I liked about the remote was the sleek and beautiful graphical interface that makes your smartphone screen look like a real hardware remote.

Easy to set up, all you need is stable internet. You don’t need to link them up wirelessly with WIFI. All you need is an IR-supported smartphone or a tablet. The universal TV remote works for all TV brands – or maybe almost all, including Samsung, LG, Sony, and Panasonic.

This app is still relatively new and is still on its first version. Notwithstanding, the best thing about the remote controller is that it’s ultralight and works as described by the developer.

It currently has a 4.8/5 user rating with more than 25,000 reviews, which proves almost all users were impressed by its functionality and performance.

However, the app can only be installed and used on smartphones with a built-in IR blaster. The software can also be used for controlling other electronic equipment such as your AC, soundbar, home theater, and many more.

5. Remote Control for All TV

This application is completely free and made available for Android users. It’s compatible with all brands of smart TVs on the market.

All you have to do is synchronize it with the television. This is done with a simple method, which consists of choosing the TV model from the list that appears in the drop-down menu of the application.

Some of the special features of the app are the Background Changer, Eraser & Booth Photo Editor functionalities. Also, it’s a quite versatile remote system that – asides from smart TVs – can control set-top boxes, the air conditioner, camera systems, projectors, DVD players, and more.

Developed by SoomApps for Android users, the MyRem remote controller is also one of the best universal remote apps for non-smart and smart TVs which you can find on the Play Store. Its interface is simple and minimalist. With the app, you can vary the volume, change the channel and access the inputs of your television.

To start using the app after downloading, select your TV brand, and connect. If your device won’t work with the app (if it has no IR blaster, for example), it’ll tell you “Your device isn’t compatible with this version” on the download page.

Apple fans gather here! The universal TV remote from Kraftwerk is designed for use on iPhone, iPad, Mac, and iPod touch.

To use the smartphone after installation, you’ll need a hardware remote. And when the app is linked with the TV, you wouldn’t need the hardware remote anymore.

Note that while the remote works for many smart TVs, it’s not compatible with all television brands.

Also designed for Mac and iPad users, the Universal Remote TV Control 4+ is developed for Samsung, LG, Sony, and Philips televisions. Developed by Desidari Holding Ltd, the app is 93.77Mb in size and is compatible with iOS and Mac devices with iOS 12.1 and macOS 11.1 operating systems or later.

Without a doubt one of the best universal remote apps for non-smart and smart TV and Apple devices, this application works with WiFi and is pretty easy to use. The software is free to use but there are in-app purchases to get access to key features.

I featured the CodeMatics universal TV remote control app for Android users earlier on. And now, this is the version designed for iPadOS users. The software is developed for hundreds of TV brands such as Sony, Samsung, Fire, LG, and Roku.

The remote controller is compatible with Android televisions and many more smart devices. Some of the top features available on the app include the Power Control, Mute/Volume Control, Channel lists, Play/Stop/Reverse/Fast Forward, and many more.