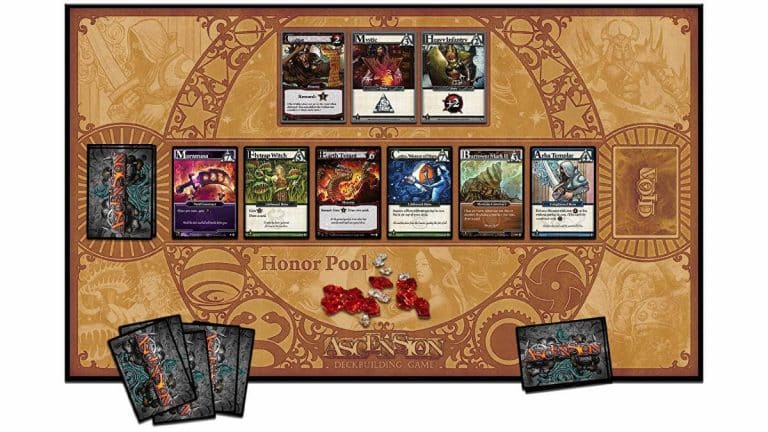 Most people – if not everyone – love games, but not everyone likes to spend money on games. Some feel it’s a waste of time and resources. I understand, I mean, you’d have to be comfortable before paying for luxuries, right? But that’s not a reason to give up on your fun and excitement. There are tons of free games on the net, you just have to dig in and find your favorites. For your sake, I’ve prepared a list of roguelike deck building games for Android, and trust me, they are free.

The first game on my list of roguelike deck building games for Android users is Ascension. You are one of the warriors capable of defending your world from Samael, but you’ll need help from Heroes and Constructs. Samael is a fallen god who has invaded your long-protected world, Vigil. The world of Vigil consists of four realms: Ogo, Arha, Hedron, and the Void. As expected, each player starts with decks with the worst cards. But while playing the game you must acquire cards that’ll help you build a deck worth the greatest victory points.

Another Roguelike game; this is rather old-fashioned but quite similar to Nethack. Just like Nethack, you’ll have to pick a character before you begin playing Pathos. Amongst the characters, you’d find typical characters like Warriors, Magicians, Rogues and you’ll also find non-typical characters like Samurais, Cavepeople, and Tourists. Although the game has a unique tileset by default, you can always change it whenever you please.

Next on my list is a pretty amazing roguelike deck building game for Android. Its gameplay mechanics and strategies are terrific!

There are four factions (teams) and they each have their unique gameplay and cards. Each team also has different Heroes. War of Omens has three gameplay modes: Campaign, Tournament, and multiplayer, so feel free to explore all. It also has three types of cards: Coins (available to any faction), Normal cards, and Heroes (which belong to one of the teams). Enjoy a whole new world of fantasy as you battle beasts and collect cards and heroes that constantly change the game layout.

Void Tyrant is another super-exciting role-playing game you don’t want to miss out on. You have a deck containing numbers from 1 to 6. As a player, your job is to draw cards from this deck and try as much as possible to get close to 12 but you mustn’t go over.

The further you go in the game, the better the cards become. Every world or planet has quests and secret areas. So no matter how many times you play this game, there’s always something to get you excited.

If you love Trading card games (TCG) and Collectible card games (CCG) spiced up with magic, fantasy, and strategy, this game must have been specially made for you. You get to encounter fantasy characters like Vampires, Orcs, Elves, Dragons, and Wizards.

You also have combat epic bosses in a world of forests and dungeons. As you progress in the game, you get to unlock new skills and upgrade your heroes. There’s a lot of fun stuff to do in this game (Drakenlords) but you’ll never know if you never give it a try.

Here’s another free roguelike deck building game for Android with awesome gameplay. Your goal is to go as far as you can in the dungeon but once you lose your life, you’d have to start over from Act One. So to last long in this game, you’d need to be properly armored, all the time!

Most importantly, you must know your deck. Some cards can change your game or battle and using your card effectively will go a long way in prolonging your survival. And remember, the longer you live, the stronger you get and the more rewards you get. Have fun trying to stay alive!

Some say Rogue Adventure is pretty much like Slay the Spire, I don’t know about that but I know that Rogue adventure is one addictive roguelike deck building game for Android. In Rogue Adventure, your job is to go through as many dungeons as possible, loot treasures, and combat enemies while continuously building your deck. You may find the numerous ads popping up on your screen tiring but what can we expect from a free game, right? With its light but well-constructed content, this game is sure to keep you entertained for long.

Now if these aren’t the best roguelike deck building games for Andriod, I don’t know what else is. As I said, this list contains free games. Although you might have to pay for some features, the basic features and items are free and you’d find most of them on the Google Play store.

I’m positive that if you give every game on this list a try, it’d be very difficult to pick your fav. Have fun playing!