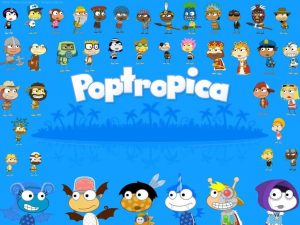 For those of us that know Poptropica, you must like the creativity, adventure, quests, and all those fun stuff you get to do in this game. And for those that don’t know, Poptropica is an online adventure game that helps you test your creative and imaginative skills. Customize your character, beautify your home, fight monsters, complete tasks, adopt pets, and interact with friends. In this article, I’ll be giving you a list of online games like Poptropica. Enjoy!

Ready for some adventure? You better be, because Jenny LeClue is an online game like Poptropica directed at solving puzzles and mysteries, exploring an atmospheric world, socializing with tons of interesting characters, and loads of adventurous activities. The main character, Jenny LeClue is a young and dedicated detective who must vindicate her mother of homicide and expose the real culprit. You should also know that in this game, the choices players make have a great impact on the entire game. Players will have to interact with one another, they must also detect who’s lying.

2. NIGHT IN THE WOODS – Best Games like Poptropica Online

This one’s for the adventurers who like to go solo. Being a single-player adventure game, you’ll play the role of Mae. Mae is a young college dropout who moves back to her hometown, Possum Springs. One night, while Mae is in the woods, she discovers dark secrets that the town has hidden for many years. The secret has to do with the town’s recently closed mine and the disappearance of Casey, an old-time friend of hers.

Come home, explore the town, meet dozens of new characters, and discover dark secrets. Have fun while living the exciting story of Night in the Woods!

Designed by Disney, Club Penguin Island is an MMORPG (Massively multiplayer online role-playing game. The game has a variety of features with different areas and zones. Every player’s progress is measured according to their penguin levels. You’ll increase your penguin level by completing daily tasks and adventures and each time you reach a new level, you get rewards. Completing quests also earn yield coins and experience points. Club Penguin Island is one of our amazing online games like Protropica you don’t want to miss out on.

Have you ever had a game idea but never had the opportunity to implement it? Roblox is a platform that gamers can use to program games while their fellow users play the games. What’s more exciting is that you can create games with a group of friends, so everyone gets an equal chance to bring their ideas to life. And if you need items to decorate your character, you can always purchase them with the in-game currency called Robux. Generally, Roblox has received mostly positive reviews since its debut so you’re probably going to love it!

Transformice, which is sometimes known as TFM or T4M is a free-to-play multiplayer online game. It involves a multitude of mice running to return the cheese. To collect cheese, you must touch it and the cheese must be taken back to its map’s mouse hole. Each map may have a different number of cheese and mouse houses.

Scores are rewarded to player’s permanent stats for collecting cheese, you also get bonus points for coming first, second or third. A player becomes a Shaman when they score the highest points on the scoreboard. There are loads of fun activities to keep you busy in this game. Trust me, Transformice has so many features that make it a great fit for this list of online games like Poptropica.

If you’re a fashionista, a supermodel, or you just like to play dress up, then this game is for you. Each player starts by selecting their character called Lady. After this, you can change your character’s initial hairstyle and makeup. You can even acquire and decorate an apartment for her and don’t forget to communicate and cooperate with other players while you’re at it.

You also get to compete with other players for the best apartment, the best party, and the best Lady. The best part is that you must try your best to make her popular by winning these competitions.

Last but not the least of online games like Poptropica is Fishao. Your job is to catch about 400 distinct fish in 10 distinct areas. You get to customize your character, beautify your home, and even socialize with players around the world. Just so you’d know, your ultimate goal is to win the famous fishing competition.

Although some complain that character interaction gets annoying sometimes, I think that its colorful graphics and amazing gameplay is to die for. Trust me, by the time you’re done trying these games out, you’d want to thank me. Oh and don’t forget to clear your schedule, these can be super addictive!