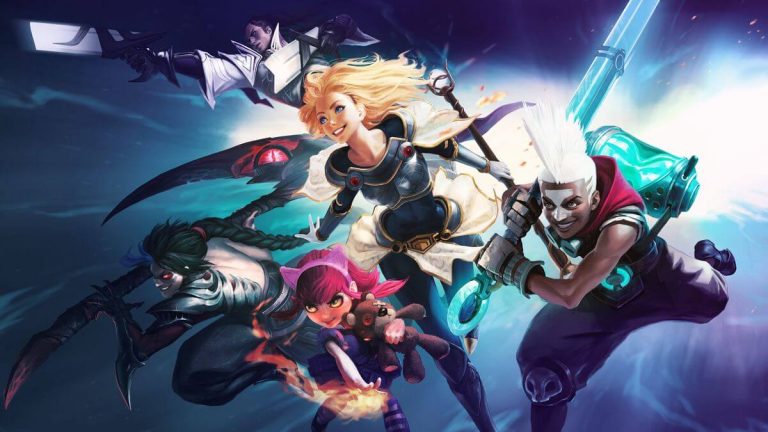 League of Legends is a very popular online battle arena game for mobile. Your job is to kill enemies, both player and non-player. Every champion has their own story and special abilities, usually one ultimate ability and 3 regular ones. This game is quite amazing but there are a few other mobile games like League of Legends for Android and iOS users that you’ll love to try.

Best Mobile Games like League of Legends for Android and iOS

1. ARENA OF VALOR – Best Games like League of Legends for Mobile

If you’re really looking for mobile games like League of Legends for Android and iOS, then Arena of Valor should be the first on your list. It’s a multiplayer online battle arena (MOBA) game. Your main objective is to obliterate the enemy core.

Arena of Valour has 3 modes namely; Abyssal Clash, Grand Battle and Valley Skirmish. You get to control characters called Heroes and each of them has their special abilities. Try to have fun with this game as you discover many awesome features.

This game reminds me of DOTA 2, where the players get to play in groups of three while trying to sustain the highest victory points. There are so many characters to choose from but they will not be unlocked at the same time.

At the start of the game, you get three characters for free. The outstanding graphics and terrific gameplay will sweep you off your feet at first try. The Witcher Battle Arena is the perfect fit for touch screen devices, I guess that’s why it’s fit to be on this list of mobile games like League of Legends for Android and iOS.

This game is more like a tag-team duel. Your team gets to battle against another team and both teams have three to five players. Each team gets to control an avatar known as the Hero. Your main objective is to destroy the Vain crystal in your enemy’s base and the enemy turret. There are in-app purchases that can help you upgrade your heroes’ ability. Although some items have to be purchased with real money.

This one’s quite similar to the previous game, it involves two teams battling against each other. There are above 20 characters that players can choose from, each having its unique ability. There are tons of cool skills to use but you’ll have to unlock them one after the other.

Your job is to try as much as possible to destroy the enemy’s tower while making sure they don’t get to yours first. Lucky for you, you’ll have minions that’ll help you out with this. Some may say that Heroes Arena is not exactly a unique game but its gameplay and graphics will cover up for all of that.

It’s also wise for you to upgrade your skills as much as possible. Its intriguing game modes as well as its awesome visuals are features that make it worthy to be a mobile game like League of Legends for Android and iOS users.

6. DUNGEON HUNTER CHAMPIONS – Best Games to Play If You Like League of Legends

This one’s a combination of MOBA and RPG! Pretty sick, right? You’ll begin with one character but as you progress, you can acquire tons of awesome characters. It has both single-player and multiplayer mode, so feel free to tag your friends along. You can acquire champions as rewards for completing missions but the major way to acquire weapons is by summoning them. You get to battle dozens of monsters while completing quests and keeping yourself and team members alive.

Now, for the last and definitely not the least, DOTA 2. Dota which stands for Defense of the Ancients is a multiplayer online battle arena game developed by Valve. In this game – 2 teams consist of 5 players – each player controls a character and each team must try to attack the enemy’s base while defending theirs.

For your heroes to successfully defeat the enemy, you may need to upgrade your hero’s skills, this can be done by acquiring Experience points and looting items. Every day, millions of people meet online to play this fantastic game and I totally understand why. Its gameplay is super engaging, so you might give it a try.

Now, this is definitely my best list of mobile games like League of Legends for Android and iOS. But you’re never gonna know if you don’t give’em a chance. Trust me, by the time you’re done with them, you’ll be back to thank me.