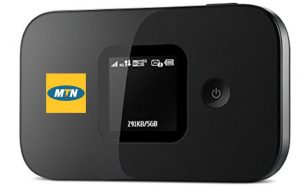 For us, digital nomads getting a high-quality MIFI device in Nigeria can be very hard, especially in a sea of low-quality, Chinese-made MIFI devices. We also have to deal with the cost of internet browsing that could go from completely being too expensive to not being the fastest when we need it for downloads and uploads.

So I went through the pain of actually getting pretty much all these MiFi devices and I tested them for the quality of their batteries, the speed of the internet, and the costliness of buying the internet data to even the quality of the MIFI build. You can trust that every single MIFI I have on this list of the best MIFI devices in Nigeria is high-quality and durable.

Spectranet is probably one of the biggest names in the internet data and coverage business in Nigeria, and while they do not have coverage in most of Nigeria’s cities, you can trust the quality of their services in the three to four cities in which they’re presently operating out of.

I have used the company’s routers and MiFi devices for a few years, and you’re sure to get one of the best internet connections from anyone in the industry. When it comes to data, Spectranet has a lot more data bonuses than most of the other companies; in fact, you’re given a double data bonus if you subscribe on days in which they are running their double-data deals, usually on Tuesdays, Fridays, Sundays and Holidays.

Overall, the range of MiFis you get from Spectranet is one of the few I will be recommending in this article, for being cheap, having strong coverage especially if you’re in Lagos, Ibadan, Port Harcourt, and Abuja, and for having plenty of free data deals every week.

Swift is another big name in the internet game in Nigeria, and if you’re looking for an “Okay” company that is an alternative to Spectranet, then you might want to settle for Swift. You should know that Swift, like Spectranet, is mainly available in a few cities; Lagos, Abuja, and Port Harcourt right now.

The company has good internet connection speed for watching youtube videos, Netflix shows and holding video conferencing meetings, and you’re sure to get one of the best internet data deals. The company doesn’t have as effective customer support as Spectranet on our test, so you want to consider that in case you have issues with your router and you need help urgently.

If you just don’t want to settle for any of these sole internet service providers, then one telecommunication giant you would want to invest in is MTN.

We all know how effective MTN has been in giving good, fast, and stable internet connections on mobile, so getting to use their MIFI devices and getting the same amount of data is sure a great deal. But you should know how expensive MTN data plans can be both on mobile and with these MIFI devices.

While Spectranet gives you a double data bonus on certain days of the week, Swift gives you very cheap data bundles and these don’t quickly get exhausted, but the same cant be said of MTN. Their data plans are cutthroat expensive, and they get finished way faster than the first two options we have here. The only reason we have MTN here is their wide coverage and the speed, nothing more. So unless you’re outside the coverage areas of the first two providers, MTN isn’t going to be something I’d recommend as the first choice.

If you need a good internet connection, without much thought to speed, then I will give Airtel a pass. I believe Airtel has an okay coverage in pretty much all major cities in Nigeria, so browsing with this router is sure to give you one of the best in terms of speed.

From experience, while Airtel MIFI doesn’t deliver as much speed as MTN MIFI, it doesn’t consume data as much. You can use this MIFI for almost all work-related and relaxation internet demands, which is one of the best things about the MiFi.

Read also: Airtel Data Plans and Subscription Codes for Android and Other Devices