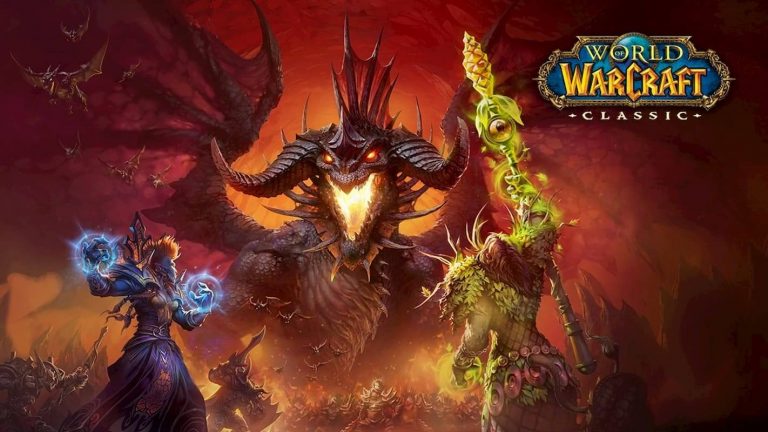 Although World of Warcraft is more than a decade old, it remains one of the best massive multiplayer online role-playing games (MMORPG) ever! Despite so many attempts by developers to imitate this game, it remains the favorite for passionate fans.

But no matter how awesome a game is, you may get bored of playing it all the time. That’s just how the human mind works, it detests the monotony. It may be tough to replace World of Warcraft but there are lots of great games like World of Warcraft for PS4, PS5, and Xbox One.

Best Games like World of Warcraft for PS4, PS5 & Xbox One

1. The Witcher 3: Wild Hunt – Best Games like Warcraft for PS4 and PS5

If you’re thinking of games like World of Warcraft for PS4, PS5, and Xbox One, think Witcher 3: Wild Hunt. This game is based on the fantasy novel series, The Witcher. The Witcher 3: Wild Hunt, produced in 2015 is the third game in the Witcher game series. The fantasy setting is just as intriguing as that of World of Warcraft. In the game, players control a character known as Geralt of Rivia. The character is on a quest to find his missing daughter who’s running from the Wild Hunt, a force trying to capture her.

The most exciting part of this game is that players don’t battle with weapons only, they also make use of magic! Players can also improve the character’s abilities by completing quests to attain gold and extra points.

This game has received praise for its design, visuals, and storyline, including several awards for ‘game of the year’. It is no doubt a worthy substitute for WoW.

2. Cyberpunk 2077 – Best Games Like World of Warcraft for Xbox One

Published by CD Projekt in 2020, Cyberpunk 2077 is another mind-blowing video game. As a player, you get to control a character called V whose features can be customized. There are 3 types of weapons: Power, Tech, and Smart. What’s more, with non-lethal weapons, you can complete the game without killing anyone. So if you are one of those who strongly abhor the idea of violence or brutality, you should try this one.

Assassin’s Creed Valhalla is another action-packed role-playing game similar to WoW. It’s the 22nd game in the Assassin’s Creed series. Instead of the usual Ancient Greece or Ancient Egypt setting, it takes you back to the Dark Ages where you get to control a character called Eivor, a Viking raider. He finds himself mired in the conflict between the Templar Order and the Brotherhood of the Assassins. The authenticity of its Ancient English setting is incredible, it makes everything feel so real! And the visuals are just so impressive. Most fans of this game would agree that it’s one of those great games like World of Warcraft for PS4, PS5, and Xbox One

Final Fantasy XV is the fifteenth and the first action role-playing game in the game series, Final Fantasy. It was first released in 2016 for PS4 and Xbox One. Final Fantasy XV features an open game setting where players get to control a character known as Noctis Lucis Caelum. He is the Prince of Lucis who must fight to reclaim his kingdom and destiny. One feature I love about this game is the Wait mode. It freezes time, thereby allowing the player to freely choose actions and targets. Plus, it favors the PS4, PS5, and Xbox One’s social media function, hence, players can share screenshots and videos online.

Kingdom Come: Deliverance is a medieval role-playing video game that was developed by Warhorse Studios. I particularly love this game because of its story. The son of a blacksmith survives the invasion of his village by a Hungarian King, Sigismund, hence is on a quest for revenge. In general, this game has been lauded with awards, positive reviews, and praises from critics and passionate fans.

So if you’re looking for games like World of Warcraft for PS4, PS5 and Xbox One, Kingdom Come: Deliverance had better be on that list.

Nier: Automata is an action-packed RPG (role-playing game) released by Square Enix. In this game, every chapter contains sub-chapters and as a player, you get to control combat androids. One of its most intriguing features is that players can muster a wild animal or even operate a flying machine to combat enemies. The three major characters 2B, 9S, A2 are the remnants of human civilization. This game has 27 endings which can only be attained after you meet certain conditions.

The last on my list of games like World of Warcraft for PS4, PS5, and Xbox One is Final Fantasy VII: Remake. As the name implies, it is the remake of Final Fantasy VII which was released sometime in 1997. The story and character used in the Remake are the same as that of the original so you don’t have to miss the feeling of the original one. A wide variety of spells and abilities are available for use. Plus, players can switch between party members whenever they choose.

There you have it, some awesome games like World of Warcraft for PS4, PS5, and Xbox One!